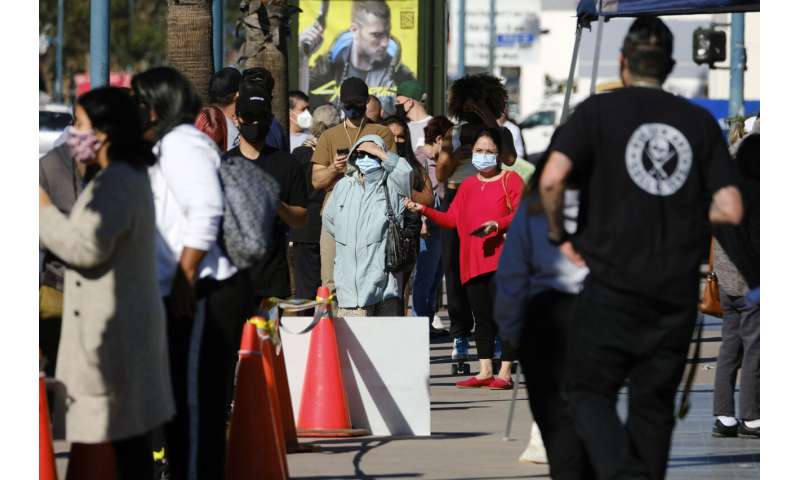 With a COVID-19 vaccine perhaps just days away in the U.S., most of California headed into another lockdown Sunday because of the surging outbreak and top health officials warned Americans that this is no time to let their guard down.

A Food and Drug Administration advisory panel is scheduled to take up a request Thursday to authorize emergency use of Pfizer’s vaccine. Vaccinations could begin just days later, though initial supplies will be rationed, and shots are not expected to become widely available until the spring.

With the U.S. facing what could be a catastrophic winter, top government officials warned Americans anew to wear masks, practice social distancing and follow other basic measures—precautions that President Donald Trump and other members of the administration have often disdained.

The virus is blamed for over 280,000 deaths and more than 14.6 million confirmed infections in the U.S. New cases per day have rocketed to an all-time high of more than 190,000 on average.

Deaths per day have surged to an average of more than 2,160, a level last seen during the dark days in April, when the outbreak was centered around New York. The number of Americans in the hospital with the coronavirus topped 100,000 for the first time over the past few days.

Dr. Scott Gottlieb, a former FDA commissioner, warned on CBS’ “Face the Nation” that the U.S. death toll could be approaching 400,000 by the end of January.

“As bad as things are right now,” he said, “they’re going to get a lot worse.” 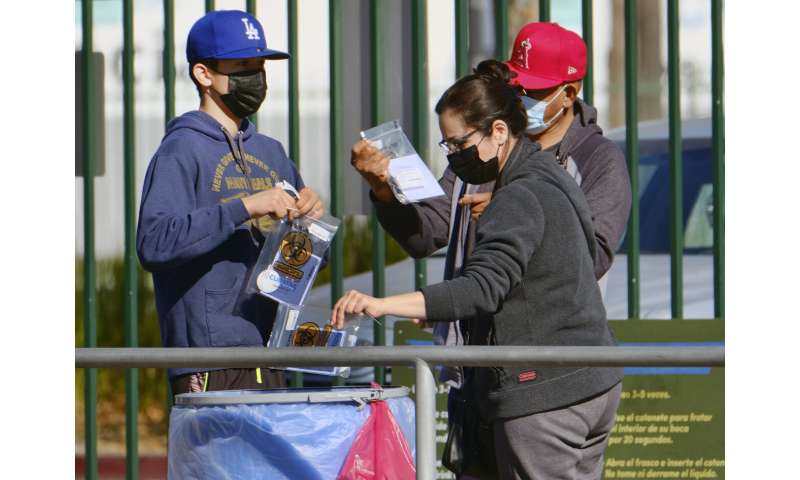 In California, the first place to enact a statewide lockdown last spring, new stay-at-home orders were set to take effect Sunday night in Southern California, much of the San Francisco Bay area and other areas.

The new rules in the state of 40 million people prohibit residents from gathering with those outside their household. Retailers including supermarkets and shopping centers can operate with just 20% capacity, while restaurant dining, hair salons, movie theaters, museums and playgrounds must shut down.

Hospitals in California are seeing space in intensive care units dwindle amid a surge in infections. California health authorities imposed the order after ICU capacity fell below a 15% threshold in some regions.

Some law enforcement officials, though, said they don’t plan to enforce the rules, and some business owners are warning that they could go under after a year of on-and-off closings and other restrictions.

California Gov. Gavin Newsom said he hopes the new lockdown order is the last one he has to issue, declaring the vaccine offers “light at the end of the tunnel.”

The Centers for Disease Control and Prevention is recommending that health care workers and nursing home patients get priority when the first shots become available.

Both Pfizer’s vaccine and a Moderna vaccine that will also be reviewed by the FDA later this month require two doses a few weeks apart. Current estimates project that a combined total of no more than 40 million doses will be available by the end of the year. The plan is to use those to fully vaccinate 20 million people.

Dr. Moncef Slaoui, head of Operation Warp Speed, the government’s vaccine development program, suggested on CBS that using those 40 million doses more broadly to reach 40 million people right away would be too risky, because of the possibility of manufacturing delays that could hold up the necessary second doses.

“It would be inappropriate to partially immunize large numbers of people and not complete their immunization,” he said.