Heart attacks typically happen when the inside of one or more of a person’s coronary arteries become narrowed due to a gradual build-up of artery-clogging plaque. If the blood supply to a portion of the heart is completely cut off by a blockage, the result is a heart attack. According to studies, drinking black tea could help one reduce their risk of getting a heart attack. How can the nation’s favourite drink help stave off risks of a heart attack?

According to data published in 2012 in Food & Function, black tea may reduce the risk of coronary heart disease and stroke by 10 percent to 20 percent.

In 2000, one of the largest studies on the impact of tea drinking on heart health was published in Arteriosclerosis, Thrombosis and Vascular Biology.

The study followed more than 37,000 people in the Netherlands for 13 years and found that people who drink plenty of tea are less likely to die of heart disease than people who don’t drink tea. 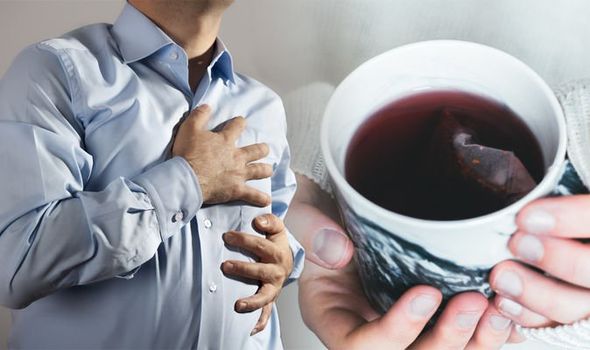 Study participants who drank three to six cups of tea per day were 45 percent less likely to die from heart disease than those who drank less than one cup and drinking more than six cups of tea per day was associated with a 36 percent lower risk of developing heart disease than drinking less than one cup. Black tea, in particular, has many heart-health benefits.

In fact, a 2012 study published din Preventive Medicine found that drinking three cups of black tea per day for 12 weeks led to significant reductions in blood sugar levels of antioxidants, which can protect against oxidative stress and inflammation.

What the doctor says

Dr Tim Bond said: “We know there are a number of lifestyle interventions such as weight loss, improved diet and increased activity which will help reduce the risk of heart disease or a stroke, but the reality is that a large percentage of the population is not adopting these strategies.

“Given the huge burden of heart and vascular disease in the UK, even a modest reduction in risk could save thousands of lives.

“The beauty of turning to tea to help reduce risk is that it is easy, appealing and infinitely achievable.”

Other ways to help

To maximise the beneficial effects of tea, it should be  throughout the day because it functions as an antioxidant, so it keeps a high in the .

Studies also support the timing of black tea drinking and how important it is.

A 2004 study in Circulation found that when mice were fed a high cholesterol diet and then injected with the tea extract, they had 55 per cent less plaque in their arteries after three weeks. 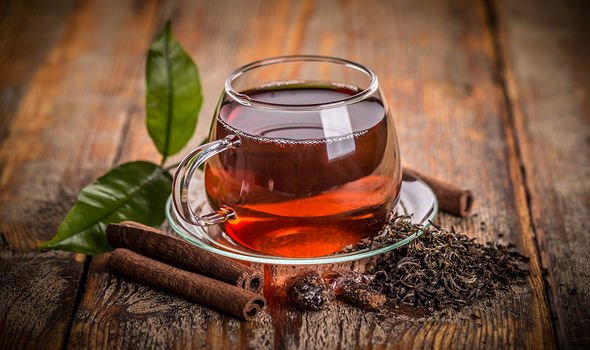 According to the World Health Organisation the eight risk factors for a person having a heart attack include alcohol use, tobacco use, high blood pressure, high body mass index, high cholesterol, high blood glucose, low fruit and vegetable intake, and physical inactivity.

Drinking black tea throughout the day may help combat the risks of a heart attack. Medical experts suggest opting for black tea rather adding milk for maximum health benefits.

A squeeze of lemon juice could be added which is a source of vitamin C and adds an extra health boost to your cup.