What happens when the two new kids on the fitness and nutrition block get together?

You get a synergistic health effect that is more than the sum of its parts, according to an interesting new Australian study published in Cell Metabolism. 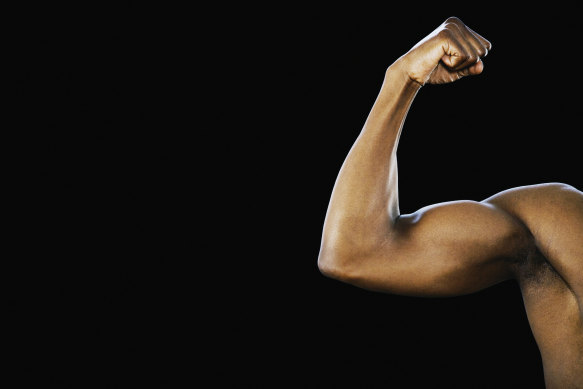 TRE and HIIT together are stronger than each on their own.Credit:Getty

We know exercise maintains our muscle mass and has significant cardiovascular benefits. In the last five or so years it has also become clear that we can get as much or more bang for our buck by doing short, intense workouts via high-intensity interval training (HIIT). This is important given the majority of Australians don’t meet the physical activity guidelines and a lack of time is often a barrier.

Running in parallel is the increasing research focus and appreciation of time-restricted eating (TRE) as a practical way to deliver the health and metabolic changes that unsustainable diets cannot. This is important in a world where metabolic and weight-related health issues are on the rise.

Both TRE and HIIT are also known to reduce visceral fat, high levels of which are associated with insulin resistance.

So, what happens when you combine the two? This is the question Professor John Hawley, an exercise biologist and director of ACU’s Mary MacKillop Institute for Health Research (MMIHR), and Dr Trine Moholdt, from the Norwegian University of Science and Technology, wanted to try and answer.

For the study, 131 overweight women were divided randomly into four groups. For seven weeks one group did TRE – consuming all their nutrients within a 10-hour window of their choosing; another did HIIT in three 35-minute sessions a week; the third did TRE and HIIT; and the fourth acted as a control group.

The researchers took various measures of cardiometabolic health before and after the trial. They found that the TRE and HIIT group improved their nighttime glucose levels, their long-term glycaemic control measured as HbA1c, reduced visceral fat and increased their cardiorespiratory fitness.

“HbA1c is the clinical measure for glucose control over the past six or eight weeks,” explains Hawley. “That was only improved in the TRE and the high-intensity exercise training group, which is surprising because I would’ve expected that the TRE and the high-intensity interval training [groups] would’ve done that on their own. So, there are some synergistic effects.”

Professor Leonie Heilbronn from the University of Adelaide, an expert in TRE, says it is one of the better TRE studies.

“The cohort was young and quite healthy and so the fact that they got differences in some of these outcomes is good,” says Heilbronn, who was not involved in the research. “It definitely appears that HIIT and TRE are additive as compared to either TRE or HIIT alone for weight and fat mass.”

It’s not yet clear if those effects are the result of a bigger energy deficit when you combine the two approaches or because they are activating “different pathways to be synergistic in the effects”, she adds.

Certainly, when people do TRE they tend to cut out after-dinner snacks or that extra glass of wine, both of which are “biggies”, Hawley says:

“Those little, subtle changes make actually such a big difference, especially over eight weeks. It all adds up.”

Research has found that TRE leads to other health benefits that are independent of weight loss or eating less.

This is because TRE seems to play off chronobiology – the normal daily fluctuations in hormones, which coincide with meal times. This matters because trying to remain on an energy deficit or have restrictions around the foods we eat is notoriously hard to maintain and remains a challenge for those treating people with weight-related health problems.

“Some of our subjects have done nine to 13 different diets [and] they didn’t work,” said Hawley. For this study, participants were given no instructions about what they could or could not eat, only to eat within a 10-hour time-frame.”

And though they could choose when that window started, there is some research to suggest that a window that begins and ends earlier – around 7pm – may be better and keep nighttime glucose levels down.

TRE holds excellent potential and has good promise not just for those with weight or metabolic issues, but potentially for all of us, Hawley says.

“This is practical. People can do this,” he says. “In my long career, this is probably the brightest thing that we’ve had on the horizon.”

The next step is to see if people can maintain these practices long-term without the support they get within a study. Both Hawley and Heilbronn are in the midst of long-term studies.

“In one year, do people still do it?” Hawley asks. “If so, then I think then we’ve got strong enough data to start suggesting to nutritional bodies that the timing of food is an important thing to enter the guidelines”