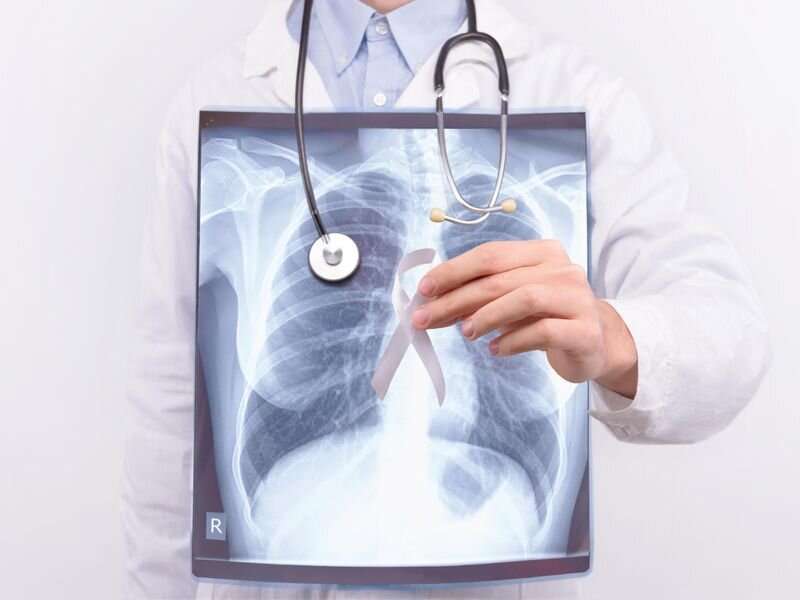 As doctors work toward developing more personalized cancer care, a new study looks at whether lung cancer patients can miss a few days of radiation treatment and make them up with a higher dose.

The more treatments a patient skips, the higher their risk of early death, according to the research from Fox Chase Cancer Center in Philadelphia. However, some patients may still benefit from receiving higher radiation doses if they do miss treatments.

“Ideally, we can begin to adapt treatment to the individual patient,” said study co-author Dr. Peter Lee, a radiation oncology resident at Fox Chase. “So if a patient misses a certain number of days, we can change their prescription and add on a higher dose as they finish their treatment.”

For the new study, the researchers analyzed data on more than 26,000 patients with stage 3 non-small cell lung cancer who received chemoradiation therapy—concurrent administration of chemotherapy and radiotherapy—and no other treatment. (Stage 3 means the cancer has spread into nearby tissues.) Among these patients, 8,644 had their treatment prolonged due to missed days.

The risk of earlier death did rise steadily with the number of days a patient skipped, the findings showed, but there wasn’t a threshold for the number of missed days that triggered an increased risk of death.

The researchers also noted an apparent window of time when they could give patients a higher dose to make up for the lost days.

Low-dose patients who missed four to nine treatment days had a significantly higher risk of earlier death than patients who received the higher radiation dose, according to the study authors.

“Patients who were delayed by 10 or more days didn’t see this benefit,” Lee said in a cancer center news release. “That may suggest that once you reach that point, the higher dose isn’t going to make up for missing so many days.”

Radiation therapy for lung cancer patients usually involves intensive treatment for a long period of time, typically five days a week for up to six weeks. Patients sometimes have to miss days for weather, illness or other reasons.

“For the most part, we reassure patients, saying, ‘It’s not a big deal, you can miss a day, we can add it on at the end, no problem,'” Lee said. “But at the same time, we do know that, ideally, you should get the treatment done as prescribed and not miss any days.”

The study shows correlation between missed treatments and death, but not causation. It is possible that patients who miss days may have been more ill at the start of treatment and more likely to die from other causes.

The researchers now plan to study lung cancer patients who have surgery and chemotherapy in addition to radiation treatment.