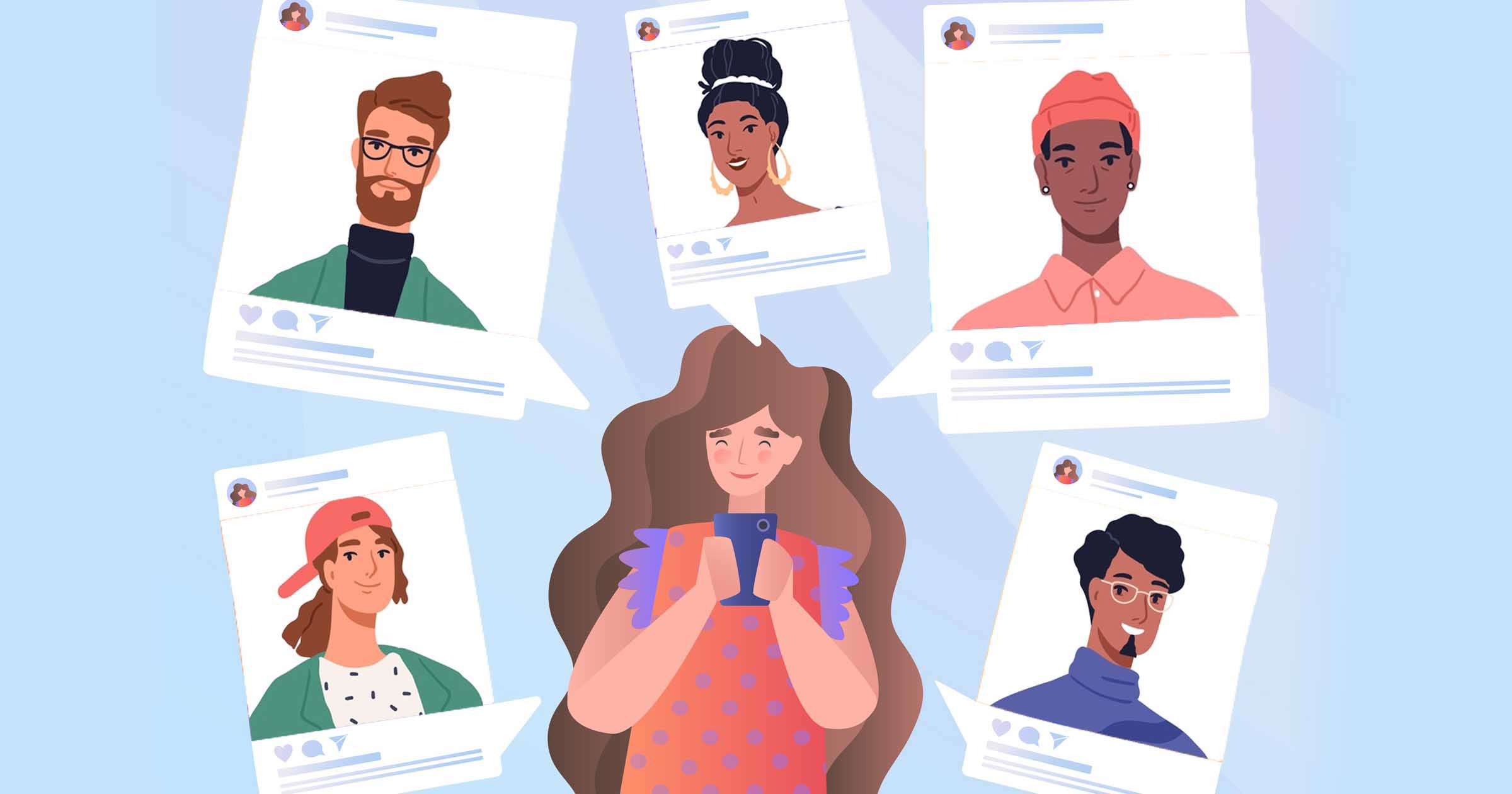 ‘How the f*** do I stop comparing myself to others?’ my friend Anna asked in the group chat the other day.

Obviously, none of us had an answer, other than the fact that we wish we knew because it was driving us crazy, too.

Whether it’s career comparison, travel envy, or just general life comparison, we’re all guilty of making judgements of ourselves based on what we think of others.

One particular sticking point, particularly for friends, are physical comparisons.

According to clinical psychologist Dr Meg Arroll, as humans, we have an ‘innate drive’ to compare ourselves with others – especially based on surface-level, visual features like, body shape, looks and style.

‘So in terms of evolutionary psychology, we will almost automatically compare ourselves to others,’ she tells Metro.co.uk.

‘For survival, you make this very quick, subconscious evaluation of others, in terms of these visible features, to know where you are within the group pecking order as it were.’

Plus, she adds that our ‘cognitive mechanisms’ haven’t evolved in line with technology – meaning that social media plays a huge role.

‘Previously, in small groups and communities, you would have a handful of other people to compare yourself with,’ says Dr Meg. ‘Now, there are countless.’

Again, because of the visual nature of platforms like TikTok and Instagram, we’re less likely to compare ourselves with others on things like our core values – particularly because, a lot of the time, we’re comparing ourselves with complete strangers.

She adds that dating apps also don’t help, given that they are extremely looks-based, and this also plays into evolutionary psychology.

How to stop comparing yourself to others

Look at your core values

Rather than focusing on physical attributes. Dr Meg says it’s a good idea to look inwards and do ‘self’ rather than ‘other’ comparisons.

‘Generally, there is some sort of value-based criteria attached to the way we perceive what someone or ourselves looks like,’ she says.

‘To move away from that, I would encourage people to look at their core values and whether we’re living up to them.

‘These are the things that really do matter, and that shifted attention will allow us to feel much better about ourselves.’

While this might seem a little controversial, Dr Meg says it is actually a good idea to compare ‘down’ rather than up.

This means comparing ourselves against people who we don’t necessarily feel are better than us, because this is something we rarely do.

‘[Comparing down] didn’t really serve us in terms of an evolutionary advantage, but actually, comparing down can create a sense of gratitude – which we know from a huge amount of research is very, very good for mental health,’ adds Dr Meg.

Remember that the beauty standard is always shifting

Finally, especially if your reasons for comparison are based on the idea that you don’t fit the beauty standard, remember that the operative word here is ‘current.’

‘Understanding and appreciating that those standards are subjective and change over time, is important,’ says Dr Meg.

She says that looking back at just how much things have changed over the decades can help us to remember that we are more than just how we look.

These feelings can be prominent when trying to find a partner and, again, dating apps don’t help.

But Dr Meg says: ‘It’s important to realise that, while looks might be the first impression, they’re not what makes you compatible with someone.’