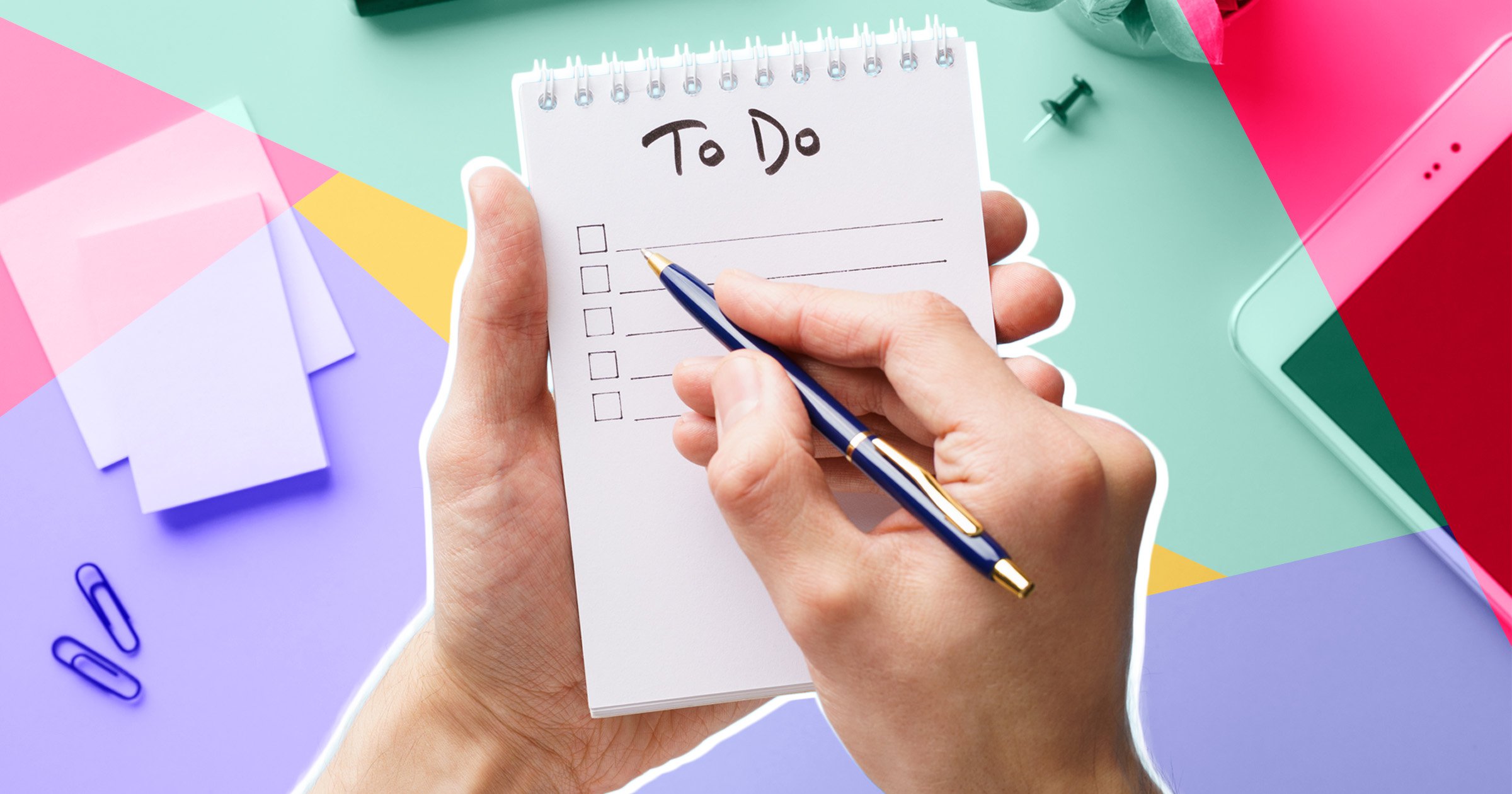 I’m definitely more productive when I start the day with a to-do list, but I’ve come to realise that my list-making skills could do with some polishing.

Working from home with a flexible schedule means that my list often becomes a random jumble of work and personal tasks, with things like ‘get dressed’ making a regular appearance. And I quite often add things I’ve already done just for that dopamine hit that comes from ticking something off – everyone does that, right?

All too often, there’s that nagging feeling at the end of the day that I haven’t quite accomplished what I set out to do.

So, I decided to ask some experts for their top to-do list tips.

Start by finding a format that works for you. For Joanne Mallon, coach and podcaster at 5 Minutes To Change Your Life, pen and paper wins hands down.

‘If I feel overwhelmed with all the things I need to do whirling around in my head, physically writing it all down makes me feel instantly calmer,’ she tells Metro.co.uk.

Choosing some fun stationery can help too.

‘I write tasks on brightly-coloured bits of paper and when I’ve done something, I strike it off the list, screw up the paper and throw it in the bin,’ Joanne notes. ‘It’s very satisfying.

‘I write my list at the end of the working day, so I have some structure to start with the next morning and things are less likely to be running through my head in the evening when I’m trying to relax.’

Others, however, find an app more convenient.

‘It’s much easier to move things around and prioritise on a digital list, says Karen Eyre-White, founder of Go Do and member of organisers’ association, APDO. ‘I like Trello it because it’s flexible and fun to use – you can move the little task cards between different lists. I use the free option and I have loads of stuff on there.

Get your priorities right

Rather than writing a linear list, Barnaby Lashbrooke, CEO of virtual assistant agency, Time etc, uses the Eisenhower Matrix, a method that in involves plotting tasks on a four-square grid.

‘Lots of people have huge to-do lists and this clouds your judgement and makes it hard to decide what you really need to work on,’ Barnaby tells us. ‘The Eisenhower Matrix forces you to put your tasks into four groups: high-priority items that need to be done right now; things that are important but not quite so urgent; tasks you can delegate; and things that don’t really need to be done.

‘Getting rid of the unnecessary stuff can often be hardest thing to get your head around, but it’s the thing that liberated me from having unmanageable lists.’

When it comes to prioritising, it’s a good idea to take a step back and think more strategically about what you’re trying to achieve in the longer-term, advises Karen: ‘You could have a master list with longer-term goals that then informs your weekly and daily and lists.’

Having clear criteria for deciding how urgent something is also helps, adds Joanne. ‘One of my criteria is if somebody else is depending on me doing this thing,’ she says. ‘Another is: am I getting paid for it?’

The jury’s out on whether you should keep separate lists for work tasks and personal stuff. In the end, it all comes down to your working patterns and circumstances.

‘I don’t split my list into work and non-work as they’re all things that take up my time and energy,’ Joanne says.

Karen, however, prefers to keep them separate: ‘What often happens with personal tasks and admin is that we don’t decide exactly when we’re going to do them so if we want to procrastinate on a Wednesday afternoon, they suddenly assume great importance.

‘If we have a regular slot for those things -perhaps a couple of hours on a Monday evening – we know they’ll get done and it’s much easier not to do them when we should be attending to other things.’

Be realistic about timings

Remember that your to-do list needs to work with the time you have available on a specific day, so make sure it takes account of immoveable things like appointments and meetings.

You need to build your awareness of what you can achieve in a specific time.

Barnaby says: ‘Like most people, I had a tendency to believe I could do stuff quicker than I really can.

‘If you have a tendency to procrastinate, it gets a lot worse if you put yourself under the psychological pressure of having to finish something.’

Items on your to-do list should be specific and actionable, so it’s important that you break tasks down into manageable chunks so they don’t seem too daunting.

A classic mistake is to put something on your list that’s just too big, says Joanne.

‘You’re often sabotaging yourself before you’ve even got started,’ she notes. ‘You have to think about the different steps involved to get you to that end point and identify the first thing you need to do.

‘Rather than “clean the house” or “write the report”, you might just start with “empty the bins” or “open a new document”.’