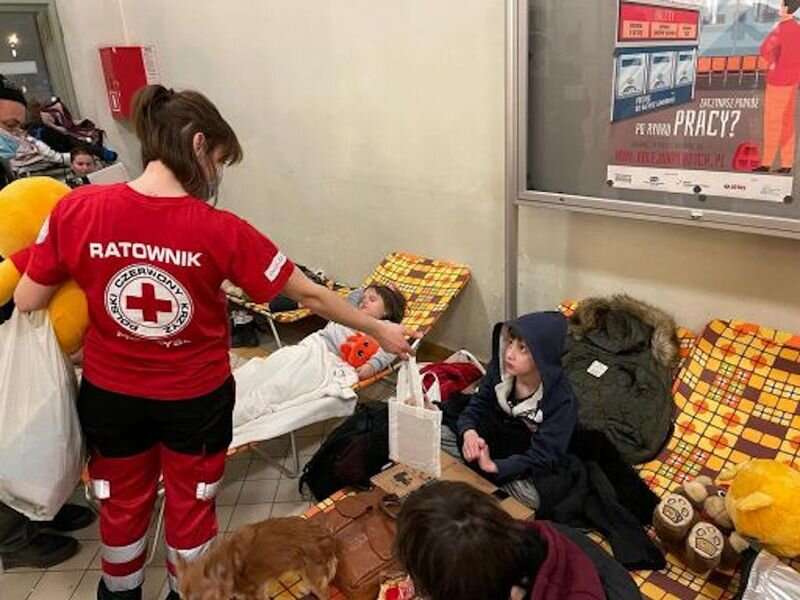 Russia’s invasion of Ukraine has become a humanitarian crisis.

More than 3 million people have fled as refugees into neighboring countries, while thousands of civilians who remain in Ukraine have been injured by Russian shelling and missile attacks.

In response, relief organizations have flooded the area to provide health care and aid to the suffering.

Want to contribute? Here’s a list of reputable agencies working on the ground in and around Ukraine, with links:

International Medical Corps works both directly and in partnership with local organizations to increase access to medical services, child protection and mental health support. The nonprofit is also working with the Ukraine Ministry of Health to help contain the spread of infectious disease during the invasion.

You can contribute to the International Medical Corps directly, or you can take part in an online fundraiser called the Bundle for Ukraine. For a donation of $10 or more, you can receive one of nearly 1,000 computer games, tabletop role-playing games, and books donated by more than 700 creators.

The Bundle for Ukraine also benefits Voices of Children, a Ukrainian organization that helps children cope with the horrors of war.

The U.S.-Ukraine Foundation has been fundraising to purchase critically needed medical supplies for Ukrainian hospitals. The 30-year-old nonprofit established the Coordinating Coalition for Humanitarian Aid to Ukraine, which sent a first shipment of medical supplies six days after the Russian invasion.

UNICEF is scaling up life-saving support for Ukrainian children and their families. The United Nations-supported organization has been delivering first aid, surgical/medical and family hygiene kits to Kyiv and eastern Ukraine, among its many efforts.

“The past eight years of conflict in Ukraine have already inflicted profound and lasting harm to children,” UNICEF says on its website. “Now, the immediate and very real threat to Ukraine’s children has grown. Homes, schools, orphanages, and hospitals have all come under attack.”

Doctors Without Borders has halted its normal activities in Ukraine and has mobilized emergency operations. The group now has teams in Ukraine, Poland, Moldova, Hungary and Slovakia to provide aid to refugees, and on March 6, its first shipment of emergency medical supplies was delivered to the Ukrainian Minister of Health.

“So far we have brought in more than 4,200 cubic feet of medical supplies, including surgical kits, trauma kits, and other basic necessities. These supplies are being sent to hospitals in areas further east where they are urgently needed,” the group said on its website.

“Many of the people affected were already vulnerable before the conflict and now face an even harsher situation as they are losing their homes and their livelihoods, being forced to seek shelter wherever they can or fleeing their country in search of safety,” Birgitte Bischoff Ebbesen, European regional director for the International Federation of Red Cross and Red Crescent Societies, said in a statement on the group’s website. “They urgently need food, water and shelter, but also emergency medical care, protective measures and psychosocial support to avert an even greater humanitarian catastrophe.”

The World Health Organization Foundation has launched a campaign to raise funds for its Health Emergency Appeal for Ukraine. It has set a goal of $57.5 million to “fund immediate large-scale emergency response and health needs in Ukraine and the humanitarian response in neighboring countries,” a news release says.

“With the military offensive causing a rising number of casualties and injuries, the funds are essential to protecting essential health services,” WHO says. “Emergency medical services, surgical departments, and intensive care units are likely to become overwhelmed with trauma patients. Essential health services have been disrupted and are collapsing and jeopardizing the treatment of other patients.”

U.S. for UNHCR is fundraising for UNHCR, the U.N. Refugee Agency. The Hollywood couple Blake Lively and Ryan Reynolds made a splash for this effort by announcing that they would match donations to UNHCR of up to $1 million for Ukrainian relief. They met their goal within 48 hours.

“UNHCR estimates that more than 4 million people may flee Ukraine as the situation further deteriorates,” the organization’s website says. “As the crisis continues to develop, humanitarian needs are multiplying and spreading by the hour. Of the 18 million people in Ukraine who will be impacted by the ongoing military operation, 12 million are expected to need humanitarian assistance.”

The International Rescue Committee is also set up specifically to aid people affected by humanitarian crises, and it has been raising funds to help resettle Ukrainian refugees.