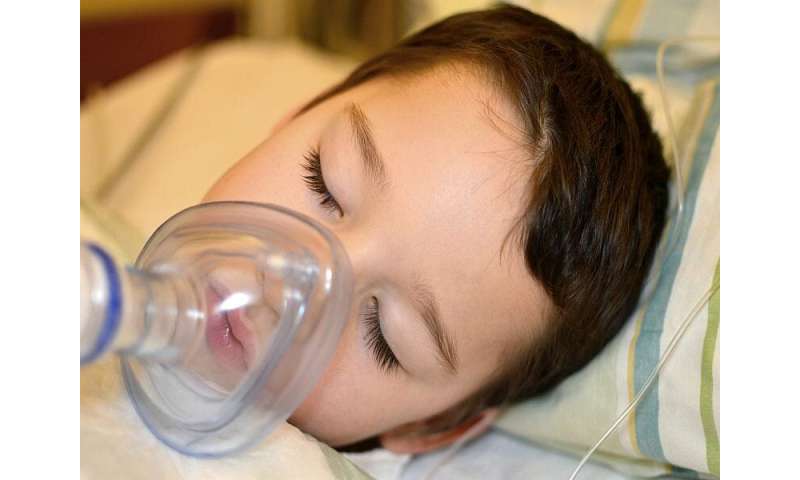 As New York City officials grapple with the sudden appearance of a rare inflammatory condition in children exposed to COVID-19, a new Italian report describes similar cases that have cropped up in that country.

The researchers say their findings provide “the first clear evidence” of a link between the new coronavirus and this inflammatory condition.

Between Feb. 18 and April 20, there were 10 cases of young children hospitalized with an inflammatory condition that resembles Kawasaki disease in the Lombardy region of northern Italy. In the five years leading up to the middle of February, only 19 children in the region had ever been diagnosed with the condition.

Those recent cases represent a 30-fold increase in the number of cases, but it’s difficult to draw firm conclusions with such small numbers, the scientists noted.

Eight of the 10 children hospitalized after Feb. 18 were found to have antibodies to the new coronavirus. All 10 children survived, but they had more severe symptoms than those diagnosed with Kawasaki disease in the previous five years.

“We noticed an increase in the number of children being referred to our hospital with an inflammatory condition similar to Kawasaki disease around the time the SARS-CoV-2 outbreak was taking hold in our region,” said study co-author Dr. Lucio Verdoni, from the Hospital Papa Giovanni XXIII in Bergamo, Italy.

“Although this complication remains very rare, our study provides further evidence on how the virus may be affecting children. Parents should follow local medical advice and seek medical attention immediately if their child is unwell. Most children will make a complete recovery if they receive appropriate hospital care,” Verdoni said.

The findings were published May 13 in The Lancet medical journal.

The study comes as New York officials are seeing similar cases in that state: More than 100 children have been confirmed to have contracted the condition. Three of the patients, two grade schoolers and a teenager, have died, The New York Times reported. None of them were known to have any preexisting condition.

Of the 102 cases, 71% were admitted to intensive care units, and 43% remain hospitalized, New York Gov. Andrew Cuomo said Wednesday. “As a parent, I can tell you, this is a parent’s worst nightmare,” he added.

“We have been behind this virus every step of the way and even as we are now beginning to see the numbers on the decline, the virus is still surprising us,” Cuomo said. “Initially, we thought COVID-19 didn’t affect children, and now we’re dealing with a disturbing issue where we have about 100 cases of an inflammatory disease in children that seems to be created by the virus.”

Kawasaki disease typically affects children under the age of 5, causing blood vessels to become inflamed and swollen. Typical symptoms include fever and rash, red eyes, dry or cracked lips or mouth, redness on the palms of the hands and soles of the feet, and swollen glands.

About a quarter of patients have heart complications, but the condition is rarely fatal if patients receive appropriate treatment in a hospital. It’s not known what triggers Kawasaki disease, but it’s believed to be an immune overreaction to an infection.

The Italian researchers said that coronavirus-related cases should be classified as “Kawasaki-like disease,” because the symptoms in these 10 children were different and more severe than in cases that occurred before the pandemic.

They also warned that other countries affected by the coronavirus pandemic might expect to see a similar rise in cases similar to Kawasaki disease.

“Our study provides the first clear evidence of a link between SARS-CoV-2 infection and this inflammatory condition, and we hope it will help doctors around the world as we try to get to grips with this unknown virus,” lead author Dr. Lorenzo D’Antiga, of Hospital Papa Giovanni XXIII, said in a journal news release.

Study co-author Dr. Annalisa Gervasoni, a pediatric specialist at Hospital Papa Giovanni XXIII, added, “In our experience, only a very small proportion of children infected with SARS-CoV-2 develop symptoms of Kawasaki disease. However, it is important to understand the consequences of the virus in children, particularly as countries around the world grapple with plans to start relaxing social distancing policies.”

In an accompanying editorial, Russell Viner, president of the Royal College of Pediatrics and Child Health and professor of adolescent health at University College London’s Great Ormond Street Institute of Child Health, wrote that while the study “suggests a possible emerging inflammatory syndrome associated with COVID-19, it is crucial to reiterate—for parents and health care workers alike—that children remain minimally affected by SARS-CoV-2 infection overall.”