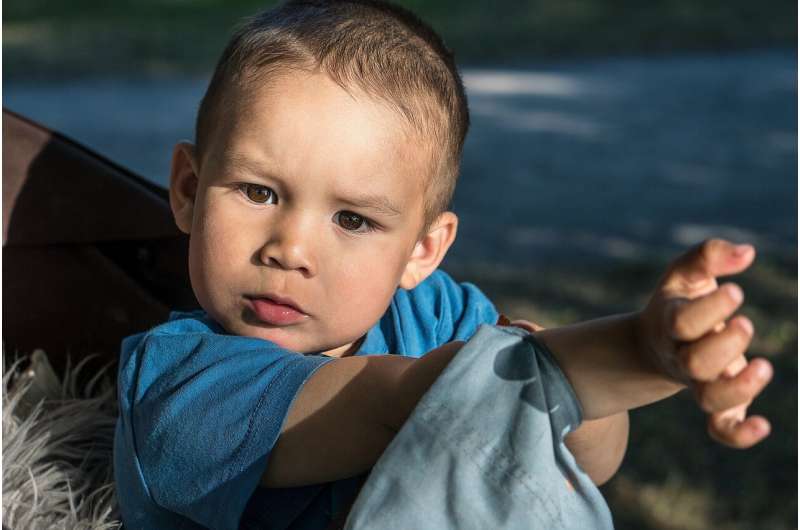 Researchers at Columbia University Mailman School of Public Health and Universidade Federal de Ciências da Saúde de Porto Alegre, Brazil found that when health workers were trained to promote infant healthy feeding practices to pregnant women their children consumed less fats and carbohydrates at 3 years of age and had lower measures of body fat at the age of 6. The study is the first to show that the roots for obesity start in the first year of life, after mothers stop breastfeeding. The findings are published online in the Journal of Human Nutrition and Dietetics.

“The first year after birth is a critical window for the establishment of habits that will influence health patterns throughout one’s lifetime, said Caroline N. Sangalli, in the Graduate Program in Health Sciences, Universidade Federal de Ciências da Saúde de Porto Alegre, Brazil, and first author. “The message worldwide is that to avoid obesity later in life you cannot start too early to help mothers feed their children well. And this study is proof of principle that it is possible to change a mother’s behavior.”

“Most surprising was that the mothers in our randomized trial offered ultra-processed foods, that are high in sugar and fat, as early as 6 months of age,” said Ma?rcia Vitolo, Graduate Program in Pediatrics: Child and Adolescent Health Care, Universidade Federal de Ciências da Saúde de Porto Alegre, Brazil, and co-senior author. “This behavior can be explained by cultural influences and strong marketing of processed baby foods which continues globally”.

The researchers conducted the randomized trial in Porto Alegre, Brazil, in 31 centers that provide prenatal, infant, and other primary care services to low-income families. The intervention was based on births from May 2008 to February 2009 and consisted of a training program to increase the knowledge of primary healthcare workers centered on the ‘Ten Steps for Healthy Feeding for Brazilian Children from Birth to Two Years of Age’, the Brazilian dietary guideline.

All families were informed about complementary foods that should not be offered to children under 2 years of age (i.e., cookies, snacks, soft drinks and sweets) through posters in waiting rooms. Trained interviewers measured children’s growth and other outcomes at ages 6 months, 12 months, 3 years and 6 years at subsequent home visits. Details about food types, amounts and preparation methods were also recorded.

Energy intake at all ages was lower in the intervention group compared to the control group with a statistically significant difference at age 3 years. Also, children from the intervention group at 3 years of age had lower consumption of carbohydrates and total fat than the control group and at 6 years of age had accumulated less body fat as measured by a smaller waist circumference and thinner skinfolds. “We found that the energy intake in both study groups was above the requirement across all age waves; however, the excess energy intake was less in the intervention group,” observed Sangalli, who analyzed the study results with Dr. L.H. Lumey at Columbia Mailman School of Public Health with a grant from the Brazil government. “Although the disparity was slight at the onset, in the long term, the reduced intake of 92 kcal per day adds up to 33,000 kcal per year, and changes of this magnitude could explain changes in weight gain during childhood.”

The findings were particularly striking with regard to calories from cookies and powder chocolate, important sources of carbohydrates and fats. During the health workers training, sugar, sweets, soft drinks, salty snacks, cookies and ultra-processed foods were emphasized as foods for mothers to avoid for their babies until 2 years of age.

The intervention group at 6 years of age had lower body fat on several measures but this difference was not reflected in BMI-scores, a less sensitive measure of adiposity. “However with the prevalence of overweight in the intervention group at 7 percent lower than the control group at 6 years, this does suggest a valuable public health impact—especially since estimates indicate that the reduction in 1 percent of obesity prevalence among children up to age 6 years would save $1.7 billion in medical costs,” said Vitolo.