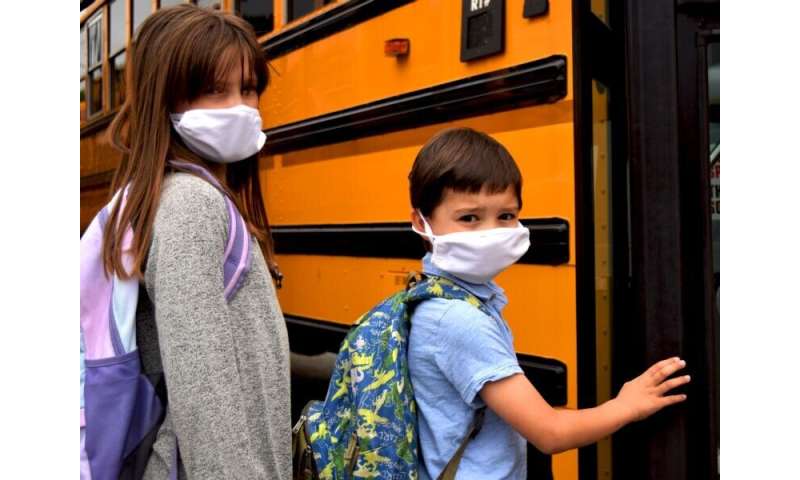 (HealthDay)—Combined data from 32 studies from around the world suggest that children under the age of 10 are much less likely to become infected with SARS-CoV-2 compared with adults, given the same daily contacts.

Children’s risk appears to rise with age: Among adolescent and older teenagers, the risk of infection begins to approach that of adults, according to British researchers led by Russell Viner, of the Institute of Child Health at University College London.

Overall, “children and adolescents younger than 20 years had 44% lower odds of secondary infection with SARS-CoV-2 compared with adults 20 years and older,” the researchers reported Sept. 25 in JAMA Pediatrics.

Most of the reduction in infection risk was concentrated in kids under the age of 10, Viner’s group stressed.

A total of nearly 42,000 children and adolescents, and almost 269,000 adults, were involved in the studies.

The results were especially striking when Viner’s group looked at studies conducted within households. In these situations, everyone—kids and adults alike—”might be assumed to receive a similar exposure to infection from index cases,” the researchers noted.

In household studies, children under 12 had 59% lower odds of becoming infected with the new coronavirus compared to adults, if someone in the home had already been infected.

The researchers also found little evidence of children being good transmitters of the virus in group settings.

“Data from a large Australian school contact-tracing study suggest that, at a population level, children and adolescents might play only a limited role in the transmission of the virus,” the researchers reported. “Other very small studies in Ireland and Singapore have found low numbers of secondary cases resulting from infected children attending school.”

However, there’s not yet enough good data on child-to-adult transmission to draw firm conclusions, Viner’s team stressed. “We remain early in the COVID-19 pandemic, and data continue to evolve,” the study authors said.

Faust and Munro agreed the new data “suggest young children in particular [age less than 12 to 14 years] are less than half as likely to acquire infection with SARS-CoV-2 than adults, given an equivalent, or at least very similar, exposure.”

Children also appear to play a minor role in transmission of the virus within schools. Again, data out of England found that “of 30 outbreaks (consisting of 2 or more cases), 22 involved only staff-to-staff or staff-to-pupil transmission,” the two experts said.

Faust and Munro also pointed to data on blood antibody testing, which shows that kids have about the same prevalence of infection as do the elderly, even though children likely have had much more daily exposure to SARS-CoV-2 than their grandparents have had during the pandemic.

Of course, all of this data is crucial to decisions around the reopening of schools, Faust and Munro said. Those decisions must always rely on science, not politics, they added.