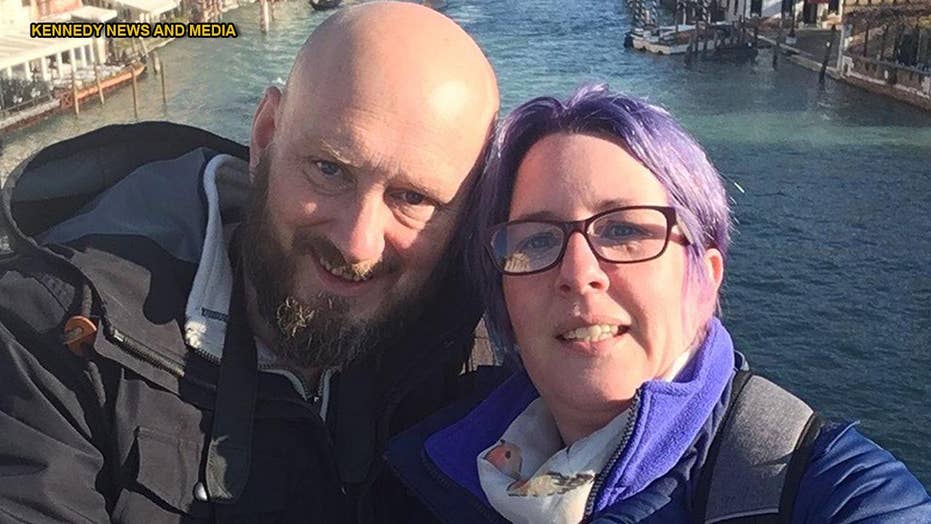 Medical Mysteries and Marvels: Matthew Blurton says he is lucky to be alive after 400 maggots were used to eat away at a deadly foot infection. Burton, who was volunteering in Africa in 2017, became feverish and was unable to stand after being bitten by an unknown insect and developing a severe infection. Doctors decided to treat the wound with sterile maggots which Burton credits with saving his life.

Blurton had seen a blister on his foot but thought nothing of it until he started running a high fever too. He could hardly stand due to the blistered foot, The Sun reported.

Once Blurton reached a hospital, doctors diagnosed him with cellulitis, a bacterial skin infection that spreads quickly and causes tissue death. He also had sepsis, which is an infection of the blood.

According to previous Fox News reporting, Blurton said the infection was serious enough that doctors didn’t expect him to survive going back to the UK. Professionals both in Africa and the UK had never seen such a severe case.

Doctors had a critical decision to make about Blurton’s treatment. To many people’s surprise, sterile maggots were the treatment of choice.

Blurton’s partner, Katie, had been with him during the trip to Africa. Upon hearing about the maggot treatment, Katie said, “It was like – what? You’re going to put maggots on him?” The Sun reported.

And that’s exactly what happened.

Blurton’s treatment consisted of 400 sterile maggots placed in his foot to eat away at the dead tissue and keep infection from spreading.

Blurton said he could feel the maggots moving around during the multi-day treatment. However, removing the maggots proved a painful experience for him. Nurses left about 20 to disintegrate inside his foot due to the painful removal process.

But the non-customary medical procedure had done its job. Blurton’s once gaping wound was able to heal, and he received a skin graft to cover the blackened area, reports The Sun.

Now Blurton wants to leave other volunteers with a word of warning: stay protected. Blurton says he would cover up more, including proper walking boots and pants instead of shorts and sandals.

The maggot treatment very well had saved his limb. And according to Fox News, Blurton says it had likely even saved his life.