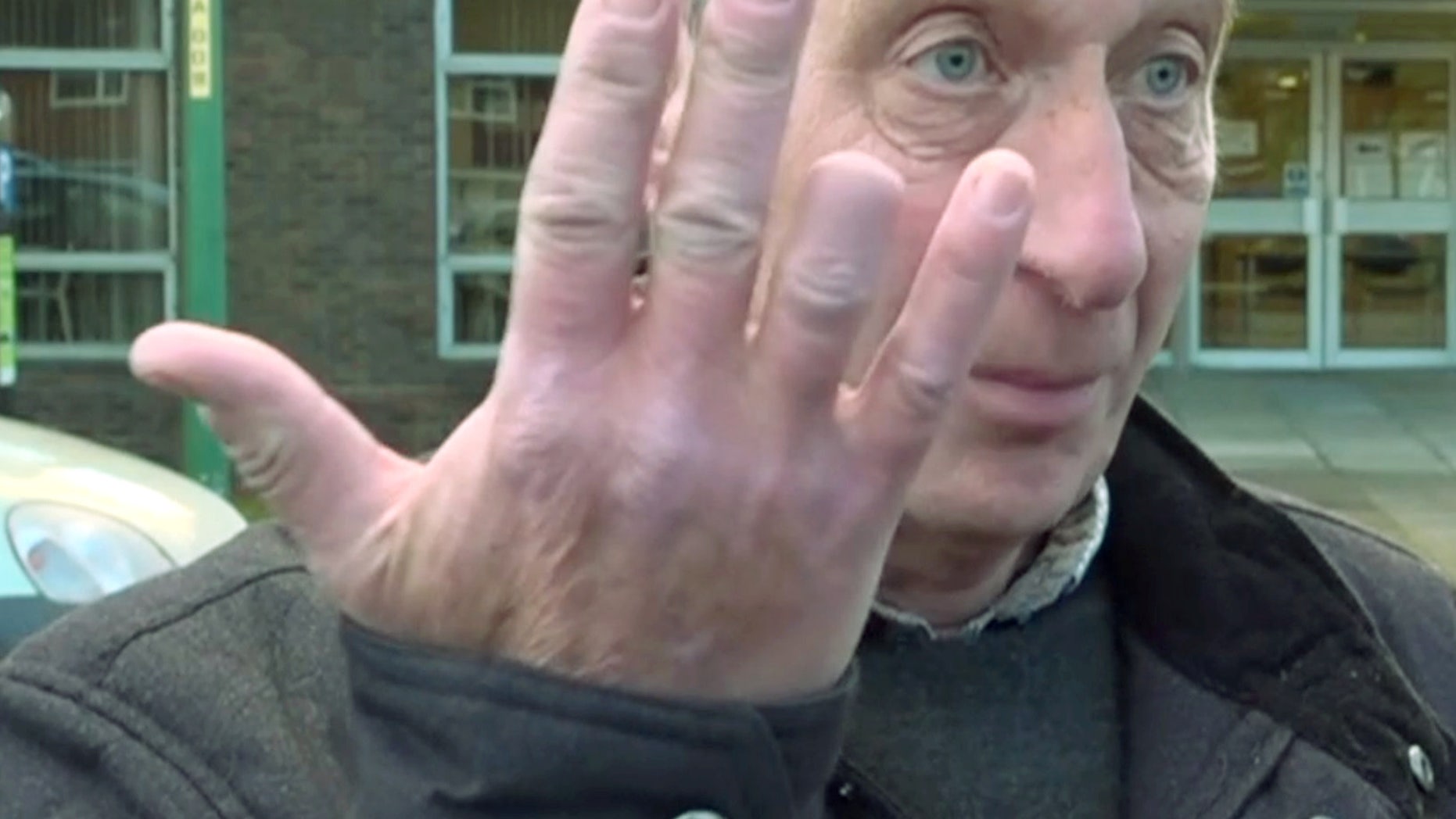 A woman tried claiming the postman who had his finger bitten off by her dog as he pushed post through the letterbox had it coming because he was "trespassing."
(SWNS)

A mailman has lost the tip of his ring finger to a bull terrier after he attempted to push his customer’s letters through a slot in the front door. The dog’s owner, Emma Knell, was found guilty of owning a dog “dangerously out of control causing injury,” but said that mailman Keith Bourne had it coming for “trespassing.”

“I was just posting a letter, it didn’t go right through the door so I pushed it through and the dog bit my finger, that’s it,” said Bourne, from Kent, England, to SWNS. “I expected a guilty verdict because I couldn’t see any defense for her. She’s the dog owner, she’s responsible for her dog.”

RECALL OF INFANT IBUPROFEN SOLD AT WALMART, CVS, EXPANDED TO INCLUDE MORE LOTS

“The defendant knew how her dog reacted to the post being delivered and failed to do anything about it, which led to this attack,” his team argued.

Bourne told the news outlet that the injury was traumatizing for him and caused him to develop a fear of dogs. He said he’s since adjusted to losing part of his finger and he’s resumed his work, but avoids that route.

“I’m still frightened when I see a dog but that’s to be expected,” he told SWNS.

Knell has reportedly installed an external mailbox, but will not have to pay any compensation for Bourne’s injuries.

“There’s not a lot I can do, she had no insurance on her house, no pet insurance, so I’m not going to get any compensation out of it,” he told SWNS. “I’m just glad she was found guilty for some sort of justice to be done.”