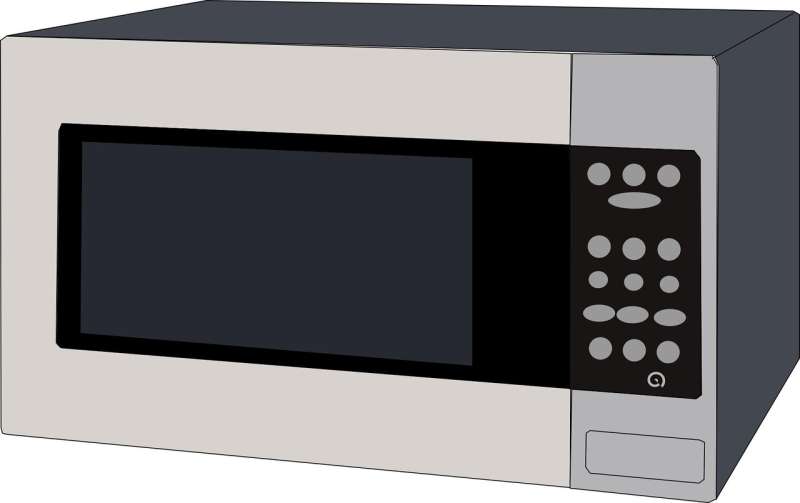 A 15-year research and advocacy effort to make microwave ovens safer has led to a change in national manufacturing standards that will make microwaves more difficult for young children to open, protecting them from the severe microwave-related burns that scar hundreds of kids under 5 years old in the United States each year. Researchers at Rush University Medical Center and other leaders of the campaign, who worked diligently to document the frequency and severity of these injuries and young children’s vulnerability to them, published the results of their efforts in The Journal of Pediatrics on Jan. 20.

“The efforts we have made over the last 15 years have recently led to a change in how microwaves are made. In 2023, manufacturers will be required to incorporate two distinct actions into opening the door of a microwave oven,” said Kyran Quinlan MD, MPH, a professor of pediatrics and the director of the Division of General Pediatrics at Rush University Medical Center. Quinlan and fellow Rush pediatrician Gina Lowell, MD, worked closely with colleagues from the University of Chicago Medical Center Burn Unit to achieve the goal of child resistant microwave doors.

“We believed that if young children were less able to open microwave oven doors, they would be less likely to be able to remove the heated items, such as liquids and noodle soups, and they would therefore be less at risk for severe burns,” Quinlan added. ‘These burns are terribly painful, require burn unit care, and can be life-changing because of the permanent scarring that often results.”

An abstract presenting the results from the advocacy effort was chosen as the Program Description Abstract of the Year during the annual conference of the Injury Free Coalition for Kids in December 2019.

According to the American Burn Association, 22.5% of the patients in burn units across the United States are children, and most of the children are admitted for scalds rather than burns suffered in fires.

The researchers’ 15-year journey began with documenting the issue, and learning how microwave ovens are regulated and how to effectively advocate for child-resistant microwave oven doors. In 2008, the researchers published an analysis of three years of burn unit data that found that a significant percentage of burns involved young children opening a microwave themselves and removing and spilling the oven’s heated contents.

In that report, the youngest child burned was 18 months old, and nearly half of the cases required skin grafts—a process of removing skin from one part of the body to cover the section of skin that was burned.

The researchers then evaluated and documented the abilities of healthy young children ages 15 months to 4 years to use microwave ovens. They recorded whether the children could open the microwave oven door with either a push mechanism or a pull mechanism, turn on the microwave and remove its contents.

The study revealed that children as young as 17 months could open both a push- and a pull-open microwave oven door, remove what was in the microwave, and even turn it on. Nearly all children were able to perform each of these tasks by the age of 2.

The researchers then worked to submit a proposed change in the design requirements of microwave oven doors to make them more difficult for young children to open. Quinlan and Lowell worked with the child product safety advocacy group Kids in Danger to enlist college engineering students to design child-resistant microwave doors to demonstrate their feasibility. The team also presented their research at national meetings and created a short video to put a face with the statistics about microwave-related childhood burns.

Eventually, Quinlan and Marla Robinson MSc, OTR/L, assistant director of therapy services at University of Chicago Medical Center and a partner in the advocacy campaign, became voting members of the Underwriters Laboratories Standards Technical Panel for microwave ovens, which sets the standards required for any microwave sold in the United States.

After previous failed attempts to change the standard for microwave oven doors, the panel passed the change by a single vote in September 2018. The new microwave ovens also will be required to include labels warning families of the risk of severe scalds to young children.

“Early on, we felt that making microwave oven doors harder to open would truly protect young children from these burns, which were frequently severe,” Quinlan said. “This took longer than we expected, but it was so worth it.