Retired software salesman Chris Zaremba, 62, is unrecognisable from the man he was 10 years ago.

As he approached his 50th birthday, the Londoner, now a personal trainer, was warned his habits of eating Pizza Hut and McDonald’s would send him into an early grave.

Terrified by this, he quickly changed his way by starting his weight loss journey and shedding 6st to become an international fitness model champ by 55.

And now he feels younger in his sixties than he ever did at the age of 20.

He said: “When doctors told me that I might not make it to 60 if I carried on with my usual eating habits, I never dreamed I would soon be walking onto the stage of an international fitness competition and walking back off with a trophy.

“I spent most of my life avoiding exercise and sport as much as I could, and spent the majority of my time in places like Pizza Hut and McDonalds.

“By the time I got to 50 I had elevated blood pressure, I was nearly diabetic and I was classed as obese.

“The doctor told me unless I changed my ways he couldn’t guarantee I’d be around for my 60th birthday and that thought really scared me – it was the kick up the backside that I needed.” 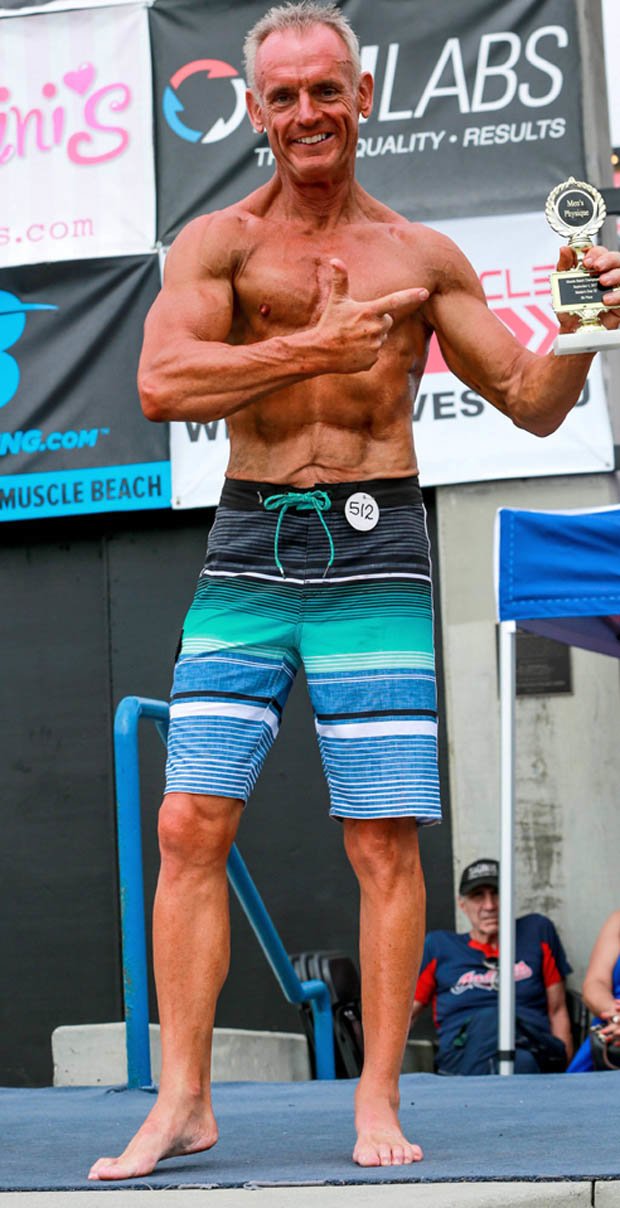 Chris soon changed his diet and started hitting the gym, dropping an incredible 6st (84lbs) by the time he reached aged 55.

He added: “The first time I couldn’t go to the gym, I was on a business trip, and I really missed it. That’s when I knew I wasn’t doing it because I had to, it was because I wanted to.

“When a PT told me I should enter one of the fitness modelling competitions, I told him never in a million years, but only a few months later I’d changed my mind and I was getting onto the stage.

“I entered the Miami Pro Fitness Modelling World Championships and I won first place in the over 50s class. I couldn’t believe it, I was hooked.” 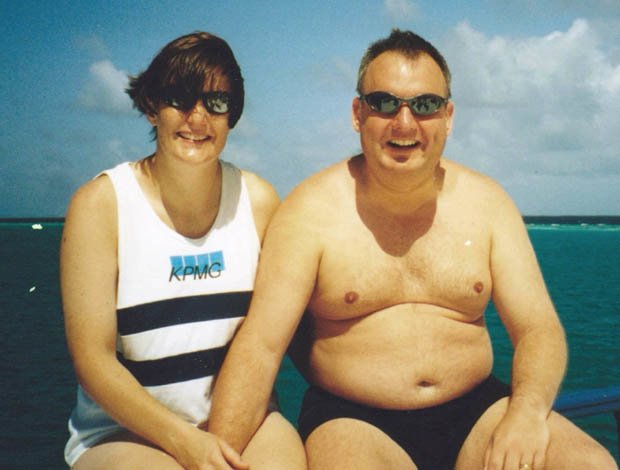 His new found love of fitness also helped him in other parts of his life – like enjoying more time with his wife Jenny, 48.

Chris concluded: “I look at old photos and I don’t even recognise myself.

“People come to visit the house and they ask who that man is in the pictures with Jenny – she always jokes that it’s her first husband but he was just a fatter version of me.

“It’s rare that a single day goes by where I don’t do some kind of exercise now.”