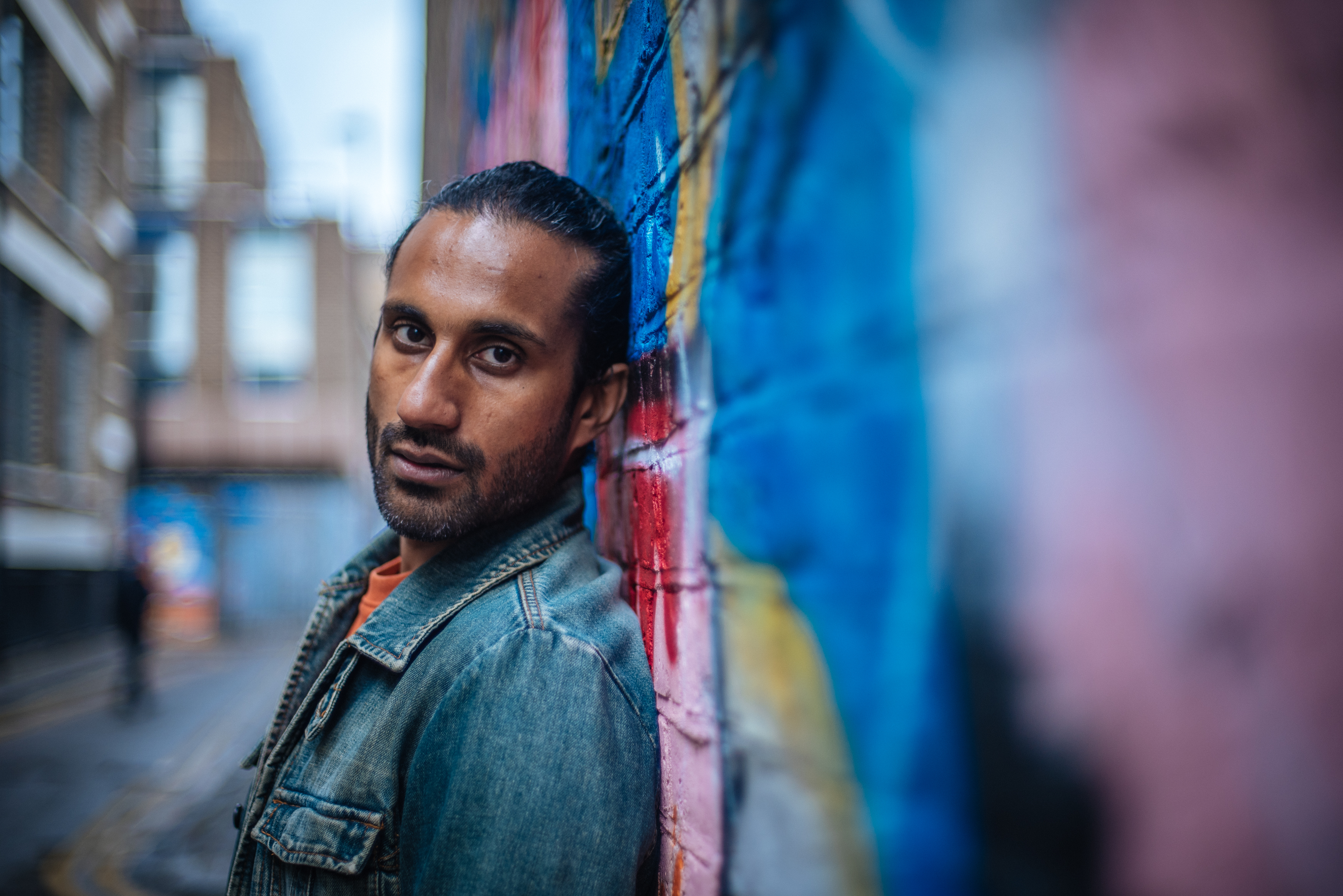 Child sex abuse isn’t something we like to think about happening – but we can’t afford to turn a blind eye.

Jeremy Indika, a 36-year-old living and working in Colchester, knows this only too well.

From the age of eight he was sexually abused for two years by a trusted close friend of his family. No one suspected a thing.

He tells Metro.co.uk: ‘No one would have guessed this happened and my friends from back then said they didn’t spot any signs.’

Jeremy was a chatty, friendly, academic child who occasionally got in to trouble, but seemed like your average, happy kid.

On the surface, life looked fine, but behind closed doors Jeremy was subjected to abuse that involved unwanted touching and oral rape.

‘It lasted for two years – until that man moved away,’ Jeremy says.

‘He led me to believe the abuse was something I needed and that what we were doing was cool – just no one could find out, and I had to keep it secret.

‘It was a gradual process that started with a touch on the knee and hugging but ended in everything but penetrative sex.

‘He taught me how to kiss, how he liked to be handled and how to have oral sex.

‘There were things we did that would make me uncomfortable but it was complicated – for example, when he was giving me oral sex, it felt warm and comforting. It felt loving.

‘He’d kiss me and I’d feel good – I have a human body and it reacted in a pleasant way. I didn’t know what was wrong.’

That natural reaction to abuse is a topic that’s rarely addressed – and this can contribute to feelings of shame.

‘We don’t talk about that side of child sex abuse,’ says Jeremy. ‘It’s difficult for people to get their head around.

‘When he’d make me do it to him, it felt uncomfortable and disgusting so there must have been something innate in me that knew it was wrong.

‘I didn’t have the knowledge – and that’s what I’m trying to change for children today.’

Jeremy believes, looking back, his experiences made him ‘promiscuous’ at an earlier age than perhaps he might have been, but otherwise his behaviour was seemingly unaffected.

He continues: ‘When it ended I went back to the child I was before.

‘There was no stereotypical recluse situation – we need to acknowledge this isn’t always how it plays out.

‘I was energetic, outgoing, I had loads of friends, was outspoken in class, was doing sports and well at school.

‘I went to college and did an apprenticeship in engineering and ended up designing aircrafts around Europe. I worked in the automotive industry at McLaren and other big companies – I was doing well.

‘But then something changed,’ he recalls.

‘I was in Abu Dhabi and over a period of months started having low bouts of sadness and discomfort and as I was trying to put my finger on why I felt this, I realised it could have been that.’

Jeremy had seen someone while abroad that looked like his abuser, which he thinks may have triggered this trauma response.

‘I never forgot what happened to me,’ he tells us. ‘When something would come up on the news or if someone made a “paedo joke”, or once at a fancy dress party someone went as Jimmy Savile, the first time I saw the film Sleepers… all of those things reminded me of what happened, but it didn’t disgruntle me.

‘A psychologist said when something happens to you as a child and you can’t make sense of it, you put it in a box as you don’t have the maturity to deal with it.

‘As you come to a level of maturity the box starts to open – I believe this happened to me when I was 25 in Abu Dhabi.’

Two years went by and at 27, Jeremy wanted ‘to do something’ about how he was feeling, but he wasn’t sure what – at the time, he didn’t know anyone who had experienced similar.

It was at this point he decided to start telling people what happened to him as a child.

‘I decided to tell a friend I’d known since I was seven – and he sobbed,’ Jeremy recalls. ‘Telling him was like a weight lifted off my shoulders.

‘I spent the next three years slowly telling people what happened to me and became more confident in doing it.

At 30, he began to wonder who else was out there with these same experiences and he started researching.

He says: ‘I found chatrooms with thousands talking about the pain and suffering they went through.

‘One of those messages was a trigger point.

‘It was an 80-year-old woman who said she never felt able to tell anyone she was sexually abused as a child and it held her back throughout her life – she’s going to take it to the grave.

‘I just thought “no!” and I realised I had to do something so people like her feel they can tell someone if they want to.

‘At this point in my career, I was about to work on Formula One, which was a pinnacle in my career, but suddenly the goals of engineering started to feel less important.

‘I decided to go to an open mic night in London, because I wanted to take my story public.’

The crowd responded well and it reinforced Jeremy’s urge to publicly share his story.

He soon quit engineering, got his life savings of £65,000 together, then started touring open mic nights across the UK.

Now he’s used all that money up and is working part-time at TopeLine, a charity supporting teenagers going through abuse, to keep himself afloat.

‘I went anywhere I could get this story out,’ he adds. ‘I gave up my flat and put all my stuff in my car and started sleeping round people’s houses to make the money last as long as possible.’

Sometimes Jeremy had good reactions from audiences, but other times his mic was cut and people shouted against him, highlighting how taboo this subject is. Determined, he carried on.

In October 2018, he decided to report his alleged abuser to the police. Nine months later the case was closed as there was no evidence and the man denied it.

In a cruel twist of fate, instead Jeremy got a criminal record for stalking after approaching the man, resulting in his arrest.

Jeremy tracked the man down because he wanted him to admit what he did.

He says: ‘I wanted him to know what he did will never be forgotten and I wanted to ask him: “what the hell were you thinking?”

‘I want to share my criminal record, too, to show how this can unfold for a survivor, especially when there’s no evidence as the case is from the deep past.’

Today, Jeremy is channeling his efforts into Something To Say, a platform that allows survivors to share their stories.

‘I got so much strength and confidence through speaking my story, so I set up Something o Say to help give others the opportunity to share their stories,’ he says.

Jeremy says we don’t speak about this subject enough, as we don’t ‘imagine the scale or magnitude of child sex abuse that is going on’.

Conversation aren’t had with children to prepare or educate them on how to handle these situations, but Jeremy is often met with people not wanting to ‘ruin the child’s innocence’ – something he is tired of hearing.

The reality is, he feels, children need to be empowered with the information so that in the future, less of them suffer in silence with the abuse Jeremy and so many others have.

If you’ve been affected by the issues in this story, you can contact The Lucy Faithfull Foundation, One in Four, or Stop it Now!.