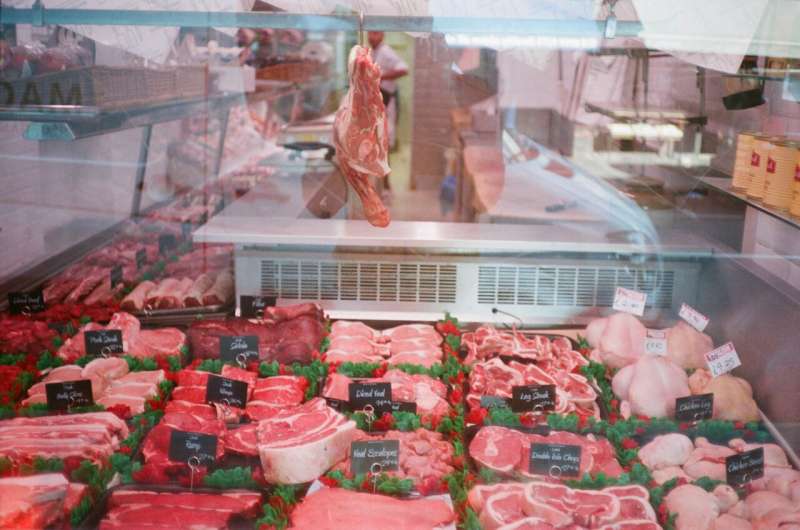 Has eating meat become unfairly demonized as bad for your health? That’s the question a global, multidisciplinary team of researchers has been studying and the results are in—eating meat still offers important benefits for overall human health and life expectancy.

Study author, University of Adelaide researcher in biomedicine Dr. Wenpeng You, says humans have evolved and thrived over millions of years because of their significant consumption of meat.

“We wanted to look more closely at research that has thrown a negative spotlight on meat consumption in the human diet,” Dr. You says.

“Looking only at correlations of meat consumption with people’s health or life expectancy within a particular group, and or, a particular region or country, can lead to complex and misleading conclusions.

“Our team broadly analyzed the correlations between meat eating and life expectancy, and child mortality, at global and regional levels, minimizing the study bias, and making our conclusion more representative of the general health effects of meat eating.”

Published in the International Journal of General Medicine today, the study examined the overall health effects of total meat consumption in 170+ countries around the world.

“While detrimental effects of meat consumption on human health have been found in some studies in the past, the methods and findings in these studies are controversial and circumstantial,” Dr. You says.

Senior author of the study, University of Adelaide Emeritus Professor, Maciej Henneberg says humans have adapted to meat-eating from the perspective of their more than two million years evolution.

“Meat of small and large animals provided optimal nutrition to our ancestors who developed genetic, physiological, and morphological adaptations to eating meat products and we have inherited those adaptations,” Professor Henneberg says.

But with the strong development of nutrition science and economic affluence, studies in some populations in developed countries have associated meat-free (vegetarian and vegan) diets with improved health.

“I think we need to understand that this may not contradict the beneficial effect of meat consumption,” nutritionist on the study, Yanfei Ge says.

“Studies looking into the diets of wealthy, highly educated communities, are looking at people who have the purchasing power and the knowledge to select plant-based diets that access the full nutrients normally contained in meat. Essentially, they have replaced meat with all the same nutrition meat provides.”

Co-author and University of Adelaide biologist, Dr. Renata Henneberg says today meat is still a major food component in the diets of many people around the world.

“Before agriculture was introduced, 10,000 years ago, meat was a staple food in the human diet,” she says.

“Depending on which minor groups of people you study and which meat types you choose to consider, the measure of meat’s role in human health management may vary. However, when all meat types for all the populations are considered, as they are in this study, the positive correlation between meat consumption and overall health at a population level is not sporadic.”

Co-author, anthropologist at the University of Adelaide and biologist at the Polish Academy of Science, Dr. Arthur Saniotis, says the findings are in line with other studies that show cereal-based foods have lower nutritional value than meat.

“While this is no surprise to many of us, it still needs to be pointed out,” Dr. Saniotis says. It highlights that meat has its own components contributing to our overall health beyond just the number of calories consumed, and that without meat in our diet, we may not thrive.