Cannabis should NOT be routinely prescribed for medical conditions because there is no strong evidence it is safe, MPs warn

Cannabis should not be prescribed for medical reasons because there is no strong evidence it is safe, MPs have warned.

They have called for ‘robust research’ into medical cannabis to fill ‘major gaps’ into whether it causes any long term damage.

Cannabis-based medicine with THC in it was legalised in the UK in November, and specialist doctors are able to prescribe it for some conditions.

The controversial move came after a public outcry over the high-profile cases of Alfie Dingley, seven, and Billy Caldwell, 13, who have severe epilepsy.

But parents have had their hopes unfairly raised by poor communication and are unable to secure prescriptions for their children, a Parliamentary report said. 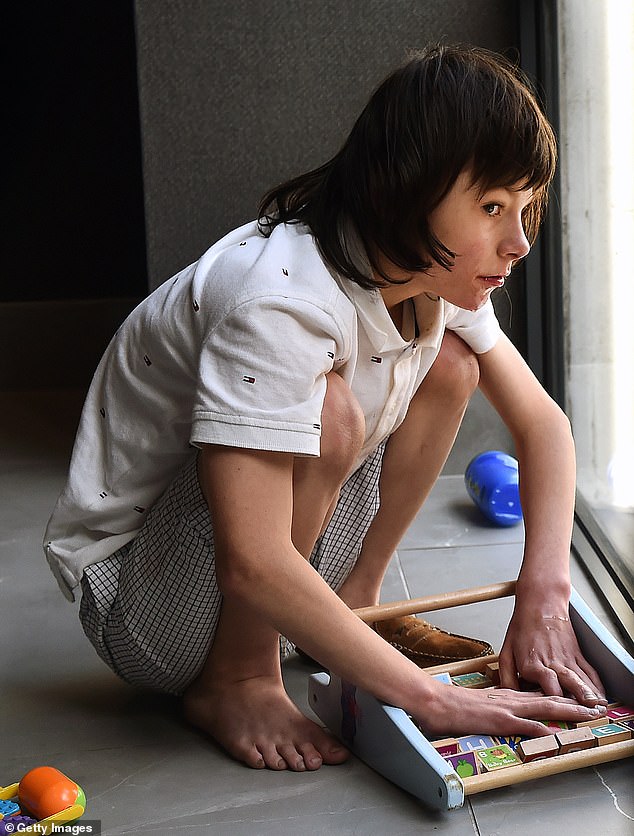 Cannabis should not be prescribes for medical reasons because there is no strong evidence it is safe, MPs have warned. Pictured, Billy Caldwell, a boy with severe epilepsy whose case triggered public outcry and campaigning before medical cannabis was legalised in November 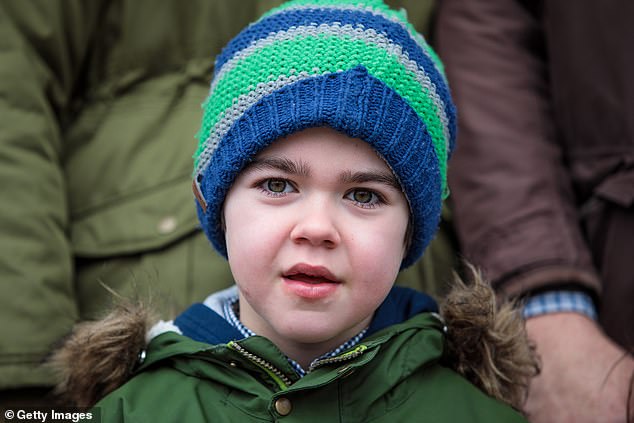 But parents have had their hopes unfairly raised by poor Government communication, the Parliamentary report said. Pictured, Alfie Dingley, who had initially been refused cannabis oil, which dramatically eased his symptoms

In a report released today, MPs on the Health and Social Care Select Committee called for a randomised control trial – a major piece of medical research – to ‘weigh up any risks and benefits.’

Nearly all medicines are subject to these trials before they are licenced and routinely prescribed to patients.

The report called for such a trial to be carried out ‘as a matter of urgency’ alongside other smaller studies.

The report was heavily critical of companies that are failing to make the substance available for these trials amid claims it would cost them too much money.

MPs want the Department of Health to ‘name and shame’ these firms and also encourage the wider pharmaceutical industry to get involved in cannabis research.

The report said: ‘There are major gaps in the research base for medicinal cannabis in part because research was very difficult under the previous scheduling.

THE DIFFERENCES BETWEEN THC AND CBD

Tetrahydrocannabinol (THC) and cannabidiol (CBD) are both derived from the cannabis plant.

Together, they are part of the cannabinoid group of compounds found in hashish, hash oil, and most strains of marijuana.

THC is the psychoactive compound responsible for the euphoric, ‘high’ feeling often associated with marijuana.

THC interacts with CB1 receptors in the central nervous system and brain and creates the sensations of euphoria and anxiety.

CBD does not fit these receptors well, and actually decreases the effects of THC, and is not psychoactive.

CBD is thought to help reduce anxiety and inflammation.

‘There is potential medicinal benefit to cannabis-based products but the gaps in the research base mean that we do not know where this sits alongside other therapies.’

The regulation of medical cannabis was reviewed in November after the chief medical officer found evidence, though contested, for its use in certain conditions.

Medicinal cannabis has been used to treat a range of conditions including severe epilepsy, sickness following chemotherapy and muscle spasms and pain from multiple sclerosis.

It’s different from CBD oil that can be bought in high-street stores and online because it contains the psychoactive part of the plant that creates a ‘high’.

Only one cannabis-based product for medicinal use (CBPM) is licensed in the UK but is not regularly prescribed on the NHS because it has not been deemed cost effective.

Hardly any children have received medicinal cannabis since it was legalised because doctors are reluctant to give it out in fear of the potential side effects their patient will be struck with.

In April, the health secretary, Matt Hancock, claimed more than 80 children had been given NHS prescriptions since the law was changed – but there are no official figures. 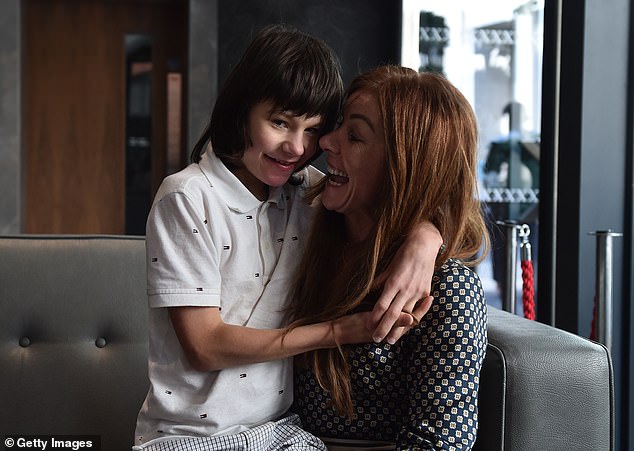 MPs have called for ‘robust research’ into medical cannabis to fill ‘major gaps’ into whether it causes any long term damage. Pictured, Billy Caldwell with his mother, Charlotte

WHO CAN RECEIVE A PRESCRIPTION OF CANNABIS OIL ON THE NHS?

Very few people in England are likely to get a prescription for medical cannabis.

Currently, it is only likely to be prescribed for the following conditions:

It would only be considered when other treatments weren’t suitable or hadn’t helped.

Some cannabis-based products are available to buy over the internet without a prescription.

It’s likely most of these products – even those called ‘CBD oils’ – will be illegal to possess or supply and there’s a good chance they will contain THC – the chemical which makes you high.

The risks of using cannabis products containing THC (the chemical that gets you high) are not currently clear. That’s why clinical trials are needed before they can be used.

You cannot get cannabis-based medicine from your GP – it can only be prescribed by a specialist hospital doctor.

There are concerns it could cause hallucinations and delusional thoughts, just like street cannabis, and may lead to patients becoming addicted.

Doctors are now ‘handling the backlash’, the Parliamentary report said, as relationships between doctors and patients expecting easy access to prescriptions have worsened.

The subsequent need to ‘clarify misconceptions’ has led to ‘public mistrust in the regulatory system and angry patients’, the report added.

The report said: ‘Once it became apparent that there was a degree of misunderstanding about the rescheduling, it would have been feasible for the Government to step in to clarify the situation.

‘Whilst clinicians have been issued guidance in the interim by their professional bodies, the Government has done little to correct the widespread misconceptions regarding CBPMs.

‘Patients have had their expectations raised unfairly and doctors are handling the backlash of poor Government handling.’

The committee is recommending that the Government and NHS England form a communications plan ‘to relay clear information to patients and the wider public about the availability of CBPMs and the need for further research’.

Dr Sarah Wollaston MP, chair of the Health and Social Care Committee, said: ‘Although the recent changes to Government policy were welcomed, there was a failure to communicate what this would mean in practice for the availability of medicinal cannabis.

‘Expectations were unfairly raised that these products would become widely and readily available, and there needs to be far clearer communication that this is not the case.

‘However, recent changes to the scheduling do make it easier to conduct robust research into medicinal cannabis, which would build a stronger evidence base so that patients can weigh up any risks and benefits of treatment.

‘At present there are too many gaps in the evidence to allow most forms of medicinal cannabis to be licensed for use and approved by NICE.

‘We welcome the calls for research proposals from the NIHR and we recommend that intractable childhood epilepsy should be a priority.’

Simon Wigglesworth, deputy chief executive at Epilepsy Action, said it was ‘disappointing’ that the committee did not take the cases of children whose lives have been improved by medical cannabis as evidence it works.

He said: ‘These medicines won’t work for everyone and should only be prescribed if there is an indication they could work, but Epilepsy Action does believe there are more children who could benefit than are currently.

‘We welcome the report’s recommendations for more clinical trials for children with intractable epilepsy. But we can’t ignore the fact that there are people with epilepsy, living with daily seizures, who need help now.’

Dr David Caldicott, clinical senior lecturer, Faculty of Medicine, Australian National University (ANU), said: ‘In research terms, we are probably the best part of a hundred years behind where we should be in our knowledge of cannabis based products for medicinal use in humans (CBPMs).

‘The Chair of the Committee is probably correct in noting that expectations have been unfairly raised for UK patients, in what are often horrendous personal situations.

‘UK patients probably assumed that they would have access similar to their counterparts in Canada, or Germany, Israel or the Netherlands.’

Experts – including the head of the NHS Simon Stevens – fear the law change will pave the way for substance to be legalised for recreational use.

THE LANDMARK CASE OF BILLY CALDWELL 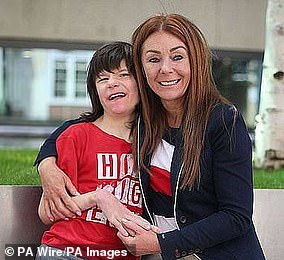 The 13-year-old sparked a row over the medicinal status of the oil, prompting the Home Office to step in and grant his mother Charlotte an emergency licence for the product that was calming his seizures, which contained THC.

Billy’s bottles were confiscated on June 11 after Ms Caldwell brought them in from Toronto.

On the back of the cases of Billy and fellow epileptic boy Alfie Dingley, six, Home Secretary Sajid Javid called for a review into medicinal cannabis.

In a major shift of policy, he announced in July that some products containing the drug would be available on prescription in the UK from the autumn.

On the day of the change to the law in November, Ms Caldwell said she wept with joy.

‘For me what started off as a journey which was about the needs of my little boy actually turned into something, proved to be something, a lot bigger,’ she told Sky News.

‘It proved to be the needs of a nation.

‘Only relatively recently did our Government and country really start to appreciate just how many wee children and people of all ages were affected by the difficulties associated with accessing medicinal cannabis.

‘But it became clear it wasn’t just about what was perceived to be a small number of very sick children and that medicinal cannabis could make a life-changing or life-saving difference to more than a million people.’

Although thrilled by the law change, Ms Caldwell hopes regulations will be expanded to allow more people to benefit from cannabis-based treatments.

‘This is new ground for everybody. We did in a few days what successive UK governments failed to do in more than half a century and made medicinal cannabis legal,’ she said.

‘Then, as now, politicians didn’t realise the complexities involved.

‘There’s a wide range of conditions, each of which can only be treated by certain forms of medicinal cannabis.’