This is a story from Kaiser Health News.

It was a sleepy Saturday in mid-February. But Virginia Sanders was speaking, and the audience was rapt.

“One might not have the power. But a thousand has the power,” she said. “Don’t let anybody fool you that you don’t.”

Sanders, 76, has been an organizer and activist all her life. She marched in the civil rights movement. She protested against the Vietnam War. During the 2016 primary, friends recall, this petite black woman marched up to men in Ku Klux Klan robes to distribute flyers about then-candidate Bernie Sanders — no relation. (They took the papers, she said.)

Now, she is focused on a different battle, one that has captured liberals’ imagination across the country: “Medicare-for-all.”

Outside Washington, Sanders is among the ranks of activists readying for a fight, even in states where, backers acknowledge, this approach often isn’t considered mainstream. 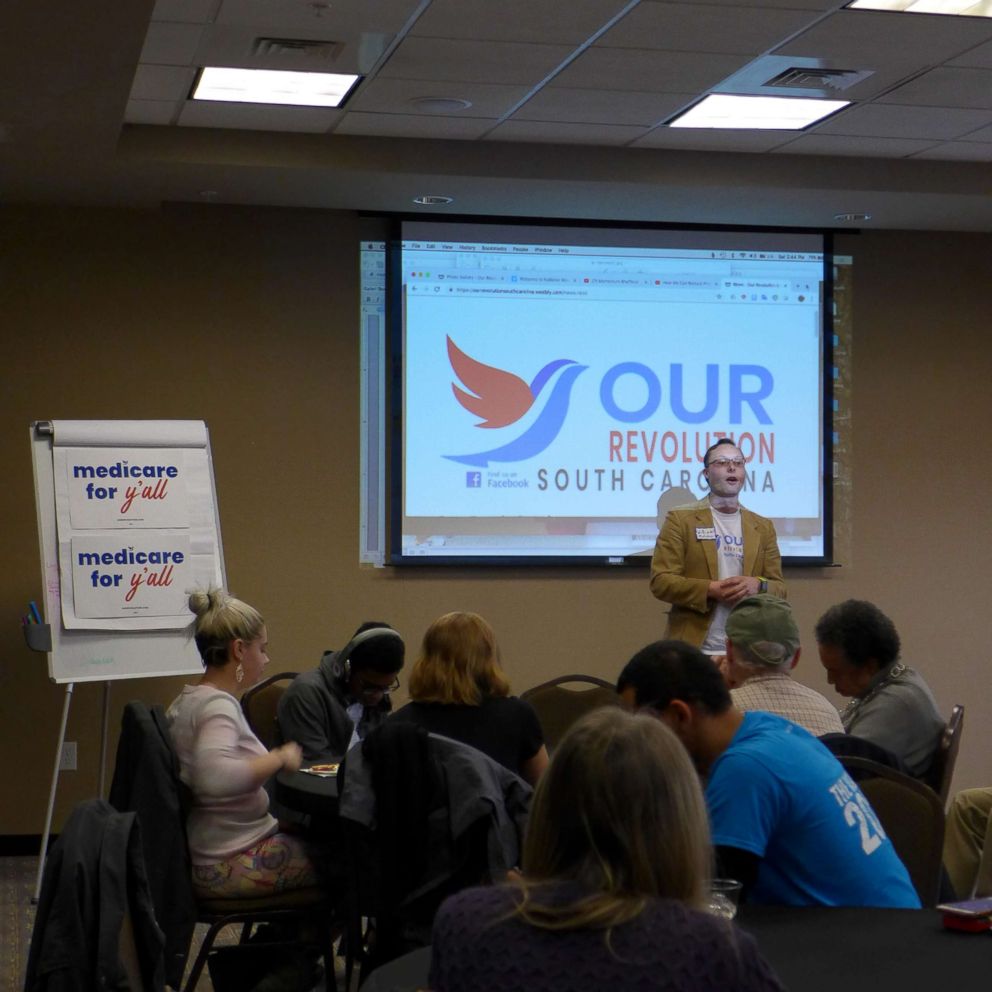 In states including Texas, Arizona, Louisiana, Idaho and Missouri, a series of events have been held to harness energy on the ground and to showcase enthusiasm – even in unlikely places – for the Medicare-for-all idea.

And that enthusiasm is sizeable.

Sanders was speaking at what activists call a “barnstorm.” The event was meant to turn the roughly three dozen people in this gray hotel conference room into foot soldiers in an, at best, sharply uphill health care fight.

Winning Medicare-for-all wouldn’t be easy, Sanders told her audience of would-be activists, but she is still a believer.

“When I say South Carolina is a red state, it’s a blood-red state,” Sanders said after the event. “[But] if we can just educate people who live at or below the poverty level to vote with their best interest, we can change South Carolina.”

The battle over health care reform is playing out in heated rhetoric on the national stage. Polling shows the concept has general support. But that backing wanes if respondents are told about potential consequences, such as eliminating private insurance or raising taxes.

Democrats seeking the party’s 2020 presidential nomination are for the most part adopting the Medicare-for-all slogan head-on, though often hedging on specifics. Health industry interests are lining up in opposition. And Republicans decry it as “socialized medicine.”

At this barnstorm in South Carolina’s capital, about 36 people showed up to munch sandwiches and potato chips at what was effectively a two-hour organizing lesson in an off-election year — and on the same day as a visit here from Sen. Kirsten Gillibrand, a New York Democrat running for president.

The following afternoon, in Fayetteville, W.Va., about 30 came to a similar event, this one hosted above a local sandwich shop and bar. Activists sipped beers, swapped health care stories and planned phone banks and canvassing events to spread the word.

It’s an unusual kind of energy around a policy that, before 2016, had been relegated to a progressive pipe dream.

“There is an incredible amount of activism among liberal communities, which also exist in conservative states,” said Robert Blendon, a professor of health policy and political analysis at Harvard University. That activism, he added, could shape the Democratic primary and, by proxy, the 2020 presidential contest. 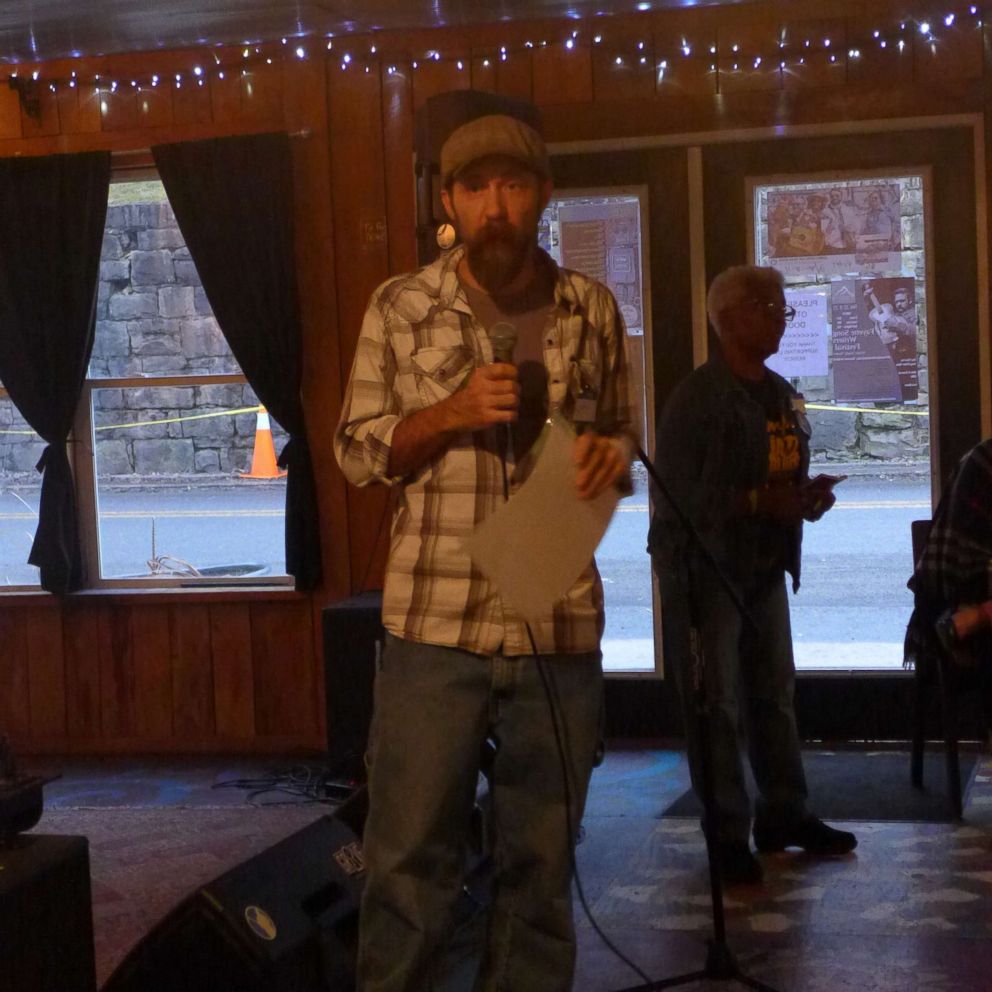 The Vibe On The Ground

The coalition pushing Medicare-for-all is widening — with what started as a signature proposal for Sen. Sanders’ presidential campaign taking on broader appeal.

In Fayetteville, local Democrats who had fiercely supported Sanders or Hillary Clinton in the 2016 primary came together to learn about Medicare-for-all, said Chris Pennington, a 36-year-old substitute teacher and Bernie Sanders delegate in 2016.

Columbia’s event certainly drew a familiar crew, said Lucero Mesa, 61, who organized it and co-chairs the local chapter of Our Revolution, a political action group with ties to Sanders’ 2016 presidential campaign. But then her eyes widened as more attendees filed in: “I’m starting to see faces I don’t recognize!”

On a national level, Medicare-for-all earns ire from Republican lawmakers. But “it’s not a partisan issue” in a place like West Virginia, Pennington said. Indeed, polling from the Kaiser Family Foundation suggests that as many as a third of Republicans support the idea. (Kaiser Health News is an editorially independent program of the foundation.)

Meanwhile, the thorny issue of whether to keep private insurance, a question that has already ensnared some candidates, has less impact among these activists.

In the same breath as embracing legislation introduced by Sen. Sanders, which would effectively eliminate the insurance industry, organizers expressed openness to other policy approaches, as long as they kept certain broad principles intact.

When asked if the system in Sanders’ bill — which is inspired by the Canadian health care model — would best serve American interests, Lawrence Nathaniel, a 25-year-old Columbia activist, didn’t hesitate.

Virginia Sanders went a step further. Calling to get rid of private insurance, might actually be “a mistake,” she said.

“We can let the American people have input,” she added.

To be sure, even though the Medicare-for-all message faces skepticism in many other red-state locations, it still tilts the health care debate. In Texas, for instance, activists acknowledge that this kind of sweeping reform is improbable but say it has opened the discussion up to incremental ideas, such as pursuing the Affordable Care Act’s Medicaid expansion — also still considered a long shot.

It also could have far-reaching political ramifications. The activists organizing now, Blendon noted, are likely to vote in the upcoming Democratic primaries.

“A lot of these groups will … turn out in states you don’t expect,” he said. “There is a general principle running through part of the Democratic Party. And the principle is they want universal coverage, and a very strong role for government.”

For someone like Virginia Sanders, it’s not so much a political issue as a moral one.

“We have to fight. Freedom isn’t free,” she said. “Power concedes nothing. It has to be taken.”

Kaiser Health News (KHN) is a nonprofit news service covering health issues. It is an editorially independent program of the Kaiser Family Foundation that is not affiliated with Kaiser Permanente.