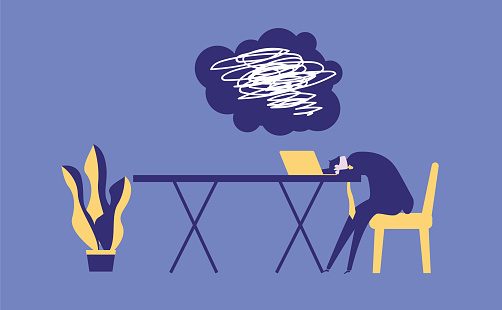 New research shows one in three British workers have taken a planned or unplanned career break.

But it seems the reasons for doing so differ greatly for men and women.

According to the study, mental and physical health concerns are the main reason men drop out of work – named by 23% more men than women.

Whereas childcare was the leading reason behind women taking a career break.

Redundancy was the third most common reason overall, and was named by 50% more men than women (12% of men cited redundancy as the reason for their career break – compared to 8% of women).

The research was commissioned by ethical hiring organisation Applied and social enterprise Women Returners, as part of a new campaign called #DontMindTheCareerGap – which aims to end the stigma surrounding career breaks.

This is something particularly important, as more than 50% of people who take a career break would rather not tell prospective employers about it – with men more reluctant than women.

Also, 20% of men say that there is a negative stigma on the issue – as well as on the attitudes surrounding career gaps.

As a result, the new campaign is calling for dates on CVs to be replaced with length of time per role, to tackle this stigma – as this means candidates can be judged on their experience.

Especially considering a career break can give you time to focus on what you actually want to achieve, and set the things in motion to help you do this. Not to mention, is essential for getting mental health back on track – particularly, if you’ve experienced burnout.

Also, according to the campaign, when CV dates are replaced with the number of years experience, call-back rates for candidates improve by 14% – compared to candidates with a ‘gap’ on their CV.

Khyati Sundaram, CEO of Applied, says: ‘We want employers to help level the playing field for all candidates by evolving their application process so that candidates with career gaps cannot be screened out of the process early.

‘By removing employment start and end dates from CVs, and using a skills-based hiring model, employers can build an inclusive hiring process that empowers all candidates to showcase their skills – no matter where, how, or when they gained them.

‘The notion of “skill-fade” during a career gap is a fallacy and we want to ensure all candidates are given a fair and equal chance to succeed.’

The benefits of taking a career break: