A mother who was diagnosed with dementia at 49 has has told how her daughter has to hold her hand to help her cross the road.

Amanda Quinn, now 50, assumed her forgetfulness was a sign of the menopause and was shocked to discover her true fate in January 2018.

Her GP noticed red flags when Mrs Quinn visited the doctor for an ear infection and completely forgot why she was there when asked.

Mrs Quinn was devastated by her diagnosis, instantly turning to her husband Steven Quinn, 45, and saying: ‘Please don’t leave me.’

Their 22-year-old daughter, Bethany, has had to step in as a full-time carer, as Mrs Quinn comes to term with the strange ‘role reversal’.

Mrs Quinn, who can no longer cook because she does not remember how, is one of more than 42,000 people under 65 with dementia in the UK, according to estimates. 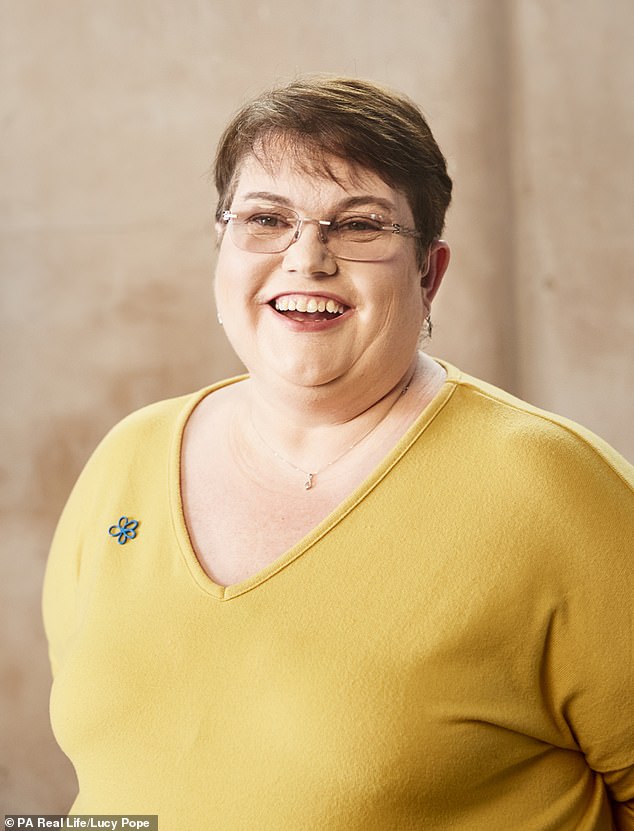 Amanda Quinn, now 50, of Rhondda Valley, Wales, was shocked to find out she had Alzheimer’s at 49 years old, assuming her memory loss was a sign of the menopause 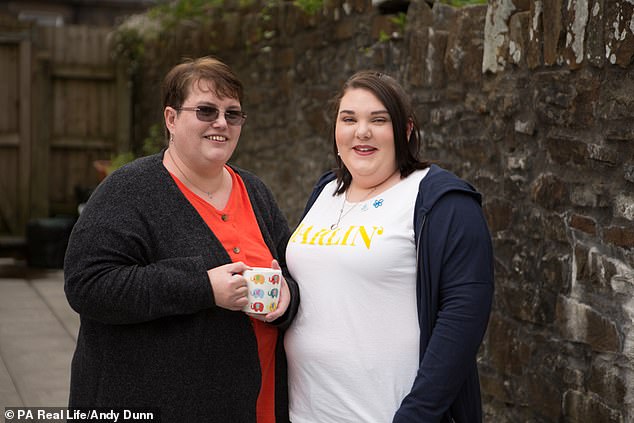 Mrs Quinn’s 22-year-old daughter, Bethany, has had to step in to help with daily tasks such as cooking, as Mrs Quinn comes to term with the strange ‘role reversal’

Mrs Quinn, of Rhondda Valley, Wales, had to quit a criminology and psychology degree at The Open University due to the diagnosis.

She said: ‘To be told you have dementia at 49 is like being given a loaded gun. I felt as if I had been just handed a death sentence and sent on my way.

‘I’ve lost friends over my diagnosis because they don’t know how to deal with it. I’ve tried to tell them, “I’m still me” but they just don’t get it.

‘I’ve also been told I “don’t look like I have dementia” – what do people want, me to wear a uniform saying, “Beware! Dementia!”‘

Mrs Quinn said she barely noticed she was becoming absent-minded from around September 2017 onwards.

Everything came to a head when she went to see her doctor about an unrelated earache.

She said: ‘I thought the forgetfulness was just a sign that I was starting the menopause.

‘The doctor asked what he could do for me, and I realised I couldn’t remember why I was there.

‘Thankfully, I had Bethany with me, who explained that I did have an earache, but that also I hadn’t been myself recently and was forgetful and moody.’

Mrs Quinn then underwent a memory test, which involved being asked about what year it was and what certain objects were called.

Meeting once again with concerned doctors two weeks later, the word ‘dementia’ was mentioned for the first time.

Mrs Quinn said: ‘I was referred for more tests, including an MRI and CT scan and blood tests.

‘But I was that sure I didn’t have dementia, that I thought they were wasting their time. That never even crossed my mind.’ 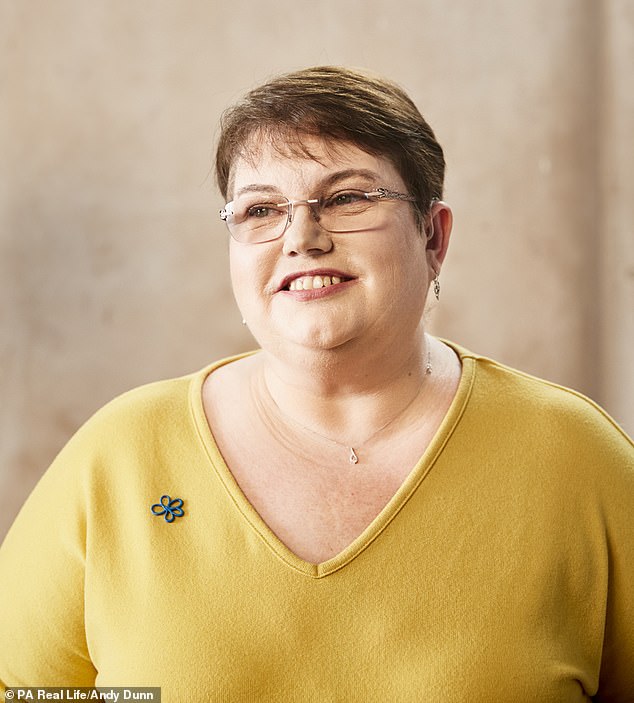 Mrs Quinn, of Rhondda Valley, Wales, said of her diagnosis: ‘I felt as if I had been just handed a death sentence and sent on my way’ 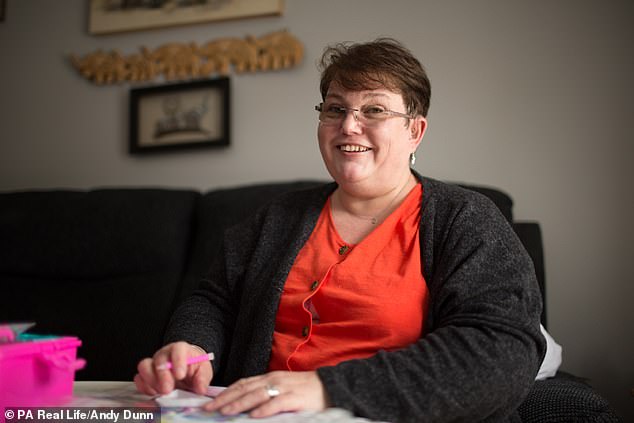 The first thing Mrs Quinn, a mother-of-four, did after her diagnosis in January 2018 was turn to her husband Steven Quinn, 45, and say, ‘Please don’t leave me’ 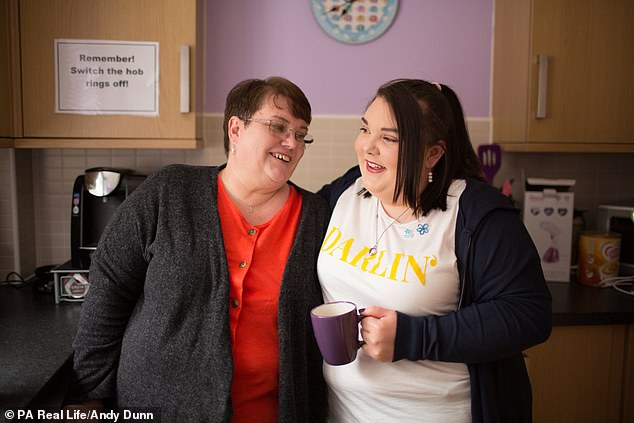 But results revealed in January 2018 that Mrs Quinn did indeed have early-onset dementia.

There are more than 850,000 people living with dementia in the UK today, of which more than 500,000 have Alzheimer’s, according to The Alzheimer’s Society.

Those under 65 account for around five per cent of people with Alzheimer’s – the most common form of dementia.

There is no cure, and some evidence suggests early-onset Alzheimer’s may progress faster and more aggressively.

WHAT IS EARLY-ONSET ALZHEIMER’S DISEASE?

Early-onset Alzheimer’s disease affects people under 65 and makes up around five per cent of the condition’s sufferers.

A very small number of these cases are caused by faulty genes, accounting for less than one per cent of all cases of Alzheimer’s disease. It is so rare that it affects around 600 families worldwide.

These symptoms get worse over time.

Most cases are not inherited but are thought to be brought on by a combination of genetic and environmental factors.

There is no cure. Treatment focuses on managing symptoms.

Speaking of her diagnosis, Mrs Quinn said: ‘I walked out of hospital, got in the car, closed the door – and just burst into tears. I kept thinking, “I’m 49, this shouldn’t be happening to me”.’

Later, Mr Quinn, a lorry driver, gathered the family, including Jon, 30, George, 25 and Bethany, at home to break the devastating news.

Mrs Quinn said: ‘I was crying so much, but then Jon, my eldest, turned to me and said, “We’re going to get through this as a family. Whatever you need, we’re all here”.

‘I couldn’t have asked for more – they’re such amazing kids.’

Since her diagnosis, Mrs Quinn has noticed a deterioration in her memory.

She can no longer cook, as she does not remember how, and once-loved hobbies like cross-stitch are now impossible as they require too much concentration.

She also cannot go for walks alone any longer, as she gets easily lost.

‘I seem to have lost my sense of danger. I just step out in front of cars – I think I almost just don’t notice them there,’ she said.

‘I used to love to read, which I still do, but I couldn’t tell you what a book is about. Still, I’ll just get lost in the page I’m on and try not to worry about what the plot is.

‘Bethany in particular is with me pretty much 24/7. No child is ever taught to be a carer, so I think people don’t quite understand what’s required of her.

‘It’s like our roles have reversed. Now, she holds my hand as we cross the road – just like I did to her when she was little.’

There are 700,000 people in the UK who care for someone with dementia, who are mostly unpaid. Bethany hopes to study midwifery at university one day.

Since her diagnosis, Mrs Quinn has recognised a stigma towards dementia. She said she has received thoughtless and nasty comments.

Recalling one particularly harrowing incident, she said: ‘I was recently on a train with Bethany, going to an Alzheimer’s conference, when somebody was sitting in our reserved seats.

‘Bethany asked them to move, but they refused – even when she explained I have dementia.

‘They were saying all sorts of horrible stuff about me, and though Bethany tried her best to protect me from it, I heard it all.

‘They said I should be locked up, that people like me shouldn’t be in public, that I should have my own carriage on the train because I was a danger to society.

‘In the end we walked away and found different seats. We sat in silence for the whole journey, both trying not to cry.’ 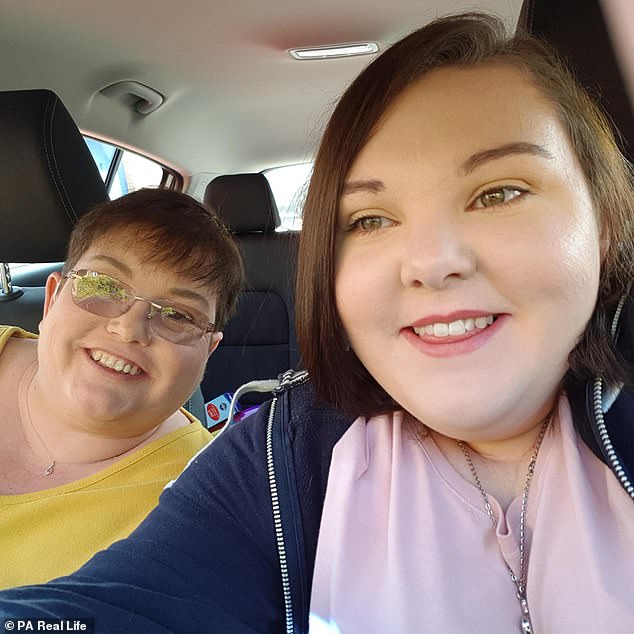 Mrs Quinn has recognised a stigma towards dementia, receiving nasty comments from ignorant strangers. One person said she should be ‘locked up’ 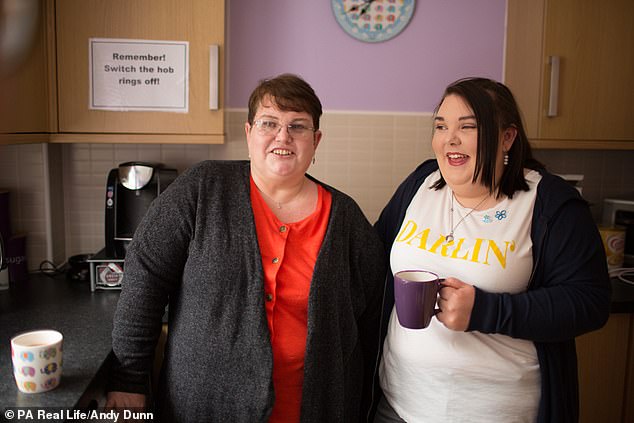 Mrs Quinn, pictured in her kitchen with Bethany, can no longer cook and once-loved hobbies like cross-stitch are now impossible as they require too much concentration 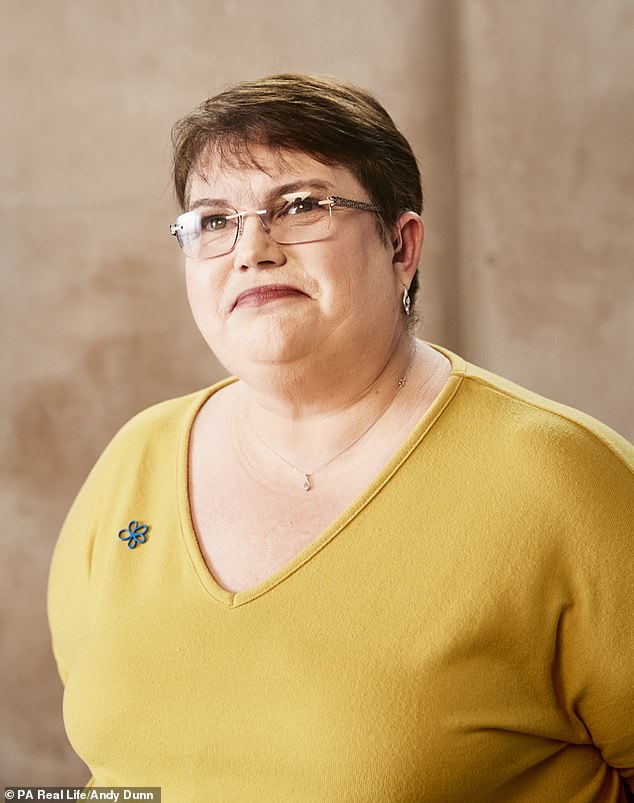 Mrs Quinn revealed what it’s like to have Alzheimer’s, and said: ‘I used to love to read, which I still do, but I couldn’t tell you what a book is about. Still, I’ll just get lost in the page I’m on and try not to worry about what the plot is’

Mrs Quinn wants to encourage people to be more mindful of so-called invisible conditions like hers ahead of World Alzheimer’s Day 2019, September 21.

She said: ‘I wish society would stop treating people like me, with dementia, like we’re stupid or don’t know what we want.

‘Give us a chance to let us be who we are – we still have a voice, so don’t take away our right to use it.’

Mrs Quinn’s future is uncertain, but as well as the unwavering love of her family, she has also been supported by Alzheimer’s Society UK.

The leading charity have highlighted research finding that 44 per cent of people fear dementia over any other condition.

And a shocking 15 per cent would not want to have a conversation with a person with it.

They are calling on people to sign up as a Dementia Friend, joining the three million existing members across the nation who are working to make sure people with the condition are included, understood and respected.

Mrs Quinn said: ‘With lots of conditions, as soon as you’re diagnosed, you have a whole specialist team and all this information, but with dementia, there’s nothing.

‘That’s why charities like Alzheimer’s Society UK and the support they give are so important.

‘I refuse to say I suffer with dementia – I live with it. I still have a life, and a voice, and things I want to do. My family and I get through the only way we can – day by day.

‘Now, I am trying to make as many memories with them as I can, so we have those happy times to look back on.’

Jeremy Hughes, chief executive of Alzheimer’s Society, said, ‘It’s horrifying to hear that people like Mrs Quinn are experiencing such terrible stigma as they simply try to get on with their daily lives.

‘This is unacceptable and highlights the urgent need for us as a society to take action.

To sign up as a Dementia Friend, visit here.