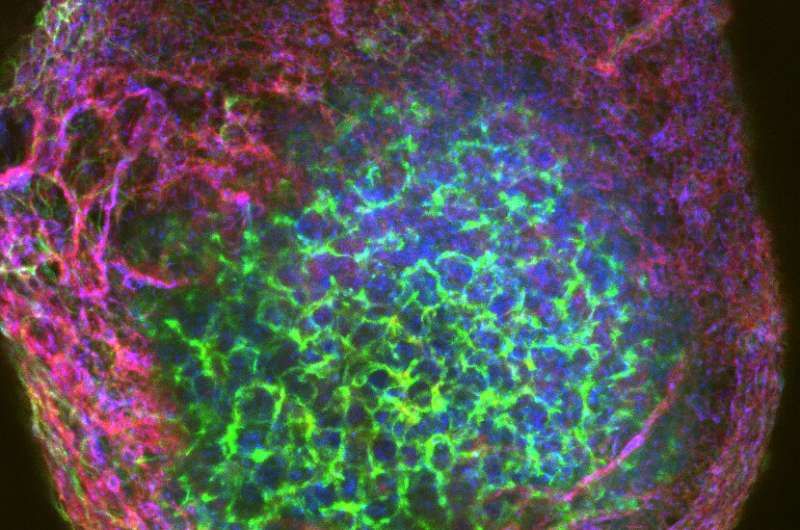 Researchers are closer to understanding the earliest beginnings of the circulatory system during embryonic development—a discovery that could lead to ways to repair damage in the human body after stroke or heart attack.

Using high-resolution, time-lapse imaging and a technique called transcriptional profiling to understand relationships between cells, scientists at the Fralin Biomedical Research Institute at VTC found separate but closely connected cell types working together to build blood and other circulatory vessels in a mouse model and in cell cultures.

The finding is surprising. Instead of confirming the notion that different cell types joined the construction process at different times to build the tubes that transport blood through the body, the researchers discovered that the cells begin work at approximately the same time during embryonic development.

The discovery—featured on the cover of the current issue of Arteriosclerosis, Thrombosis, and Vascular Biology—may reshape current theories of vascular development and inform medical strategies to restore circulation to damaged tissue in the event of stroke or heart attack.

“We are interested in understanding the fundamental part of vessel formation so that when it happens in reverse in disease states, and the cells become unraveled and detach from one another, we could find opportunities to target that with pharmacological approaches,” said John Chappell, associate professor of the Fralin Biomedical Research Institute’s Center for Vascular and Heart Research. “We want to know the translational impact of these fundamental processes to inspire new ways to regenerate vascular tissue and restore blood flow in people with heart problems or stroke.” 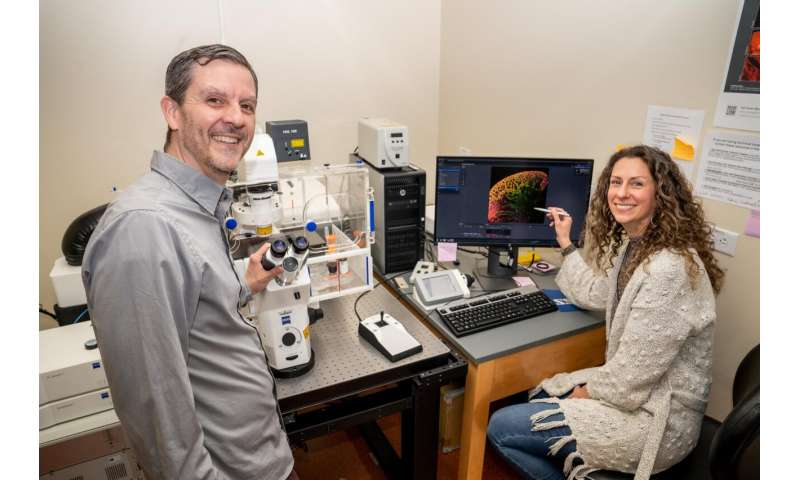 During the study, the researchers looked at cells called pericytes and specifically their precursor cells, which can be considered their parents or ancestors. Pericytes wrap around the interior of small blood vessels called capillaries to add stability and maintain function. The scientists also studied endothelial cells, which are essential to the formation of the circulatory system and among the first cells present very early in development in most animals.

“One of the things that makes this so exciting is that it provides insight into how and when pericyte precursors first interact with endothelial cells, which are the primary cell type of the capillaries,” said Laura Beth Payne, a research scientist at the Fralin Biomedical Research Institute. “It’s important because understanding the relationship between the cell types will help us advance therapeutics for various vasculature-related pathologies.”

Vasculature can be thought of as tubes with blood flowing through them. Pericytes make up an outer layer of the tubes to stabilize and possibly change the diameter of the passages—and all of this biological plumbing needs to be in place before the heart starts beating.

The researchers showed cells with a pericyte lineage emerge alongside the creation of the vascular system in the body, not later during development, as is generally thought.

They observed pericyte and vascular smooth cell progenitors physically engage and undergo direct cell-to-cell coupling with endothelial cells during the genesis of the vascular system. They also found a protein—connexin43—may be vital during early vessel formation.

The discovery hinged on the researcher’s ability to do ultralong time-lapse imaging of up to 140 hours to show cellular differentiation and vessel organization in differentiating embryonic stem cells, which were taken from a mouse model bred with fluorescent proteins encoded in its genome. The task was executed by Payne, the first author of the study, using a confocal microscope that is supported by the research institute’s imaging core.