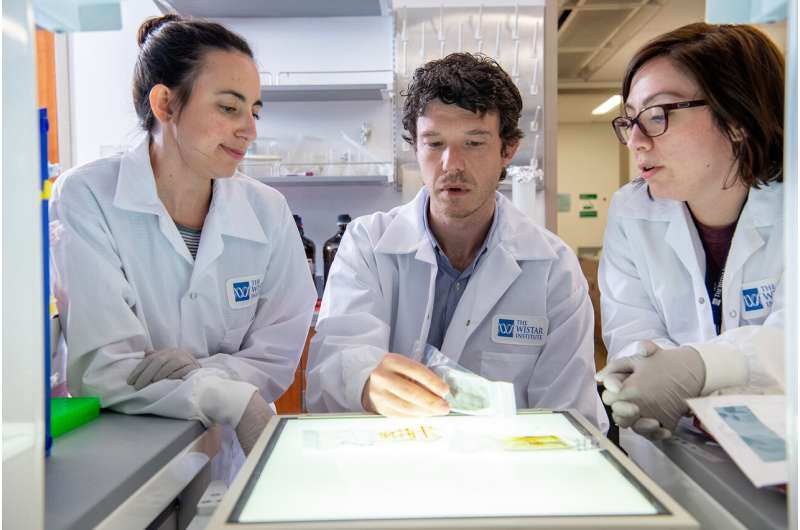 Scientists at The Wistar Institute discovered that Early Growth Response 1 (EGR1), a protein that turns on and off specific genes during blood cell development, inhibits expression of pro-inflammatory genes in macrophages. As part of their function to protect the body against pathogens, macrophages play a major role in initiation, maintenance, and resolution of inflammation. The discovery expands the understanding of how macrophages are set off and deactivated in the inflammatory process, which is critical in many normal and pathological conditions. These findings were published online in the journal Science Advances.

“By deepening the understanding of the role of EGR1, we shed light on the fundamental process of macrophage maturation, which is required for many aspects of the immune response including inflammation,” said Alessandro Gardini, Ph.D., assistant professor in the Gene Expression & Regulation Program at The Wistar Institute and senior author on the study. “Our data suggest EGR1 acts as a master regulator of inflammation in macrophages.”

Macrophages are specialized immune cells that eliminate foreign substances, cellular debris and cancer cells. Their multi-step maturation from progenitor cells in the bone marrow requires the concerted action of critical transcription factors that regulate expression of specific genes. EGR1 is one of these factors but its function remained elusive.

In response to tissue damage and infection, white blood cells of the immune system called monocytes can leave the bloodstream and infiltrate tissues, where they undergo an elaborate developmental program and mature into macrophages. Macrophages have the ability to “eat” pathogens, promote inflammation and elicit pathogen-specific immune responses.

The molecular mechanisms underlying this maturation process are not well defined. The same set of transcription factors acting in early monocyte development were thought to be involved in the conversion of monocytes to macrophages.

Gardini and colleagues used a model to recreate differentiation of monocytes to macrophages in vitro and performed a systematic genomic analysis of the role of EGR1 in this process. They found that EGR1 binds to different DNA regulatory regions in late-differentiating macrophages as opposed to progenitor cells differentiating into monocytes.

The lab previously uncovered a mechanism whereby EGR1 regulates gene expression in monocytes and macrophages by interacting with enhancers. These are short regulatory DNA sequences that, when bound by specific transcription factors, augment the expression of the associated genes.

In the new study, researchers found that EGR1 represses inflammatory enhancers in developing and mature macrophages, blunting their activation and the immune response.