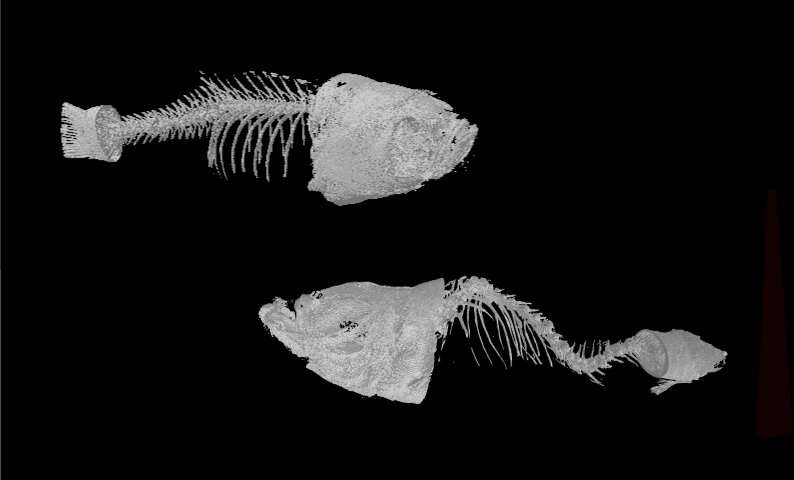 As part of an international collaboration, researchers from ELTE Eötvös Loránd University developed a new animal model to study a rare genetic disease that can lead to blindness at the age of 40-50. The new model could open up new perspectives in our understanding of this metabolic disease and will also help to identify new potential drug candidates, according to the recent study published in Frontiers in Cell and Developmental Biology.

Pseudoxanthoma elasticum (PXE) is a rare genetic disease with symptoms that usually manifest in adolescence or in early adulthood. The symptoms are caused by the appearance of hydroxyapatite crystal deposits in the subcutaneous connective tissue and retina and later can also appear in the vascular system. Excessive calcification in the retina can lead to blindness, while the crystals in the walls of the blood vessels result in the loss of their elasticity and in the development of severe vascular diseases.

The researchers of the DanioLab Research Group at the Department of Genetics of the ELTE Eötvös Loránd University, supported by the Diagnostics and Therapy Excellence Program, collaborated with researchers from the ELKH-RCNS Institute of Enzymology, Semmelweis University Institute of Physiology, and the US National Human Genome Research Institute (NHGRI) to create a new model for PXE. The researcher used zebrafish (Danio rerio), a popular model of genetic research, to gain a better understanding of this rare genetic disease.

Why is zebrafish a good animal model?

PXE usually develops in patients carrying mutations in the ABCC6 gene, encoding a cell membrane transporter protein. The zebrafish genome harbors three variants (so-called paralogues) of this gene: abcc6a is located on chromosome 6, while abcc6b.1 and abcc6b.2 are located on chromosome 3. Closer examination of the three paralogues, using new sequencing methods, revealed that only abcc6a and abcc6b.1 have a protein-coding function. In contrast, abcc6b.2 has lost its active role and is present as a pseudogene in the genome of the zebrafish.

The research team at ELTE Eötvös Loránd University successfully created and characterized mutant lines in the two protein-coding ABCC6 paralogues using the CRISPR/Cas9 genome-editing system, to understand if they have synergistic effects in the fish. “To our surprise, only abcc6a homozygous mutant animals showed defects in calcification. These could be observed relatively early, already at larval stages, indicating that loss of function of this gene in zebrafish affects calcification similarly to that seen in human patients. By adulthood, the skeletal system of the mutant animals was severely distorted. The spine is spectacularly twisted due to the excessive calcification between the vertebrae,” said Máté Varga, the head of the DanioLab Research Group at ELTE Eötvös Loránd University.