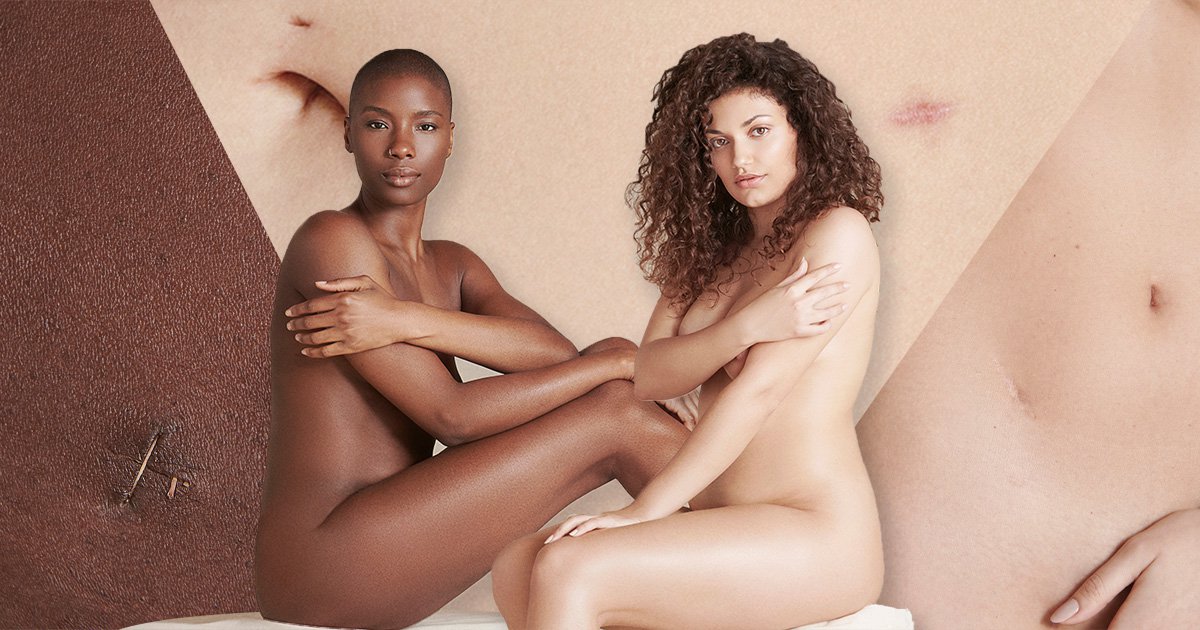 A new photography exhibition details the experience of women living with endometriosis.

The launch of the online show, titled WITHIN, coincides with the start of Endometriosis Awareness month – which runs throughout March in 2021.

It’s being hosted by Another Boutique – an online gallery that aims to raise awareness about current socio-political issues and helps to facilitate change through exhibitions.

Ester Keate, the photographer behind the project, explains that she hopes the new show will educate and open up the dialogue around periods.

‘I hope that for women out there who are suffering in silence it might give them the confidence to speak up,’ she tells Metro.co.uk.

As well as full-body portraits, eight close-up images in the show highlight the women’s surgical scars – the only outward signs that they suffer from a medical condition.

For the majority of those with endometriosis, this surgery (known as a laparoscopy) is the only way to confirm their diagnosis and can be the only option for treating symptoms.

A few years ago, Ester had never heard of endometriosis – but she then watched a close friend struggling with the condition and witnessed how hard it was for her to be taken seriously by doctors and to finally get a diagnosis.

She adds: ‘I just kept thinking how so many women would have just backed down after the first, second or third time they were turned away by doctors and told “it’s just period pains” and how they would have spent their lives suffering in silence.

‘I wanted to do something to help inform other women about this condition and hopefully give them the confidence to fight for a diagnosis themselves and, ultimately, to change the dialogue enough that people feel heard and don’t need to fight to be diagnosed.

‘It is also a topic that that my agent, from Boutique Artists, feels very strongly about – so together we decided that the way in which we might be able to make a difference is to raise awareness through an exhibition.’

Ester put casting calls out on social media and had an overwhelming response.

Although she wanted to include lots of women, she decided to whittle it down to 18 – to represent the 180 million women worldwide who suffer from endometriosis.

Speaking about her experience of the shoot – which took place in February 2020 (pre-pandemic) – she said: ‘It was heartbreaking at times, but also so inspiring.

‘These amazing women had been through so much and had been ignored for so long, and yet were willing to share their stories and, quite literally, bare everything in the hope that they might be able to make a difference to even one other women out there.’

The women, whose names have been kept anonymous, have shared their experiences of being part of the exhibition.

Reflecting on the project, one said: ‘The photoshoot was great. It’s the first time I’ve met any other women with endometriosis which has been incredible. So good to share stories and realise how many other women have the same issues. It made me feel less alone in my suffering.’

The women also offered advice to others living with the condition.

One commented: ‘If you have any endometriosis symptoms make sure you push for further investigations. Too often doctors prescribe pain killers or the contraceptive pill. This is not good enough and can consequently delay your diagnosis. You might feel alone, but you’re not, 1 in 10 women have this condition.’

While another said: ‘You know your body more than anyone. If you are experiencing any symptoms, don’t suffer in silence and urge your doctor to refer you for a pelvic scan. The more we talk about it, the more awareness we raise to help women all over the world.’

Proceeds and prints of the women featured in the show will go towards charity Endometriosis UK.

To view the online exhibition and to donate visit Another Boutique.

Get in touch at [email protected]