An NHS patient has been waiting 849 days for hospital treatment – more than 10 times the maximum limit.

The unnamed patient, in the east of Scotland, has been on a waiting list for more than two years.

This is despite the Scottish Government introducing a guarantee patients would be treated within 12 weeks – 84 days.

And thousands more have endured waits of more than six months for treatment from the health service since 2016, figures have revealed.

Politicians called the discovery ‘shocking’ and said failings are ‘disrupting people’s lives and work, leaving them in discomfort and pain’. 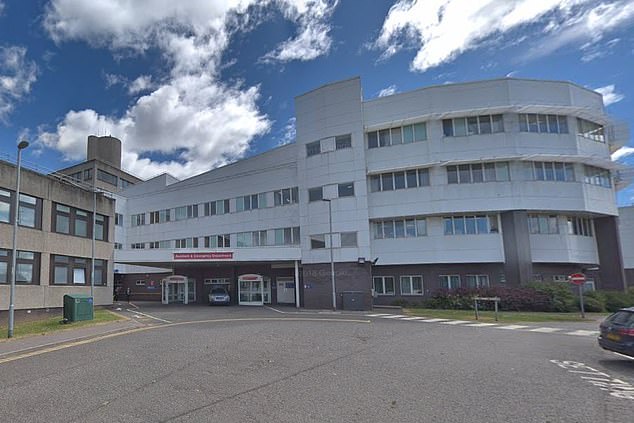 NHS Tayside in Scotland (pictured, Ninewells Hospital in Dundee, which is run by the trust but has not been implicated in the figures) has kept a patient waiting 849 days for treatment – more than 10 times the country’s maximum limit

The patient – about whom no other information has been revealed – is waiting to be treated by NHS Tayside, which runs hospitals in and around Dundee and Perth.

The country’s government brought in the Treatment Time Guarantee, assuring patients they would be seen within three months, in 2011.

Nicola Sturgeon, now First Minister of Scotland, was the Health Secretary at the time.

‘It is shocking to now uncover the sheer scale of these breaches.

‘Hundreds of patients across Scotland have waited hundreds of days longer than promised for treatment.

‘The number of people waiting over a year for procedures, when the law says it should take no longer than 12 weeks, is going up and up.

‘This is disrupting people’s lives and work, leaving them in discomfort and pain.’

The figures were revealed through a freedom of information request, and the Liberal Democrats say 434 people on the waiting list have been on it for a year or more.

NHS England data last year revealed it has been more than 18 months since the health service hit its target of treating 92 per cent of patients within 18 weeks.

That figure is now at 87.2 per cent, meaning more than one in ten patients can expect to wait at least four-and-a-half months to start treatment.

A staggering 4,154,559 people – around six per cent of the entire UK population – were waiting to start hospital treatment at the end of August.

This number is the highest it has been since August 2007.

It is written into the NHS Constitution that patients have a right to begin their treatment within 18 weeks of being referred by a specialist consultant.

But the health service hasn’t hit its target in this area since early 2016.

‘Patients are still sent letters telling them of their rights under the law Nicola Sturgeon put pen to paper on,’ Mr Cole-Hamilton added.

‘But these letters, like the law itself, are not worth a jot.

‘To add insult to injury, we were told it would only be on rare occasions that things would go wrong.’

An NHS Tayside spokeswoman said it was ‘rare’ for patients to have to wait so long.

And the Government has revealed a plan to make sure waiting time targets are hit by 2021, a decade after Ms Sturgeon’s guarantee was passed into law.

Commenting on the 849-day wait an NHS Tayside spokesperson said: ‘Such long waits are rare and can relate to many factors.

‘These include elective treatment being postponed due to a high demand for emergency procedures; medical staff assessing individual patients as being clinically unfit for surgery; and patients advising us that they are unavailable for surgery due to personal reasons.

‘In the cases where patients are deemed unfit, it may be that further clinical investigations need to be completed before the patient can have their surgery and, even during this time when patients are unavailable, they are still counted in our waiting times figures.

‘Our clinicians work really hard to make sure people have their planned surgery as quickly as it can be arranged as they know that any delay can be an anxious time for patients and their families.’

A spokesperson for the Scottish Government said: ‘The Health Secretary [Jeane Freeman] has been clear that we want to stop anyone from waiting too long for treatment, and that it is not acceptable for this to happen.

‘That is why the Scottish Government recently launched its new £850million waiting times improvement plan.

‘The plan sets out action to increase capacity, increase clinical effectiveness and efficiency and design and implement new models of care.

‘We will continue to work with boards to ensure this additional funding delivers the substantial and sustainable improvements needed.’ 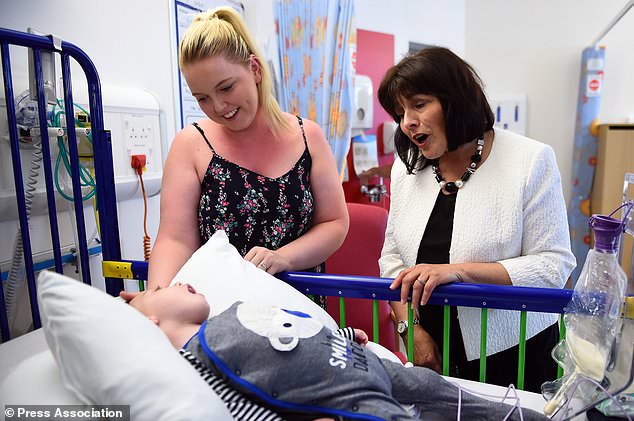