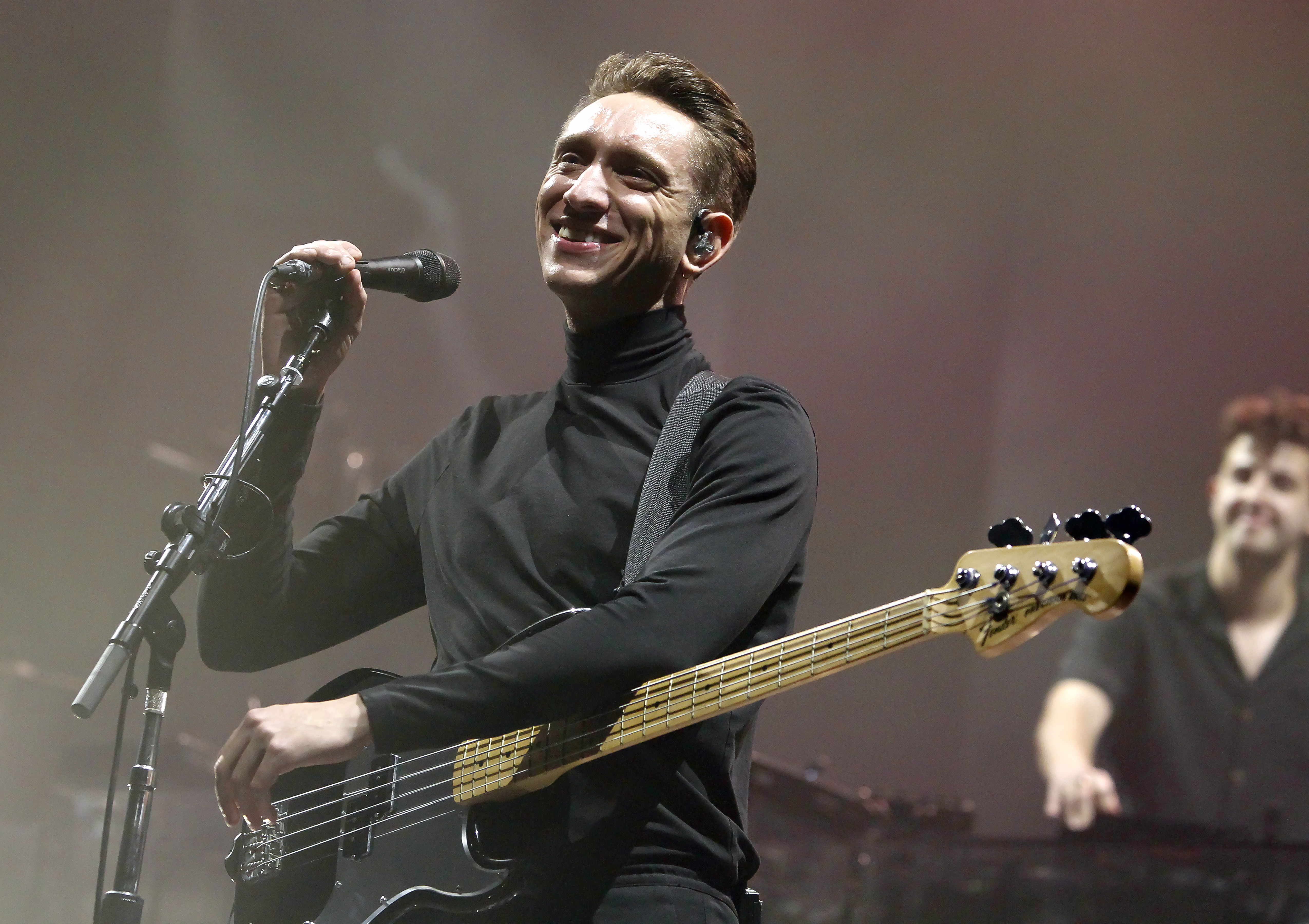 When I was first diagnosed with HIV, I felt hideous.

In the blink of an eye, the way I felt about myself completely switched. I felt like a risk, unsafe and like I’d let down the most important people in my life.

That was more than 25 years ago now and there have been huge, seismic changes in my life and for HIV since then. I categorically don’t feel hideous anymore and we can now say with absolute confidence that someone living with HIV and on effective treatment – like me – can’t pass the virus on.

But it all came flooding back as I read Oliver Sim’s beautifully eloquent Instagram post about the inspiration for new track Hideous – his HIV diagnosis at just 17 years old and the deep shame he felt inside. Shame that cast a shadow over his 20s, despite all the success he’s experienced while travelling the world as one third of The xx.

I first met Oliver about a year ago now on a beautifully sunny day in London. He was stylishly dressed, self-deprecating, charismatic and just finished writing and recording his debut solo material.

It had been a life-changing process – coupled with time to reflect afforded by Covid-19 lockdowns – which had seen him face the shame HIV had triggered in him before he even reached adulthood. His team contacted us to ask for a little bit of advice when it came to sharing the song publicly.

My advice to Oliver that day was simple: focus on your own experience and you won’t go wrong. To forget about the Twitter trolls and keyboard warriors.

Because he doesn’t need to be an expert in all things relating to HIV and he isn’t claiming to be. This is about how he felt about being diagnosed with HIV, the challenges he faced and where he is now.

When we met, he already looked like someone relieved of a burden. I can’t wait to see him again and to hug him, to congratulate him on the song and on the impact it will have.

The result of Oliver’s bravery in facing up to his shame and fear is so powerful. In addition to being a beautiful song, Hideous gives a rare insight into the stigma Oliver and so many of us living with HIV experience inside. Shame that ebbs and flows, which occasionally you forget is there and then comes surging back.

I don’t know what it is exactly, but through the combination of his voice and the music, listening to Hideous is a visceral experience drenching you in the shame he feels.

At Terrence Higgins Trust, we talk a lot about HIV-related stigma and the devastating impact it has. It’s experienced on dating apps, at the dentist and it’s overheard on the bus.

We do polling of public attitudes that shows many people’s knowledge of HIV remains firmly in the 1980s. It’s crucial we highlight it and hold it up to people because of the impact it continues to have on the lives, mental health and wellbeing of those of us who are HIV positive.

It’s also crucial because we won’t reach our goal of ending new HIV cases by 2030 without also ending the stigma. This is because stigma stops people from getting tested and, if required, accessing the treatment they need to live well.

But we talk far less about the internalised stigma that too many people living with HIV carry every day – because you can’t see it and because it’s silently endured. Even for me, after all these years, every now and again something will creep into my thoughts that I need to explore and overcome.

In Hideous, Oliver captures so much of this. The paranoia after you’ve confided in someone (‘caught my reflection in your eye / now you’ve seen me from both sides / am I hideous’). And how hard many people living with HIV are on themselves (‘the company at home can be unkind / yet I live alone’).

In the song, he’s then visited by a guardian angel in the shape of Jimmy Somerville, who tells him ‘be brave / have trust / just be willing to be loved’. That is such an important message.

I’m very thankful to Peter and June who have been my guardian angels at different points since my diagnosis. June would always be at the end of the phone ready to offer emotional support and Peter would instinctively know when I was struggling and would always be there to offer his wise, practical suggestions.

They let me know I’m loved, respected and beautiful. Because we all need kindness, allyship and community.

Now Oliver doesn’t feel hideous anymore and neither do I. In fact, I think we’re both beautiful.

That’s because of the journeys we’ve been on and the counselling and support we’ve received.

But no one living with HIV – whoever or wherever you are – should feel hideous, damaged or lesser because HIV is a virus, not a moral judgement. It has no impact whatsoever on whether you’re a good or a bad person.

Tackling HIV-related stigma is all of our jobs because the best antidote is to learn the facts about HIV and share them. Facts like you can live a long, healthy life with HIV. That we have PrEP, a pill you can take to protect against HIV. That HIV positive parents can have babies who are HIV negative. That someone living with HIV and on effective treatment can’t pass it on to their partners.

We all need to proactively challenge what we’ve learned or mislearned in the past. That’s something Oliver and his management have taken really seriously.

In fact, more than 150 people from Oliver’s team and record company (in a number of different countries) attended sessions with our Positive Voices volunteers – Sue, Ese, Oli and Anita – talking about their diagnosis and the challenges they’ve faced. As well as learning the facts about HIV.

Because what happens if we don’t tackle the stigma? People like Oliver continue to feel a deep sense of shame that bleeds into every part of their life – no matter how loved or successful they are.

I don’t know about you, but that’s not something I’m ever going to accept.

Anyone living with HIV in the UK can access free online counselling from Terrence Higgins Trust. For information and advice about HIV, you can contact the charity’s free support line THT Direct on 0808 802 1221.