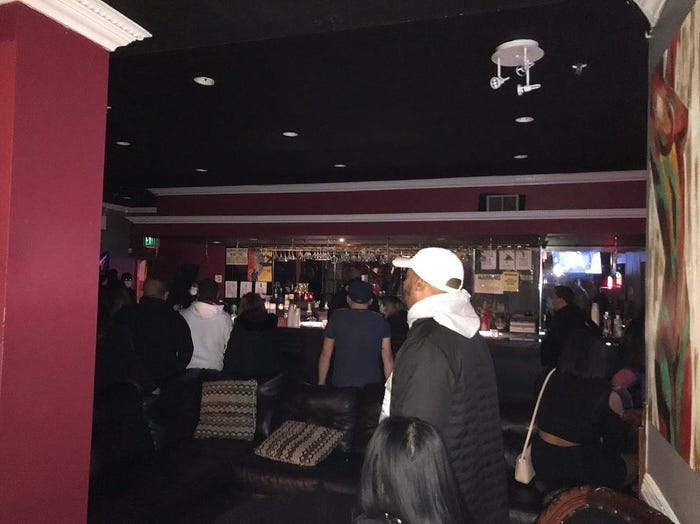 The New York City Sheriff's Office broke up an illegal sex party of over 80, mask-less attendees in Astoria, Queens for violating state COVID-19 regulations on Sunday.

According to NBC News, officials walked into the venue to find a crowd of people at the event hosted by self-described swinger's club Caligula New York.

Deeper in the party, officers found three couples having sex in a back room with multiple mattresses set up covering the floor, which was scattered with condoms.

The party took place in a COVID-19 yellow zone, which prohibits gatherings of over 25 people.

Two party organizers and an attendee of the event were charged with several misdemeanors for breaking COVID-19 regulations and serving alcohol without a liquor license. The club venue was issued a $15,000 fine.

The party is only the latest large event to be broken up by authorities for COVID-19 violations, including a 200-person fight club "Rumble in the Bronx."

Caligula's party was broken up less than a week after New York City Schools closed indefinitely because of rising COVID-19 positive test rates.

Organizers of Caligula did not immediately respond for comment.