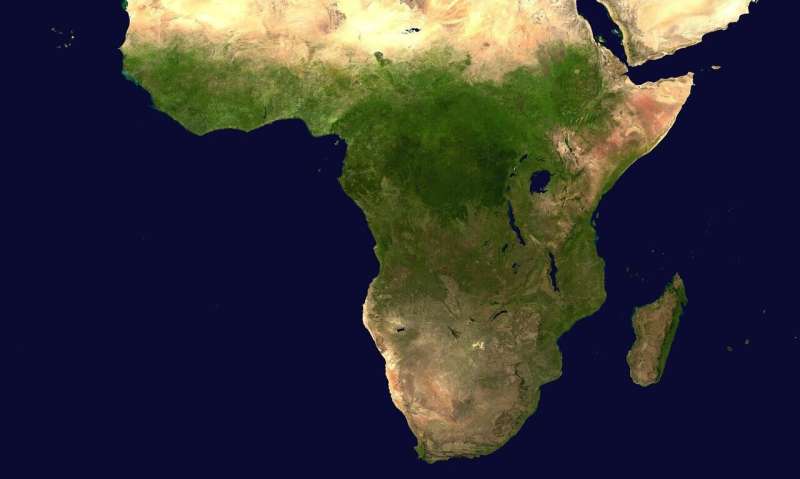 Annual cancer deaths in sub-Saharan Africa (SSA) could reach 1 million by 2030, nearly double the 520,000 deaths from cancer that occurred in 2020. Cancer incidence is also projected to double by 2040 to more than 1.4 million cases per year, without rapid interventions, according to a new Lancet Oncology Commission.

Around 4.2% of all new global cancer cases are estimated to have occurred in SSA in 2020. In contrast to the U.S. and Europe, women are more affected by cancer than men in SSA (139.0 vs 119.4 per 100,000), with breast and cervical cancer among the most common types of cancer in the region. Furthermore, childhood cancer prevalence in the region now stands at 56.3 cases per million, and under current projections, half of the global childhood cancers in 2050 will occur in Africa.

A combination of factors can be attributed to SSA’s growing cancer crisis, including infections, environmental exposures, aging populations, increasing adoption of westernized lifestyles; infrastructure challenges; scarcity of qualified staff; a critical shortage of diagnostics, treatment and prevention facilities; patients who present with late-stage cancer; high treatment abandonment rates; and lack of awareness about cancer risk factors. Many of these existing challenges were further exacerbated during the COVID-19 pandemic, making an already dire situation worse.

The Commission, which included national and international experts from academia and healthcare, presents a framework that can be used by governments and non-governmental organizations to increase access to cancer care, accelerate cancer prevention and increase survival in SSA.

Commission Chair Wilfred Ngwa, Johns Hopkins Medicine, U.S./ICT University, Cameroon says, “Projected trends underscore the devastating costs of inaction on cancer incidence rates and cancer mortality in sub-Saharan Africa. While the list of barriers hindering effective cancer control in the region is long, the pursuit of robust cancer registries, effective cancer control plans, early cancer screening and detection, and the integration of palliative care into the cancer care pathway is especially critical. In parallel, there needs to be a greater focus on the implementation of telemedicine and new technologies, building and training the oncology workforce, and boosting cancer research. Despite these enormous challenges, our findings and recommendations highlight that solutions exist to radically improve cancer care across the region.”

A scarcity of population cancer prevention programs hampers progress toward reducing the disease burden, and most SSA countries see prevention program participation rates below 50%, and, in some cases, as low as 10% or less. More than a third of all cervical cancer deaths globally occur in SSA, even though the population represents only 14% of the world’s female population. A mere 16 out of SSA’s 46 countries had rolled out HPV vaccination programs by 2019 with an average vaccination coverage rate of 49.4%.

Limitations in health systems and government support are compounded by socio-cultural factors including a low level of public education and traditional beliefs such as that cervical cancer is due to supernatural causes and a means to allow a man to have more than one wife. Infectious diseases (most commonly viral diseases, including HPV), tobacco use, alcohol consumption in men, daily high-calorie intake, and account for a substantial portion of the cancer burden in SSA. For example, obesity rates have increased significantly due to the shift to a more Western diet alongside more sedentary lifestyles, jumping by 1400% in Burkina Faso and by more than 500% in Ghana, Benin, Ethiopia, and Togo in the past three decades.

Aggressive marketing campaigns by tobacco companies have resulted in increased tobacco use—in sharp contrast to high-income regions. While smoking is predicted to increase by 41%, from 12.8% in 2010 to 18.1% in 2025 across the entire continent, some SSA countries including Lesotho already report a tobacco use of 26.7%. Meanwhile, alcohol consumption patterns were more variable, ranging from complete abstinence in some countries to high consumption in others.

Nevertheless, the Commission acknowledges some progress in the regional battle to combat cancer, for example, Rwanda’s implementation of the national HPV vaccination program, the first low-income country to have done so, resulting in Rwanda becoming one of the countries with the highest HPV vaccination coverage worldwide.

Commission co-chair Beatrice Wiafe Addai, Peace and Love Hospitals Ghana and Breast Care International, comments, “Population knowledge and attitudes about cancer risk factors are critical to reducing the burden of cancer in sub-Saharan Africa. Public health campaigns need to form an instrumental part of any effective cancer control program to raise population awareness about harmful risk factors, and healthy habits and dispel misinformation. At the same time, transformative policies must be in place to foster cancer prevention uptake. Previous case studies have shown that civil societies could work with governments to design cancer awareness education programs, scalable across SSA in parallel with other initiatives.”

High costs and poverty at root of treatment failure and abandonment

More patients (including patients with cancer) die before and around the time of surgery in SSA than in the rest of the world. This is partly because the region has the world’s lowest availability of facilities for cancer diagnosis and treatment and little evidence is produced in SSA to guide best practice. A 2020 survey of 34 SSA health-care centers offering cancer treatment services revealed that while most sites (32) are equipped to perform CT scans, ultrasounds (34), and X-rays (34), only 23 (67.6%) offer MRI scans and just four (11.8%) perform PET scans. Furthermore, most cancer diagnostic facilities are based in urban areas, impeding access for patients in rural regions.

Treatment abandonment is also a leading cause of inferior survival outcomes in SSA. A second separate study, also led by IARC and published alongside the Commission, found that a high proportion of patients with breast cancer did not initiate treatment or abandoned it following initiation. Of non-metastatic breast cancer patients requiring chemotherapy, treatment was initiated within 3 months in 66% (1013/1530), but only adequately and marginally completed by 35% (359/1013) and 28% (284/1013), respectively. In some countries such as Nigeria, treatment abandonment was as high as 38% (37/97).

Treatment abandonment is also a key factor in low survival rates of childhood cancer, with Kenya and Zambia reporting abandonment rates of 54% and 46% respectively. On top of treatment failures, treatment abandonment, and a shortage of pediatric oncologists, many children don’t visit healthcare facilities until they have advanced disease. High transportation and accommodation costs, the choice of traditional healers over clinically trained physicians, not being in a research study, low maternal education, and fears about treatment are some of the reasons cited for this.

One of the strongest determinants for treatment failure and abandonment is the absence of pediatric oncology medical subspecialist training in all but four SSA countries (South Africa, Uganda, Tanzania, and Ghana). Thirty-one countries report no trained pediatric oncologists, leaving children to be treated by nurses and medical officers instead. The Commission recognizes that major investments in training and recruitment will be in vain if high-income nations such as the United Kingdom continue to entice local staff with more lucrative job offers in the National Health Service. Government cooperation between African states and high-income countries is integral to putting an end to the flight of talent and to improving retention rates.

High costs and poverty are major barriers to accessing treatment in SSA. On average, African countries pay higher prices for cancer drugs compared with Latin American countries with a similar income level or disease rate. This situation is further intensified by weak infrastructure, inefficient market and procurement practices, and the fact that the low gross national income and GDP of most SSA countries provide little incentive to file for regulatory approval. Consequently, this leaves the door wide open for subpar generic cancer medicines flooding the market. The Commission’s analysis suggests that funding mechanisms where finances are mobilized, pooled, and then allocated to health partnerships such as the Global Fund and the GAVI may ensure that patients get faster and more equitable access to cancer medicines.

Commissioner Isaac Adewole, University of Ibadan, Nigeria, says, “Accurate and timely screening and early diagnosis could prevent thousands of cancer deaths in Sub-Saharan Africa. However, in most countries in the region, referral systems are absent or inadequate due to poor infrastructure. Furthermore, unregulated laboratory practices have led to a plethora of misdiagnoses or late diagnoses. The implementation of a tax-based health system coupled with redesigned service delivery models with attention to cancer centers would create a more integrated and robust health system and substantially reduce out-of-pocket expenses for patients.”

The Commission recommends that each SSA country develops or updates its national control plan, which ought to include childhood cancer plans, managing comorbidities such as HIV and malnutrition, a reliable supply of medication, and the provision of psychosocial, supportive, and palliative care. Furthermore, plans should accommodate traditional and alternative practices—used by around 80% of SSA’s citizens—and pathways to reduce missed diagnoses and late referrals.

Investment in developing cancer registries and cancer diagnostics for core cancer tests needs to be complemented by investment in workforce training. The Commission points out that this should encompass the support of local retraining opportunities and maintaining international collaboration opportunities for staff training.

Beatrice Wiafe Addai adds, “Establishing a cancer registration policy in sub-Saharan Africa is fundamental to ensuring cancer becomes a reportable disease in the entire region instead of a few select countries. Inadequate diagnostic capacity for cancer poses one of the main barriers to cancer registration as it compromises the quality of data and results in an underestimation of cancer occurrence. To correctly identify cases of cancer, governments must improve diagnostics and adopt strategies to compensate for data gaps.”

The Commission also suggests extending approaches used during the COVID-19 pandemic like hypofractionated radiotherapy (the delivery of fewer, larger doses of radiotherapy) and telehealth to increase access to care in Africa.

Wilfred Ngwa says, “Digital health is already being adopted at a high rate, as seen in examples in Nigeria and South Africa including in cancer care, where tele-oncology became a necessity for providing remote chemotherapy supervision, symptom management, and palliative care to many cancer patients. With shifting attitude toward telemedicine, remaining challenges to greater adoption of Information and Communications Technologies include regulatory challenges, the need for more infrastructure, linguistics, and the fact that tele-oncology cannot be extended to all patients. Going forward, better policy and increased infrastructure and training to use ICTs will be vital.”

The Commission sets out a list of eight actions to make decisive progress toward reducing the burden of cancer in Sub-Saharan Africa: 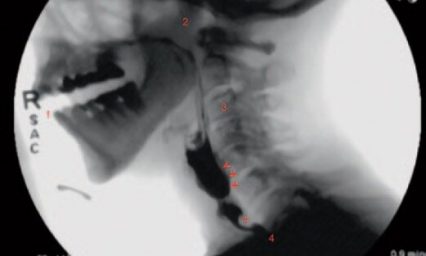 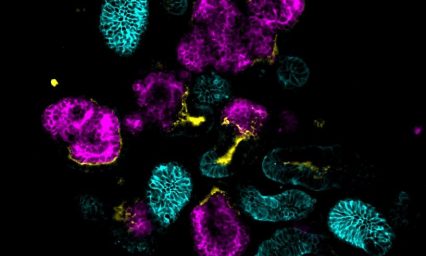 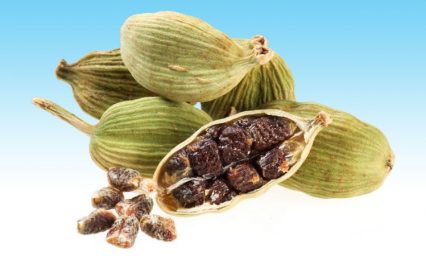