Pancreatic cancer symptoms can be vague and vary depending on where the cancer is in the pancreas – in the head, body or tail. In the early stages of pancreatic cancer, the tumour doesn’t usually cause any symptoms. But one of the first noticeable symptoms of the cancer health experts recognise is yellowing of the whites of the eyes, known as jaundice.

“Many people with pancreatic cancer have jaundice when they first go to their doctors,” explains Cancer Research UK.

“Most of these people will have pain as well. Around one in 10 people (10 percent) have painless jaundice.”

As well as yellowing in the eyes and skin, a person’s urine may appear darker than normal and bowel motions may be lighter in colour. 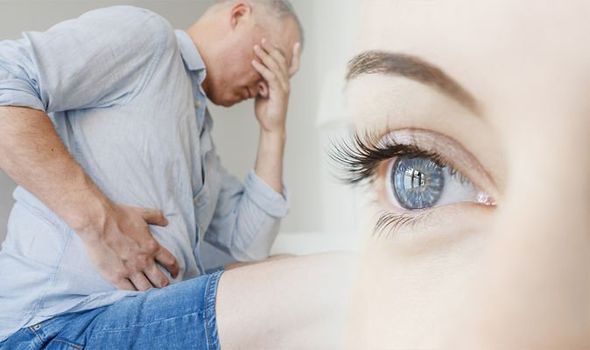 The cancer charity continues: “Jaundice is more common with cancer of the head of the pancreas because the tumour blocks the bile duct. This tube carries bile into the duodenum.

“If it is blocked the bile ends up in your bloodstream. It is passed out in your urine rather than through the bowel.

“Bile contains a lot of yellow pigments so it turns the skin yellow.

“Jaundice is a common symptom of many liver and gallbladder diseases.

“It is often easier to spot in the whites of the eyes rather than the skin.”

Other symptoms of pancreatic cancer that may appear in the early stages are:

Pain in the back or stomach area which may come and go at first, and be worse when lying down or eating

The NHS also lists other possible symptoms of pancreatic cancer to be wary of: 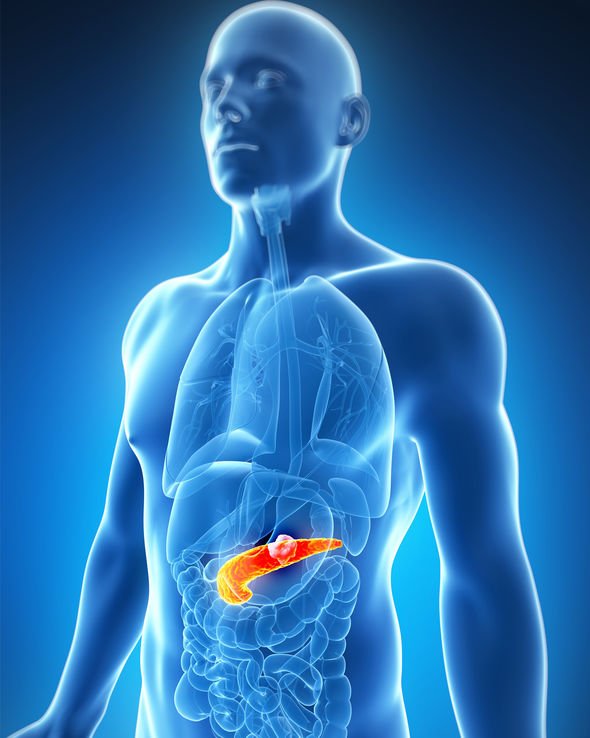 But the health body advises: “It’s important to remember that these symptoms can be caused by many different conditions and are not usually the result of cancer.

“But you should contact a GP if you’re concerned or these symptoms start suddenly.

“You may also develop symptoms of diabetes if you have pancreatic cancer. This is because the tumour can stop the pancreas producing insulin as it normally would.”

The exact cause of pancreatic cancer is not fully understood, but some risk factors have been associated with the condition. 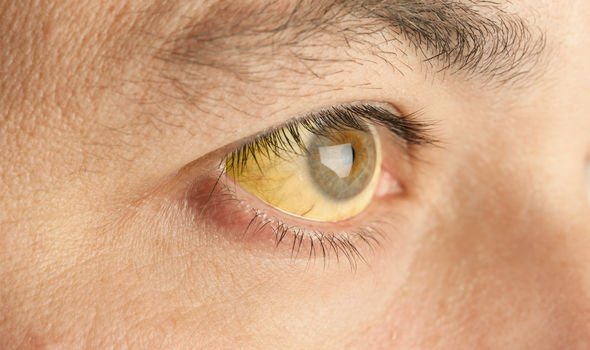 The charity adds: “Some evidence has suggested that the following may also increase your risk – alcohol, red and processed meat, history of cancer, blood group and gallstones and gall bladder surgery.”

Surgery, chemotherapy and radiotherapy may all be used to treat pancreatic cancer.

The most effective treatment for early-stage (resectable) pancreatic cancer is surgery to remove part, or all, of the pancreas, advises Macmillan Cancer Support.

It continues: “Chemotherapy may be given before surgery to shrink the tumour or to reduce the risk of the cancer cells spreading.

“Radiotherapy may be used after surgery to reduce the chances of the cancer coming back.”