The 49-year-old former British long-distance runner, and mother of two said the pandemic and lockdown measures had stopped many people from being physically active. 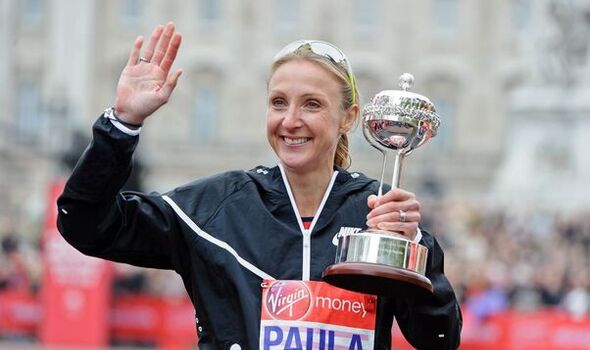 She said this had been a particular problem for children and younger people who were more likely to develop “ingrained habits” of being inactive.

Speaking ahead of FLORA’s Get Towns Active Runalong next week, (29 September) which aims to encourage people to be more active, she said: “The lockdown was a big worry because all connection with sport stopped and children stopped being physically active.

“It is very hard for young people to break that habit. We know being physically active is a key component to good mental health and many more young people are struggling with their mental health. It is not just sport, but little things like walking to and around school and social contact.

“It’s hard for teens and youngsters to understand they have to get through a stage of being out of shape before they can get fit again whereas adults may be more used to riding that roller coaster.”

She added: “My exercise gives me very important headspace. In this event we are encouraging families and children to put down their phones and do something physical and enjoyable even if it is meeting up with friends outside or walking the dog.

“As the days get darker, councils should now ensure there is good access to safe and lit areas for people, particularly teenage girls to exercise together.”

Research from FLORA shows many are struggling to maintain an exercise regime. In its recent survey of 2,320 people in the UK and Ireland it found more than one in ten (16 percent) of people in the UK & Ireland still avoid daily physical activity or any exercise altogether.

Almost a third say exercising does not come naturally to them (32 percent) and over a quarter find they are more time poor than ever (27 percent).

Almost a third (30 percent) of those aged 16 to 24 do not know what the first step to being more active is. This is 43 percent higher than the average across the UK & Ireland where just 21 are unsure of how to kick-start their fitness journey.

The report also reveals that Brighton is the least active city in the UK and Ireland, with Cork being the most active.

FLORA’s Get Towns Active Runalong is being held in Brighton next week, which FLORA’s Annual Active Towns Report revealed is the UK and Ireland’s least active town.