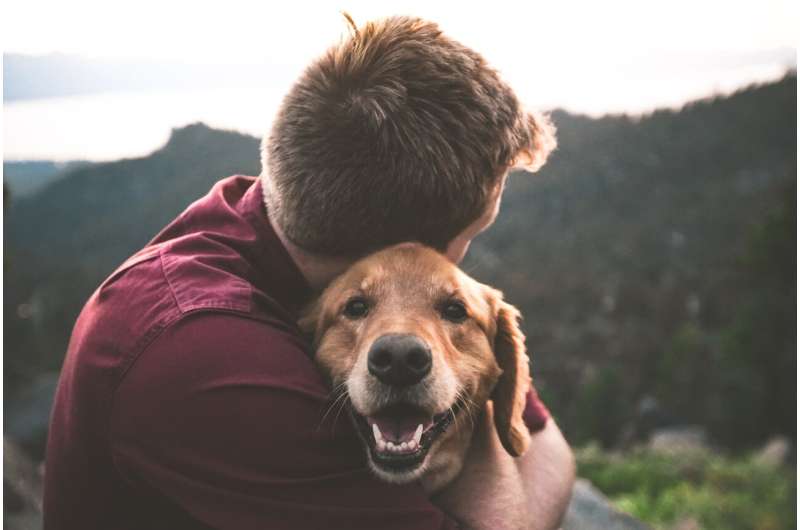 During the early days of the COVID-19 pandemic, many people turned to their pets to help them feel less lonely and isolated. Researchers at the University of California, Davis, wanted to learn what role pets played in helping those who had already survived one pandemic, the HIV/AIDS pandemic, and were now dealing with another. Respondents were recruited from networks serving long-term HIV/AIDS survivors.

“The underlying question in our minds has always been: What role do pets play for people who are so isolated and suffering so much stigma?” said Professor Lynette Hart with the UC Davis School of Veterinary Medicine. She led a study that examined whether long-term HIV/AIDS survivors fared better during the AIDS or COVID pandemic and if pets helped reduce their feelings of isolation, sadness and stigma.

“I don’t think dogs are magically making them better, but dogs are making a difference,” said Hart. “The older HIV/AIDS survivors may also have more coping strategies, and dogs are part of that. They take their dogs on walks and meet people in their neighborhood and remain more socially connected.”

Hart said while dog owners felt less alone and isolated during both pandemics, cat owners felt especially alone, isolated and unsupported even though they were universal in saying their cat comforted them.

Long-term survivors reported that they felt their experiences living through the AIDS pandemic were more challenging than their experiences during COVID; the AIDS pandemic had major impacts for decades, and the COVID pandemic for only one to two years. Very few of these HIV/AIDS survivors received family support in either pandemic; however, these respondents were connected online with other long-term survivors. Hart said that may partially explain these somewhat surprising results, with older men, especially those with dogs, doing so well.

“I think it’s important to know that long-term survivors of AIDS are resilient and to get to that point, they had to be. A lot of them would say that animals were a big part of that,” said study co-author Ken Gorczyca, founding veterinarian for Pets Are Wonderful Support, or PAWS. “Having an animal companion gave many a sense of purpose in life, to take care of them, especially at a time in the 1980s and ’90s when AIDS was so bad and there was virtually no support from government or many times from your family.”