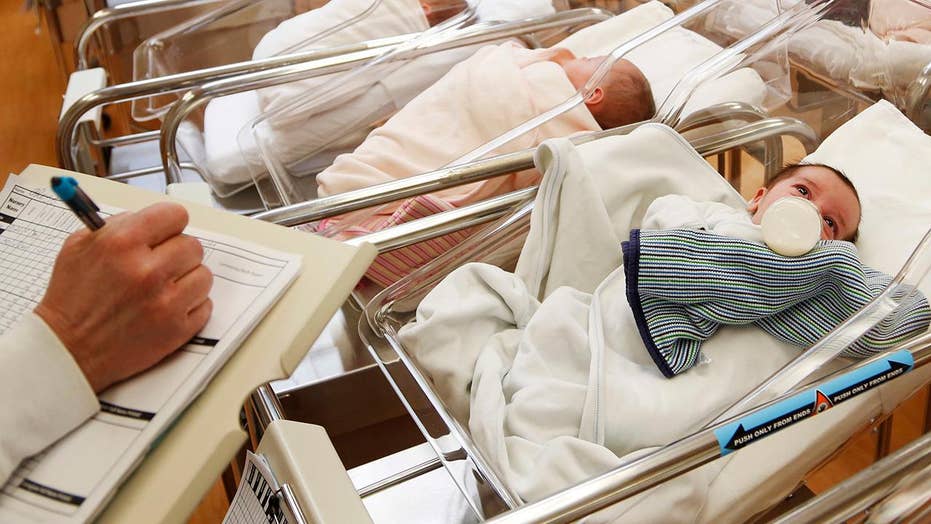 US birth rate falls to lowest number in 32 years

In response to new statistics revealing the United States has hit its lowest birth rate in 32 years, Independent Women's Forum senior policy analyst Patrice Onwuka argued that rhetoric from the political left is contributing to women rethinking the decision to have children.

During an appearance on "Fox & Friends" on Thursday morning, Onwuka also discussed the changes in cultural norms which have discouraged women from having children and the impact that may have on our economy.

"Women are considering when, how and even if they want to give birth," she said, while highlighting the positive side that many more women are seeking higher education and fulfilling career paths.

ALEXANDRIA OCASIO-CORTEZ'S LATEST CLIMATE FIX: NO CHILDREN FOR YOU

"Unfortunately I think the latest trend we are seeing is the question of whether women should even have children. I think we heard Alexandria Ocasio-Cortez ask is it even ethical for young people to be talking about having children because of climate change," she continued.

The combination of such trends has contributed to the staggeringly low birth rate, which could have "devastating economic impacts in the future," Onwuka said.

Amid the reports that showed a drastic drop in childbirth rates, women began responding in scores discussing the societal forces that have made it difficult for them to have children, including high insurance rates, lack of parental leave and uncertainty in job stability.

As states nationwide have begun to pass laws restricting and even outlawing abortion, it's possible that we may see the birth rate grow, according to Onwuka. However, she highlighted the argument made by many that women will find ways to have abortions illegally and often dangerously if they can't receive legal medical care.

"It's interesting what happens when abortions are outlawed, whether other means pop up for people to provide those," she said.

"What I do think we need to be talking about as society though is how do we ensure that young women and young families are thinking okay, a career doesn't mean that I shouldn't be able to have a family.

"Economically we have great jobs growth right now that's hopefully women are able to work but still have families. And I think that opens the door to discussions around paid leave," she continued.

"I would love to see a national campaign that says, if you want to have kids, you should. What we should not be hearing particularly from the far left is 'no, don't have children right now because they are going to die in 12 years,' and unfortunately that's what is picking up steam," she concluded.