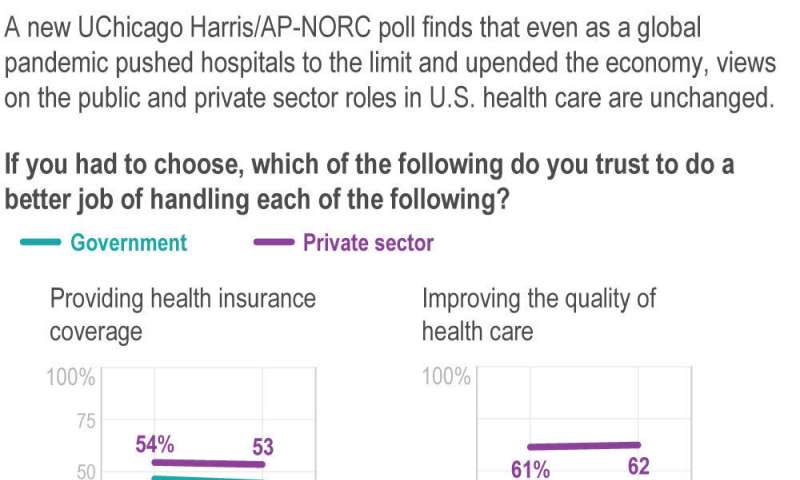 The coronavirus pushed hospitals to the edge, and millions of workers lost job-based coverage in the economic shutdown to slow the spread, but a new poll suggests Americans have remarkably little interest in big changes to health care as a result of the pandemic.

People are still more likely to prefer the private sector than the government on driving innovation in health care, improving quality and, by a narrower margin, providing coverage, according to the survey by the University of Chicago Harris School of Public Policy and The Associated Press-NORC Center for Public Affairs Research.

Those views are basically unchanged since February, when an earlier edition of the AP-NORC poll asked the same questions at a time that the coronavirus was still largely seen as a problem in other countries, not the United States.

“It does strike me as odd,” said Gaye Cocoman, a retired data processing administrator from small-town Macedonia, Ohio, who has Medicare. “I’m covered, but I look at the millions of people who aren’t and wonder what in the world they’re going to do if they get sick. There seems to be no appetite for change.”

The poll found that people are more likely to trust private entities over government at driving innovation in health care (70% to 28%), improving quality (62% to 36%) and providing insurance coverage (53% to 44%). Americans had more confidence in government’s ability to reduce costs, preferring it over the private sector 54% to 44%. All of those preferences are unchanged since before COVID-19 arrived.

Not that long ago Vermont Sen. Bernie Sanders’ “Medicare for All” plan was at the center of the Democratic presidential debate. But even with an estimated 27 million people losing employer coverage in the economic shutdown, there’s been no groundswell of support for the Sanders plan, which calls for replacing the nation’s hybrid system of private and government coverage with a single government plan for all. 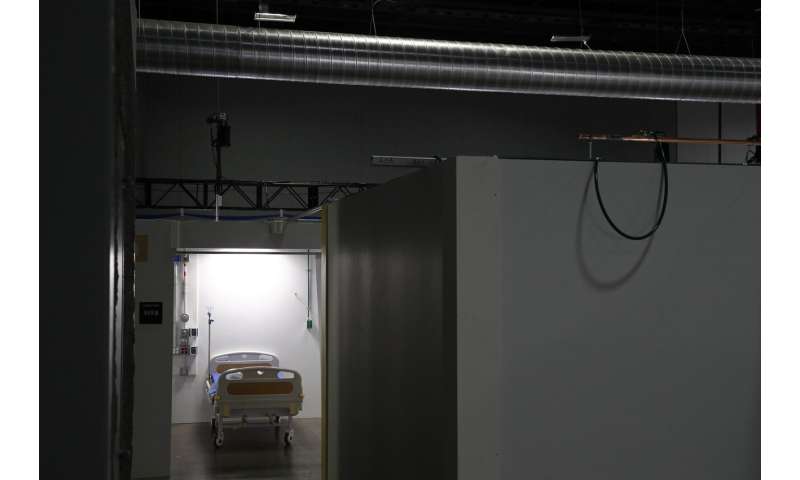 House Speaker Nancy Pelosi, asked last month whether waves of layoffs were prompting her Democratic caucus members to reconsider the employer-based system that covers most working families, responded: “That’s not our conversation.”

Pelosi said Democrats are backing measures to tide over workers who have lost coverage—such as expansions of the Affordable Care Act—but “rather than saying let’s take that (employer coverage) away from them, we should say let’s get them their jobs back.”

It could simply be a reflection of human nature to shelve ambitious schemes during a crisis, said health economist Katherine Baicker, dean of the University of Chicago Harris School of Public Policy. There’s only so much available bandwidth.

“I wonder if the short-term crisis dampens people’s appetite for health system reform,” Baicker said. “The idea of upending the health system at this moment … it may be that people think, ‘No—let’s get a vaccine.’ ”

After the spectacle of coronavirus-related shortages of everything from cotton swabs, to protective gear for nurses and doctors, to breathing machines for desperately ill patients, the poll did find 56% saying the U.S. is spending too little on improving and protecting the nation’s health.

That is a significantly bigger share than the 42% who think the government is spending too little in general. Still, views on the need for more health care spending were unchanged since before the pandemic. 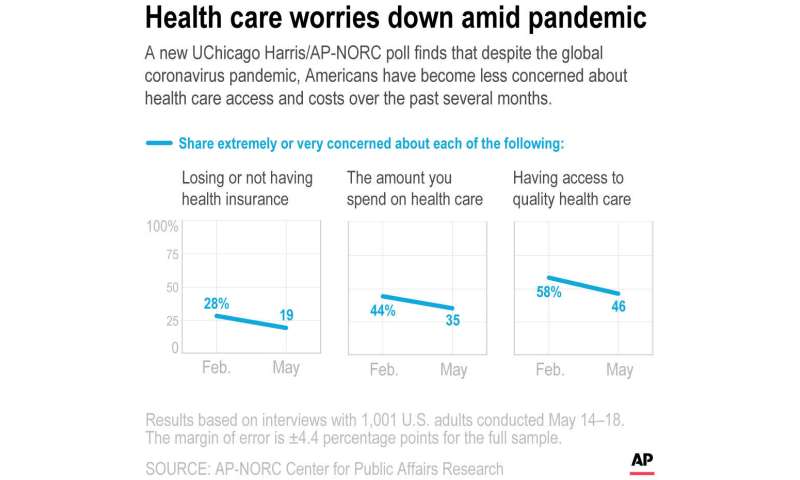 Christina Rush, a middle school counselor from Raleigh, North Carolina, is among those who think the U.S. should spend more on health care and cites the virus as a reason.

“Looking at COVID, I didn’t realize the huge shortages of material that would be needed,” Rush said. “I would have thought we had what we needed in terms of the medical system, but it seems we were so far behind some of these other countries, like South Korea. We could be spending more.”

With more than 100,000 deaths from COVID-19 and about 40 million people unemployed, the poll found what may reflect hints of introspection among those who still have jobs and coverage. In May, Americans were less focused on their own complaints.

Other research is reinforcing that pattern, said Jennifer Benz, deputy director of the AP-NORC center. “Our data are showing that in the midst of a public health and economic crisis, people’s assessments of their own situations are holding steady, or even better than they were before the COVID outbreak started to unfurl,” she said. 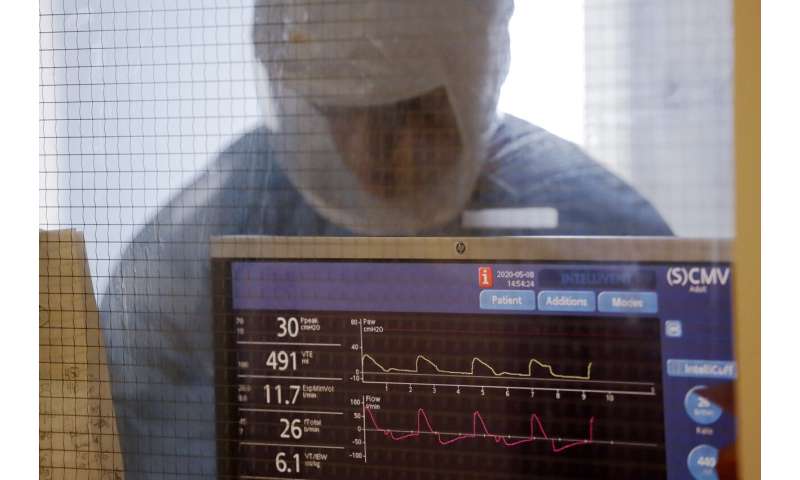 Utility worker Nick Zumbusch said he’s noticed that shift, too, since the pandemic. He’s seeing it when it comes to workplace gripes.