The pollen count remains high across most parts of the UK today. In Yorkshire, the South West and Eastern parts of Scotland, the pollen count has been forecast as “moderate”. These are the latest predictions from the Met Office. A high pollen count unfortunately means the trigger of symptoms for hay fever sufferers. For those who find it hard to stop itchy eyes, sneezing and coughing, keeping windows and doors shut as much as possible and wearing wraparound sunglasses to stop pollen from getting into eyes is a good idea.

But steering clear of certain flowers, shrubs and trees should help too.

Experts from BillyOh.com revealed the plants that produce huge numbers of airborne pollen grains which play havoc with allergies over the warmer months.

A spokesperson for BillyOh.com said: “Flowers that produce small grains of pollen that are dispersed by the wind are the worst culprits when it comes to hay fever.

“A lot of plants are pollinated by bees, but others rely on the pollen being distributed by the wind for fertilisation to take place.

“It’s these in particular that can be a nightmare for hay fever sufferers, which is a shame because some of them are really stunning.

“Currently, there’s no cure for hay fever and there’s no way to prevent it altogether, but keeping these six flowers, shrubs and trees out of your homes and gardens could help.” 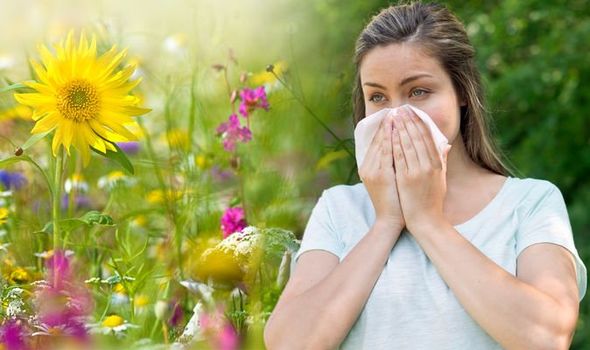 Here are six plants to avoid, recommended by the outdoor experts:

Widely considered to be one of the most allergenic plants out there, ragweed releases huge numbers of pollen grains into the air and to make matters worse, it’s also incredibly common.

Dahlia flowers are showy enough to attract many insect pollinators, but these flowers have pollen than can cause an outbreak of hay fever symptoms throughout summer.

Popular for lawns and golf greens because it’s resistant to foot traffic, Bermuda grass spreads by both root and seed, and it’s the flowering seed which causes allergies. Keeping Bermuda grass very closely mown will help. 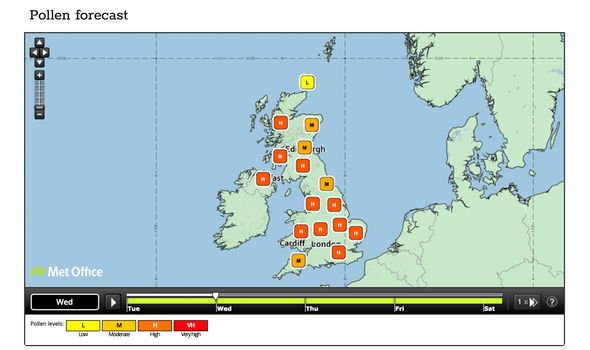 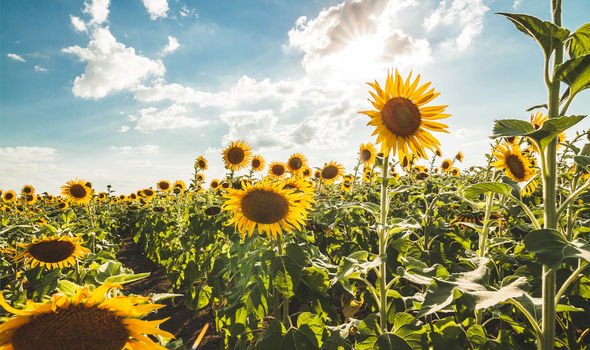 It’s not just plants with big showy flowers that cause allergies to flare up. Plants that rely on airborne pollination, like oak trees, have small grains of pollen that will aggravate allergies too.

Another big pollen producer, chrysanthemums help stretch the allergy season from spring, throughout summer and well into autumn too.

Because sunflowers are not fragrant, they’re often overlooked as allergy plants, but the sheer size of a sunflower’s head indicates the copious amounts of pollen that it can produce, which is then dispersed by the wind.

There are however some pollen-free varieties, because their pollen is too heavy to be carried by the wind.

For some hay fever sufferers, supplements may prove effective.