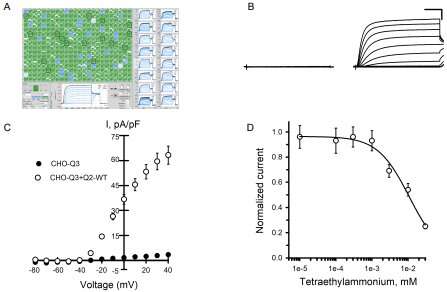 Northwestern Medicine scientists have discovered functional links between dozens of potassium channel gene variants and neonatal epilepsy, according to a study published in JCI Insight.

The findings represent a significant advancement in the understanding of the gene KCNQ2, according to Alfred George, Jr., MD, chair and Alfred Newton Richards Professor of Pharmacology and lead author of the study.

KCNQ2 was among the first genes linked to genetic forms of epilepsy. Loss-of-function pathogenic variants in KCNQ2 impair voltage-gated potassium channels in neurons, creating disturbances in the electrical current that regulates neuronal excitability. Just a small proportion of the hundreds of KCNQ2 variants discovered in patients with epilepsy have been functionally evaluated, with most variants classified as “variants of uncertain significance” (VUS).

“Prior to our study, the entire literature had only about 50 mutations studied for their functional consequences; we studied 81,” said George, who is also director of the Center for Pharmacogenomics. “This helps demonstrate the molecular defect by which these variants contribute to epilepsy.”

Out of the 81 KCNQ2 variants studied, nearly 60 were associated with epilepsy while the remaining were found rarely in healthy populations, according to George. Normally, each potassium channel requires two copies of genes that code for KCNQ2 proteins, and many of the variants examined were “dominant-negative,” impairing function even if paired with a normal KCNQ2 gene, poisoning the entire channel.

“Many of these variants caused a profound loss of function,” George said.

A small number of the variants had little functional difference compared to normal KCNQ2, indicating their discovery in people with epilepsy may be incidental or that dysfunction may only be present in human neurons. For all studied variants, George and his collaborators plan to share findings with genetic testing companies and update entries on ClinVar, a public archive of genetic variants administered by the National Institutes of Health.

Further, preclinical tests suggested patients with some variants may respond to treatment with the FDA-approved drug ezogabine, also known as retigabine. Administering the drug to cells with pathogenic variants restored potassium channel function in some, but the effect was highly variable among variants. Ezogabine/retigabine was pulled from the market due to low uptake and side effects, but George said he believes it could be a useful tool for patients with certain KCNQ2 variants.