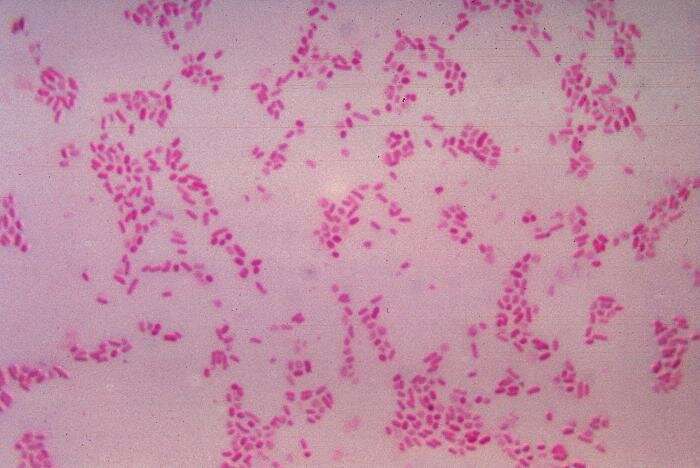 The existence of certain microorganisms in your gut may bolster the immune system’s ability to fend off a herpes viral attack that can cause fatal brain inflammation, reports a new City of Hope-led study.

Researchers say the findings are the first to suggest that an envelope molecule from a bacterium called Bacteroides fragilis (B. fragilis) might be useful against viral inflammatory diseases. Called capsular polysaccharide A (PSA), the envelope molecule appears to promote protective, anti-inflammatory responses during a viral infection, said Ramakrishna Chandran, Ph.D., and Edouard Cantin, Ph.D., authors of the study and virology and immunology experts at City of Hope.

“This mouse study shows that B. fragilis PSA can temper the immune system so that infection does not result in an uncontrolled, potentially fatal inflammatory response in the brain,” Cantin said. “Although herpes simplex encephalitis is a rare brain inflammation disorder, the lessons we learned here might, with more research, be applicable to other viral infections such as other herpesviruses, influenza virus, West Nile virus and maybe even viral respiratory diseases—conditions where inflammation begins to jeopardize the health of your body and brain function.”

Herpes simplex encephalitis affects about 2,000 people in the United States each year and has a high mortality rate if symptoms are not recognized and patients aren’t treated promptly; survivors usually have serious neurological conditions. About 70% of untreated individuals die, according to multiple scientific reports.

The study, published in Nature Communications on May 14, found that B. fragilis‘ bacterial envelope, PSA, brings forth regulatory T and B cells that suppress the immune system from overproducing harmful inflammatory responses triggered by herpes simplex virus infection. In other words, PSA reduced brainstem inflammation by promoting the appearance of IL-10 secreting regulatory T and B cells. IL-10 is a strong anti-inflammatory cytokine which creates a protective, anti-inflammatory response that prevents encephalitis.

“It’s possible that consumption of certain prebiotics, probiotics or synbiotics may enhance your body’s natural ability to suppress inflammatory diseases,” Chandran said. “Our study provides an exciting proof of principle that needs further research validation, but it seems reasonable that what you decide to eat may affect your overall health and ability to fight off disease.”

Chandran, Cantin and their colleagues found that mice pretreated with the candidate probiotic, B. fragilis or PSA, survived a lethal herpes simplex virus infection, whereas mice pretreated with a placebo did not survive despite the fact that both groups were given Acyclovir, an antiviral that is the standard of care for herpes simplex virus encephalitis. The finding suggests that the probiotic-derived PSA optimizes the immune system to fight against viruses, especially those that induce damaging inflammation.