Prostate cancer symptoms largely affect how a person urinates, because once the cancer has grown large enough it can put pressure on the tube that carries urine from the bladder out of the penis, known as the urethra. Symptoms include needing to pee urgently or not being able to go, blood in urine, and pain when you urinate. But if the cancer has spread to other parts of the body, in more advanced stages, other symptoms can develop. Severe back pain could be a symptom of advanced prostate cancer due to cancer cells growing in or near the spinal cord.

Metastatic spinal cord compression (MSCC) happens when cancer cells break out of the prostate spreading through the body and growing near the spine.

The pain or soreness is located in the lower, middle or upper back.

The pain might get worse over time and may get worse when coughing, sneezing, lifting or going to the toilet.

It is extremely important to check with your doctor if you think you might have MSCC as left untreated could lead to paralysis.

There could be a link to prostate cancer and chronic back pain.

In a 2013 study which followed up on men who reported pain in their back found that 10 years later, prostate cancer was about 50 percent more common among the men with back pain. 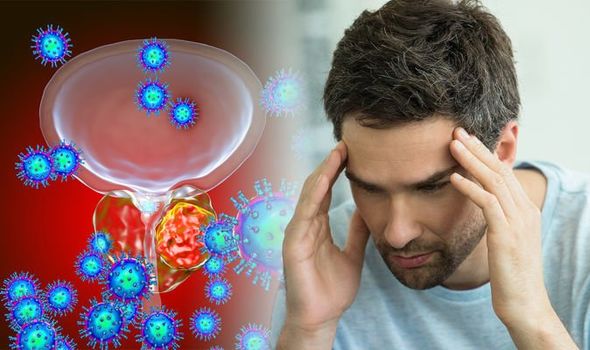 One in eight men in the UK will get prostate cancer, according to figures.

It is the most common cancer amongst men and age, ethnicity and family history are all factors.

Prostate cancer only affects men as it’s found in the prostate gland.

This walnut-shaped gland produces the seminal fluid that nourishes and transports the sperm.

It is still unclear what actually causes prostate cancer but it begins when cells in the prostate become abnormal and causes changes in the DNA of the prostate cell. 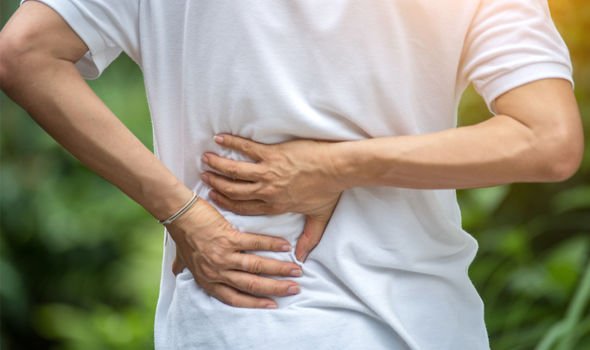 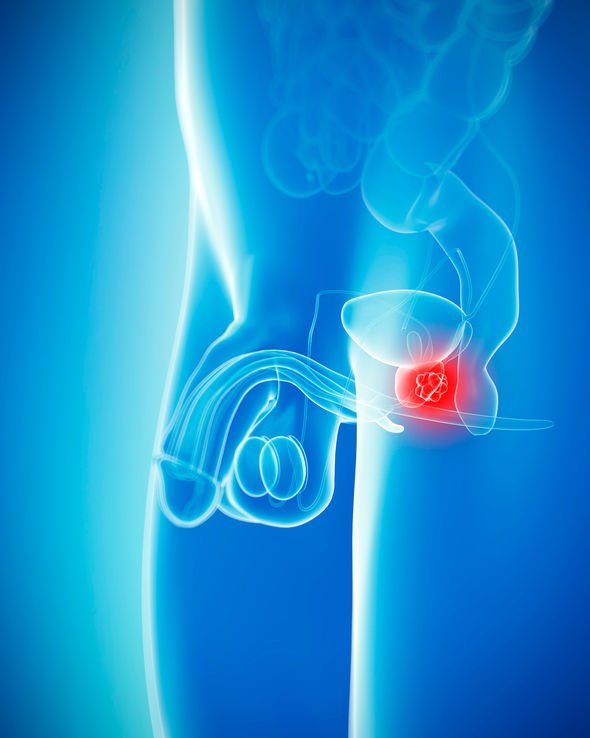 This mutation causes the cells to grow and divide much more rapidly than normal.

Some abnormal cells can break off and spread to other parts of the body. Prostate cancer is a widely variable disease.

For men who suspect that they might have prostate cancer, it is extremely important to understand all the risk factors and what the symptoms could mean.

Patients who are diagnosed with prostate cancer need to discuss what type of cancer they may have and whether it is aggressive or nonaggressive. This will depend on what treatment they receive.

The star revealed he was battling prostate cancer back in 2015.