Erectile dysfunction could be a warning sign of advanced prostate cancer, according to the American Cancer Society.

It could be one of the first signs of the condition, as it tends to go undiagnosed in its earlier stages, it said.

You should speak to a doctor if you often have trouble getting an erection, it said.

“More advanced prostate cancers sometimes cause symptoms, such as problems urinating, blood in the urine or semen, and trouble getting an erection.

“Most of these problems are more likely to be caused by something other than prostate cancer. 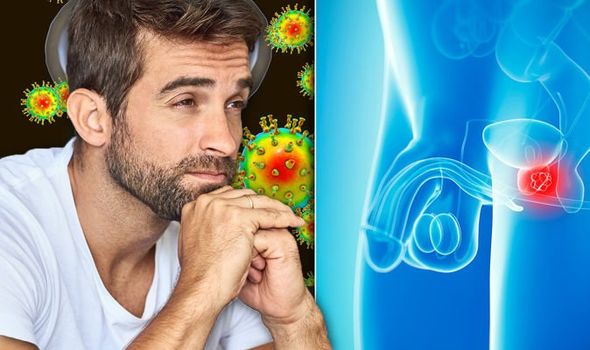 “Still, it’s important to tell your health care provider if you have any of these symptoms so that the cause can be found and treated, if needed.”

Erectile dysfunction, which is also known as impotence, is the inability to get and maintain an erection, said the NHS.

It’s a very common condition – particularly in older men – and around half of all men between 40 and 70 years old will have it to some degree.

“See your GP if you have erectile dysfunction for more than a few weeks,” it said. “They will assess your general state of health because the condition can be the first sign of more serious health conditions.”

You could also be at risk of prostate cancer if you develop a pain in the hips, back or spine.

A weakness or numb pain in the legs or feet could be caused by the cancer pressing on the spinal cord. 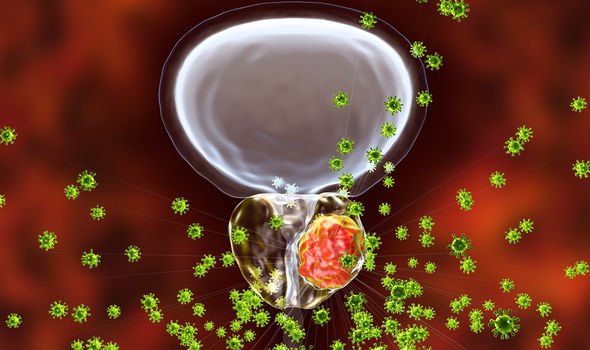 Signs and symptoms of prostate cancer

Cancer of the prostate is very slow growing and many men do not show symptoms until the cancer is large enough to put pressure of the urethra. Here are the signs and symptoms of a non-cancerous enlarged prostrate and prostrate cancer.

Signs and symptoms of prostate cancer

The exact cause of prostate cancer isn’t entirely known, said the NHS.

But you could have a higher risk of developing the condition if you’re over 50 years old, or have a family history of prostate cancer.

Obesity may increase your chances of the disease, while there is some evidence that a diet high in calcium could raise your risk.

Around 50,000 new cases of prostate cancer are diagnosed every year in the UK.

But 84 per cent of all patients live for at least another 10 years after their initial diagnosis, said Cancer Research UK.