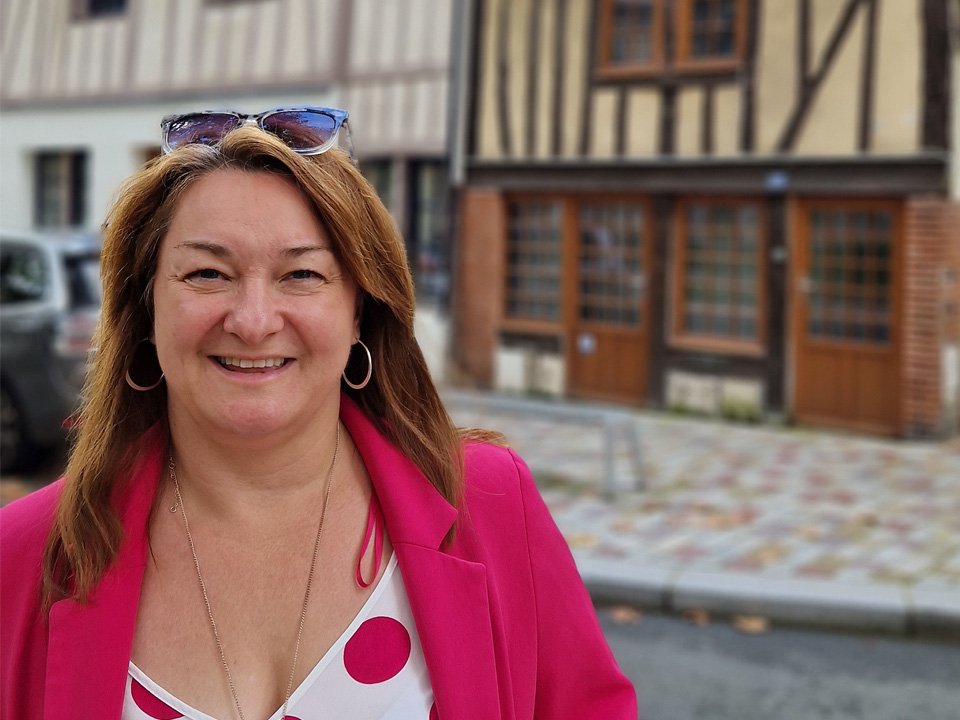 There are a whole bunch of different fears and phobias out there, but some are more unusual than others.

Tracy May, a dermatology assistant, has a phobia of haircuts, known as tonsurephobia, and said while people treat is a ‘joke’, it is ‘nothing to be laughed about’.

The 51-year-old from Kent hasn’t found an effective treatment yet, but has found some comfort in the spirit world.

As a psychic medium, Tracy turns to the spirits – who she says first ‘visited’ her from age seven – when she needs some confidence to go to the salon.

Spirits have continued to communicate with Tracy throughout her life, including for pep talks before haircuts, when Tracy is ‘literally shaking.’

‘I pray, I meditate, I do everything in the car, and I talk to spirits, saying, “please help me”,’ said Tracy.

Tracy found a hairdresser that understands her phobia, but it’s still an unpleasant experience as she hasn’t found a ‘cure’.

She has tried putting crystals in her bra, using essential oils and doing breathing exercises to calm herself down, but nothing has completely treated her phobia.

She said: ‘There’s so much going on – perming, curling – and, you know, you get quite anxious.

‘I think, with haircuts, it’s the whole environment as well. It’s not just the actual (haircut).’

This phobia has plagued Tracy since she was 25. Although she doesn’t know what caused it for sure, she believes watching the film Edward Scissorhands in 1993 intensified her fears.

The Tim Burton film shows Edward, played by Johnny Depp, cutting hair with his scissor hands. It may have won awards and grossed millions at the box office, but to Tracy the movie is her ‘worst nightmare’.

Up until the age of 25, Tracy had only had her hair cut at home, either by her dad, who was a hairdresser, or a family friend. The first time she went to the salon was ‘traumatic’.

‘I remember just closing my eyes and feeling really emotional and thinking, why am I here?,’ she explained.

The mum-of-three thinks she had a panic attack, stuck in the hairdressing chair.

‘Once they start, you can’t move. It’s like going to the dentist,’ said Tracy. ‘She did a really good job, but I do remember just feeling quite overwhelmed and I remember I didn’t even want to look at (my hair). I just had to get out.’

Tracy’s husband, a railway assistant manager called Ken, 52, keeps her company when she gets haircuts, so she has someone to talk to. Their two sons, David, 26, and James, 23, and daughter, Abigail, 17, also sympathise.

However, not everyone is so supportive, and some don’t believe her phobia is real, thinking it’s a funny joke.

‘Nobody takes me seriously,’ Tracy said.

She knows her phobia is more unusual than others, such as fearing spiders or snakes, but wishes people would be ‘more empathetic’ and understanding.

Tracy added: ‘It’s not funny. I probably sound really stupid, but I’m really quite passionate when I talk about it.’

She wants more hairdressers to be aware of tonsurephobia, which comes from the phrase ‘to cut’, so they can advertise that they understand.

‘There must be loads of people who have probably got bad hair issues that need somebody who is understanding,’ Tracy said.

‘I really want people to be aware that there are people like me.’