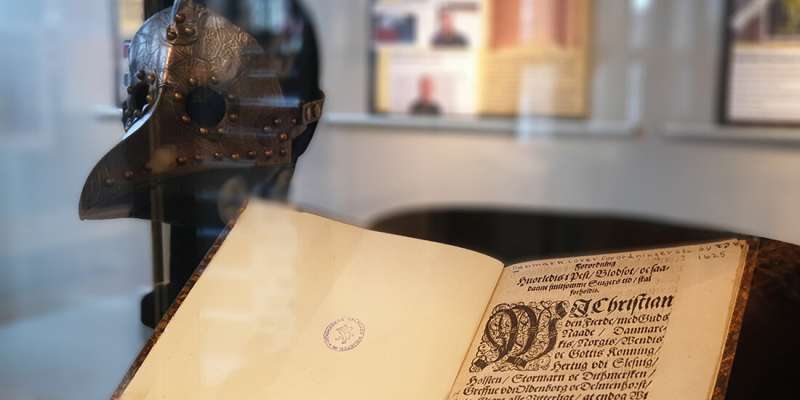 Plagues have ravaged Norway many times over the centuries. As early as 1625, the state took systematic action to prevent the plague from spreading. Isolation was a new idea that would prove to be effective. Strict restrictions were imposed on social gatherings, including limits on the number of people who could be present at weddings and funerals. Measures were also introduced to compensate the business community for the financial losses resulting from closures.

Today’s coronavirus epidemic has similarities to the plague epidemics of the past that haunted Europe in the Middle Ages and the Modern Era.

The most famous of all historical European epidemic waves is the Black Death (1346-1353) which resulted in massive deaths and casualties. Less well known may be that plague epidemics regularly revisited countries for centuries afterwards.

Historian Ole Jørgen Benedictow writes in the book “Svartedauen” (2002) [The Black Death 1346-1353: The Complete History, 2004] that Norway was hit by several waves of plague, the last time in 1654. Some waves hit locally, while others became national epidemics.

“The plague was seen as God’s punishment for the sins of mankind. The church’s ineffective countermeasures included prayer and fasting.”

The plague entered the country via foreign merchant ships. Port cities and transhipment points were affected first, before the infection spread to rural areas.

On the list of plague epidemics in Trondheim city, we find the following occurrences recorded:

For a long time, the difficulty in preventing the plague from spreading was due to the religious thinking surrounding disease and affliction. Epidemics were seen as God’s punishment for human sins. The countermeasures imposed by the church included ineffective actions such as prayer and fasting.

The idea of “infection” did not begin to evolve until the second half of the 16th century. However, the “miasma” theory according to the medical teachings of the ancient Greeks was still far from the current understanding of infection. The theory held that miasma was a poisonous soil vapour that was spread by the wind.

Miasma was believed to occur as a result of earthquakes or the positions of the planets. Most important, however, was a new idea that this “miasma” could adhere to materials and thus be contagious.

The theory changed how people behaved, such as keeping their distance from the sick and not passing along clothes after deaths from plague.

Not known at the time was that the plague was caused by bacteria that were transmitted by flea bites. The fleas travelled with the rats and lodged in clothing and bedding. In contrast to the current coronavirus, the plague pathogenesis rarely passed by droplet infection. This was because the plague bacterium (Yersinia pestis) was hundreds of times larger than the virus and would need to be carried in rather large droplets. Large drops swirl sluggishly through air.

The terror surrounding plague was its rapid spread of infection and the fatal outcome. The brief course of the disease from flea bites to death was also traumatic, taking a mere eight days.

Just as researchers today have speculated whether there some simple methods might protect against the coronavirus—such as cod liver oil, nicotine, vitamin D or malaria medicine—even in past centuries there were remedies believed to be useful against plague.

Spirits were considered to be “the queen of all medicines” and a unique panacea for all kinds of ailments. Aqua vitae (aquavit) contained powerful herbs and held a special position. It was believed to contain a potent antidote to plague.

In 1531, the Danish sheriff Eske Bille thus sent a bottle of this “water of life” for emergency and medical use to Olav Engelbrektssønn, Norway’s last Catholic bishop at Stenvikholm. Given the panicked “migrations” that arose during the closure of liquor stores in Norway during the past year’s coronavirus, we could almost imagine that liquor is still being used to cover the same need.

The Norwegian regulations against the plague in 1625 were exceptional in that the state for the first time took systematic measures to prevent the plague from spreading.

The regulations included isolation as a new idea that was to prove effective. The links with plague-infected areas in other countries were cut off, and various quarantine measures were introduced for ships and people who came from infected areas.

A new tactic was for cities to appoint medically knowledgeable “plague masters” (today’s municipal chief physicians?), who worked with the local political leadership to be able to quickly implement the regulation’s infection control measures.

“Plague houses” (today’s coronavirus hotels?) were to be established where potentially infected people would be quarantined. If they did not want to volunteer, they would be forcibly placed there. The quarantine period was four to five weeks. The regulation introduced strict restrictions on social gatherings and limited the number of people that could be present at weddings and funerals. The regulation also included measures to compensate the business community for the financial losses resulting from closures. Items from plague-infected areas were to be treated with incense, which was thought to be a disinfectant (antibacterial of the time?)