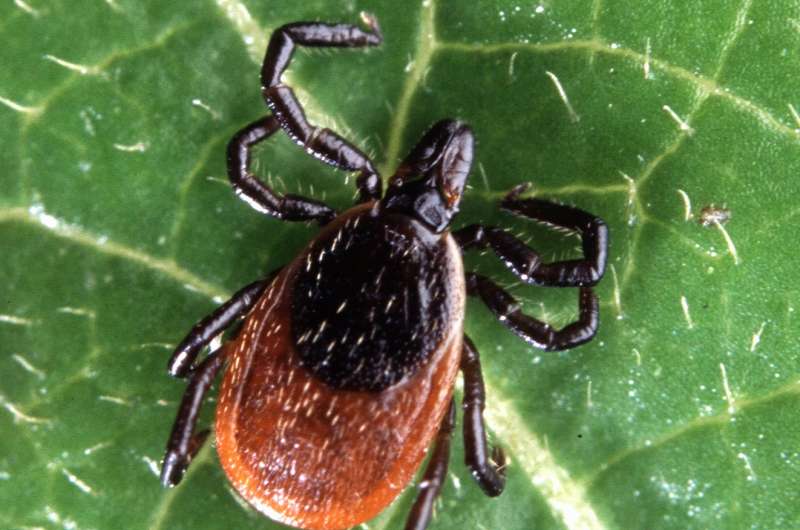 Evidence of a relative to the bacteria that causes Lyme disease has been detected in human blood samples across New England, according to a new study led by researchers at the Yale School of Public Health.

The findings add important new details to understanding the bacteria species, Borrelia miyamotoi, which was only recently found to infect humans. The tiny species is transmitted by the same deer ticks that carry the Lyme disease pathogen, and can cause meningoencephalitis and relapsing fevers.

“We thought that Borrelia miyamotoi, because it was so recently discovered, would have been more locally confined,” said Dr. Peter Krause, M.D., senior research scientist at the Yale School of Public Health and senior author of the study. “To our surprise, it was found at all our testing sites throughout New England.”

Krause and Durland Fish, Ph.D., professor emeritus of Epidemiology (Microbial Diseases) at Yale, were part of a team of researchers who first discovered Borrelia miyamotoi’s ability to infect humans in 2011. YSPH graduate student researcher Demerise Johnston, M.P.H. ’20, is first author of the current study, which appears in the scientific journal Clinical Infectious Diseases. The study was a collaborative effort with the laboratories of Sanjai Kumar, Ph.D., chief of the Laboratory of Emerging Pathogens at the U.S. Food and Drug Administration, and Michel Ledizet, Ph.D., research scientist at L2 Diagnostics in New Haven, Conn.

By testing more than 1,100 blood samples gathered from states across New England in 2018, the team of researchers discovered that almost three percent of the study subjects showed evidence of an immune response (antibody) to Borrelia miyamotoi, with some collection sites demonstrating as much as 5 percent. These samples were so geographically dispersed in New England that the researchers were unable to determine whether the origin of the infection was southeastern New England, as is the case for Lyme disease and babesiosis, another tick-borne infection.

“We’re talking about the possibility of tens of thousands of New England residents becoming infected with  Borrelia miyamotoi based on what we found,” he said. “I think it’s important for people to realize that this disease is out there.”

For the study, the researchers also looked into the prevalence of another microorganism, Babesia microti, in their samples. That species is the primary cause of human babesiosis, and it can be spread through ticks just like the other two. Their analysis suggested that around 10 percent of the samples showed evidence of antibodies against this pathogen. These infections can be transmitted at the same time and coinfection is possible.

“Still, Lyme predominates, but the gap is not as great as is assumed,” Krause said. “There’s more Babesia infections than people realize. Physicians working in areas where babesiosis occurs should be aware of the disease and test for it when patients have consistent symptoms.”