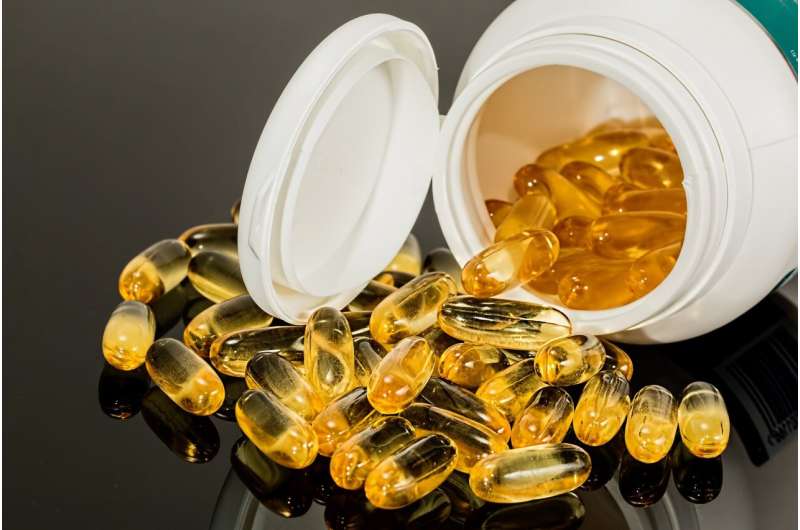 Following established guidelines about prescription drugs would seem to be an obvious course of action, especially for the professionals that do the prescribing. Yet doctors and their family members are less likely than other people to comply with those guidelines, according to a large-scale study co-authored by an MIT economist.

Depending on your perspective, that result might seem surprising or it might produce a knowing nod. Either way, the result is contrary to past scholarly hypotheses. Many experts have surmised that knowing more, and having easier communication with medical providers, leads patients to follow instructions more closely.

The new study is based on over a decade of population-wide data from Sweden and includes suggestive evidence about why doctors and their families may ignore medical advice. Overall, the research shows that the rest of the population adheres to general medication guidelines 54.4 percent of the time, while doctors and their families lag 3.8 percentage points behind that.

“There’s a lot of concern that people don’t understand guidelines, that they’re too complex to follow, that people don’t trust their doctors,” says Amy Finkelstein, a professor in MIT’s Department of Economics. “If that’s the case, you should see the most adherence when you look at patients who are physicians or their close relatives. We were struck to find that the opposite holds, that physicians and their close relatives are less likely to adhere to their own medication guidelines.”

The paper, “A Taste of Their Own Medicine: Guideline Adherence and Access to Expertise,” is published this month in the American Economic Review: Insights. The authors are Finkelstein, the John and Jennie S. MacDonald Professor of Economics at MIT; Petra Persson, an assistant professor of economics at Stanford University; Maria Polyakova Ph.D. ’14, an assistant professor of health policy at the Stanford University School of Medicine; and Jesse M. Shapiro, the George Gund Professor of Economics and Business Administration at Harvard University.

To conduct the study, the scholars examined Swedish administrative data from 2005 through 2016, as applied to 63 prescription drug guidelines. The data enabled the researchers to determine who is a doctor; the study largely defined close relatives as partners, parents, and children. All told, the research involved 5,887,471 people to whom at least one of the medication guidelines applied. Of these people, 149,399 were doctors or their close family members.

Some guidelines recommended use of a particular prescription drug, like a preference of narrow-spectrum antibiotics for an infection; other guidelines were about not taking certain medications, such as the recommendation that pregnant women avoid antidepressants.

“What we found, which is quite surprising, is that they [physicians] are on average less adherent to guidelines,” says Polyakova, who received her Ph.D. from MIT’s Department of Economics. “So, in this paper we are also trying to figure out what experts do differently.”

Ruling out other answers

Since doctors and their close relatives adhere to medical guidelines less often than the rest of the population, what exactly explains this phenomenon? While homing in on an answer, the research team examined and rejected several hypotheses.

First, the lower compliance by those with greater access to expertise is unrelated to socioeconomic status. In society overall, there is a link between income and adherence levels, but physicians and their families are an exception to this pattern. As the scholars write in the paper, special “access to doctors is associated with lower adherence despite, rather than because of, the high socioeconomic status” of those families.

Additionally, the researchers did not find any link between existing health status and adherence. They also studied whether a greater comfort with prescription medication—due to being a doctor or related to one—makes people more likely to take prescription drugs than guidelines recommend. This does not appear to be the case. The lower adherence rates for doctors and their relatives were similar in magnitude whether the guidelines pertained to taking medication or, alternately, not taking medication.

“There are a number of first-order alternative explanations that we could rule out,” Polyakova says.

Instead, the researchers believe the answer is that doctors possess “superior information about guidelines” for prescription drugs—and then deploy that information for themselves. In the study, the difference in adherence to guidelines between experts and nonexperts is largest in the case of antibiotics: Doctors and their families are 5.2 percentage points less in compliance than everyone else.

Most guidelines in this area recommend starting patients off with “narrow-spectrum” antibiotics, which are more targeted, rather than “broader-spectrum” antibiotics. The latter might be more likely to eradicate an infection, but greater use of them also increases the chances that bacteria will develop resistance to these valuable medications, which can reduce efficacy for other patients. Thus for things like a respiratory tract infection, guidelines call for a more targeted antibiotic first.

The issue, however, is that what is good for the public in the long run—trying more targeted drugs first—may not work well for an individual patient. For this reason, doctors could be more likely to prescribe broader-spectrum antibiotics for themselves and their families.

“From a public-health perspective, what you want to do is kill it [the infection] off with the narrow-spectrum antibiotic,” Finkelstein observes. “But obviously any given patient would want to knock that infection out as quickly as possible.” Therefore, she adds, “You can imagine the reason doctors are less likely to follow the guidelines than other patients is because they … know there’s this wedge between what’s good for them as a patients and what’s good for society.”

Another suggestive piece of data comes from different types of prescription drugs that are typically avoided during pregnancies. For so-called C-Class drugs, where empirical evidence about the dangers of the drugs is slightly weaker, doctors and their families have an adherence rate 2.3 percentage points below other people (meaning, in this case, that they are more likely to take these medications during pregnancy). For so-called D-Class drugs with slightly stronger evidence of side effects, that dropoff is only 1.2 percentage points. Here too, doctors’ expert knowledge may be influencing their actions.

“The results imply that probably what’s going on is that experts have a more nuanced understanding of what is the right course of action for themselves, and how that might be different than what the guidelines suggest,” Polyakova says.

Still, the findings suggest some unresolved tensions in action. It could be, as Polyakova suggests, that guidelines about antibiotics should be more explicit about the public and private tradeoffs involved, providing more transparency for patients. “Maybe it’s better for the guidelines to be transparent and say they recommend this not because it is [always] the best course of action for you, but because it is the best for society,” she says.

Additional research could also aim to identify areas where lower expert adherence with guidelines may be associated with better health outcomes—to see how often doctors have a point, as it were. Or, as the researchers write in the paper, “An important avenue for further research is to identify whether and when nonadherence is in the patient’s best interest.”

Provided by
Massachusetts Institute of Technology

This story is republished courtesy of MIT News (web.mit.edu/newsoffice/), a popular site that covers news about MIT research, innovation and teaching.