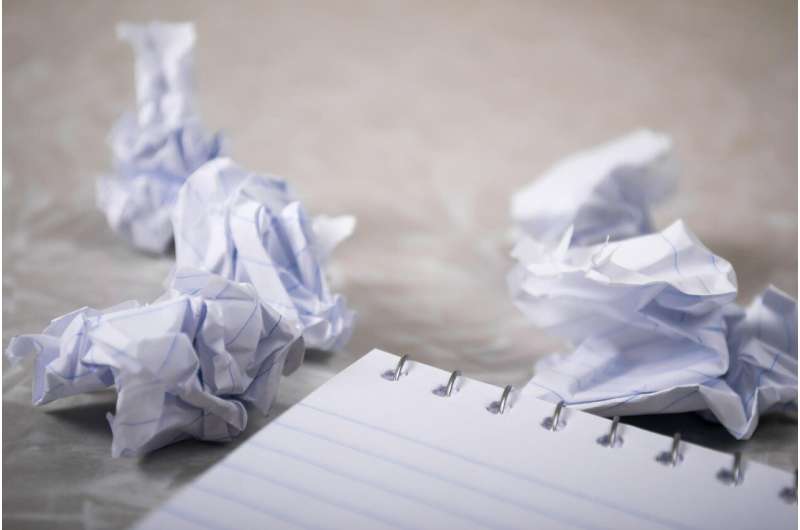 At one time or another, we’ve all felt paralyzed by a threat or danger.

In another test, the researchers successfully manipulated the neural circuit, so that rats overcame what would have been a paralyzing response to a danger and instead responded aggressively to the threat.

The neural circuit identified with stress response connects the caudal medial prefrontal cortex to the midbrain dorsolateral periaqueductal gray. Clinching the connection, and how it regulates stress, is important, due to the known physical- and mental-health impacts of chronic stress.

“A lot of chronic stress diseases like depression and anxiety disorders are associated with what we call a passive coping behavior,” explains Jason Radley, associate professor in the Department of Psychological and Brain Sciences and the study’s corresponding author. “We know that a lot of these conditions are caused by life stress. The simplest reason we’re interested in this pathway is thinking about it as a circuit that can promote resilience against stress.”

Previous research has identified the caudal medial prefrontal cortex-midbrain dorsolateral periaqueductal gray as a key pathway governing how animals respond to stress. Radley’s team confirmed the pathway’s importance by inactivating it, then observing how the rats responded to a threat. The rats could respond in two basic ways: One is passively, meaning in essence they did not move in response to the threat. The other is actively, through a range of behaviors, such as burying the threat (a shock probe, in the experiments), rearing up on hind legs, or seeking an escape route.

The researchers learned that when they inactivated the rats’ stress neural circuit, the animals responded passively, meaning they did not directly respond to the threat.

“That shows this pathway is necessary for active coping behavior,” Radley says.

Next, the researchers forced the rats to respond passively, by removing the bedding in their cage, which prevents them from trying to bury the threat mechanism. When the team activated the neural pathway, the rats switched their behavior, and responded actively to the threat. The active response occurred even though the animals were left without their bedding, which should have triggered a passive reply. Moreover, blood samples taken before and after the rats’ neural circuits had been activated showed their stress hormone levels did not spike when confronted with the threat.

“What that means is by activating the pathway, we saw broad stress-buffering effects,” Radley says. “It not only revived the rats’ active coping behaviors, it also restored them and greatly decreased stress hormone release.”

In a third set of experiments, the researchers subjected rats to chronic variable stress, meaning they were exposed to regular stress over two weeks. After the two-week conditioning, the rats were placed in cages and exposed to the threat. They responded passively, unwilling to move, and their stress hormones shot up, as the researchers had hypothesized.

The chronic stress test is important, Radley says, because humans face chronic stress. For reasons that are unknown, some people continue to carry those stress burdens, which can lead to physical and mental disorders. Others, though, show little to no past memory of the chronic stress. The researchers term this behavior “stress resilience.”

“It’s possible we can co-opt some of these brain circuits if we could understand the processes in the brain that can regulate resilience,” Radley says, though he adds this is not an imminent option.

The researchers plan to investigate the neutral connections that are upstream and downstream of the caudal medial prefrontal cortex-midbrain dorsolateral periaqueductal gray pathway.

“We don’t understand how these effects are altering the brain more widely,” Radley says.

The study, “Activity in a prefrontal-periaqueductal gray circuit overcomes behavioral and endocrine features of the passive coping stress response,” was published online Oct. 28 in the journal Proceedings of the National Academy of Sciences (PNAS).