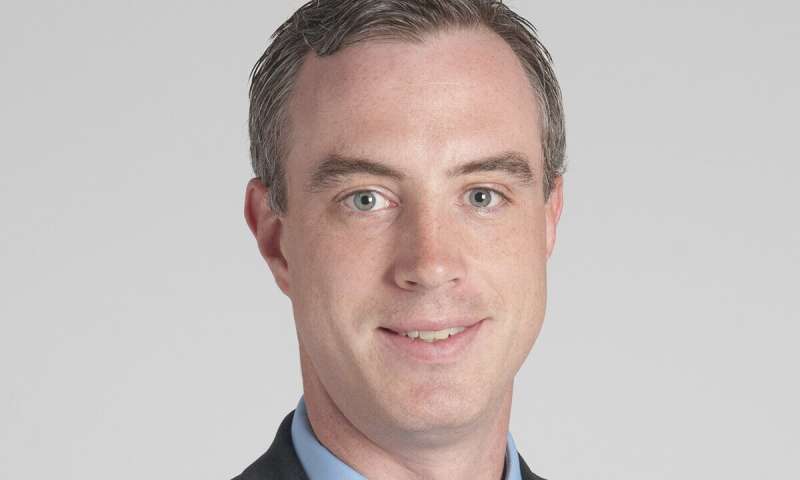 A new collaborative study led by Cleveland Clinic and University Hospitals has found that commonly used clinical indicators of immune status and inflammation can predict mortality in the general population.

Published in JAMA Network Open, the study showed that lymphopenia (a condition characterized by low levels of a specific type of white blood cell, called lymphocytes) is associated with death due to heart disease, cancer and respiratory infections, including influenza and pneumonia. This relationship between lymphocyte levels and mortality was observed independent of age, other blood-based immune markers and clinical risk factors.

“Scientists have gone to great lengths and expense to develop novel biomarkers to identify people at the highest risk for death and disease,” said Dalton, senior author on the study. “Here we have taken a more pragmatic approach—investigating the predictive power of components of a patient’s white blood cell count, which is collected as part of routine blood work during standard health exams. The complete blood count test is convenient, inexpensive and, as our findings suggest, may be used to help physicians screen for and prevent disease and disease-related mortality.”

In this study, the team analyzed data from more than 31,000 participants who were followed over the course of 12 years as part of the National Health and Examination Survey (NHANES). NHANES is a program of the National Center for Health Statistics, part of the Centers for Disease Control and Prevention. Study participants were representative of the general United States adult population.

While the association between lymphopenia and reduced survival was observed independent of age and traditional clinical risk factors, the strength of the association increased when low lymphocyte levels presented in combination with other blood abnormalities, including elevated red blood cell distribution width (a measure of the body’s ability to generate and maintain a healthy population of red blood cells) and levels of C-reactive protein (an indicator of inflammation).

Applied in practice, the study’s findings suggest, for example, that a 65-year old with a high-risk profile based on these three immune indicators—lymphocyte count, red blood cell distribution width and C-reactive protein levels—is actually at greater mortality risk than someone who is a decade older and has a low-risk profile.