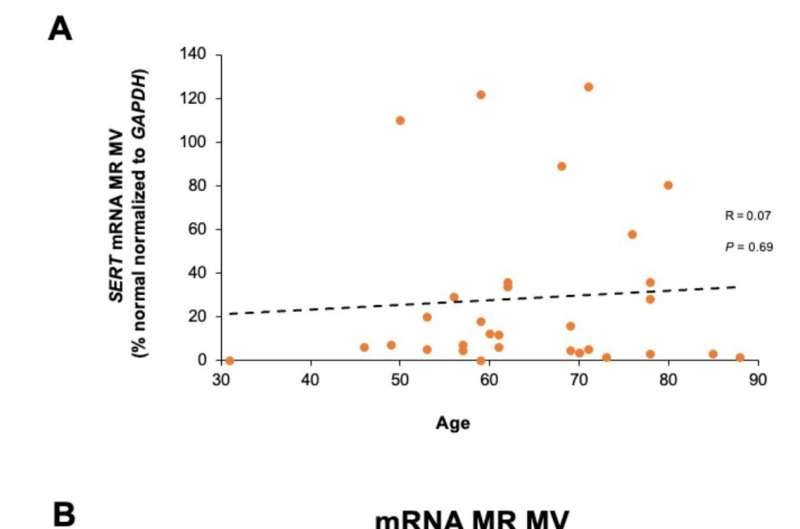 The neurotransmitter serotonin can adversely affect the heart’s mitral valve, contributing to a heart disease known as degenerative mitral regurgitation, according to a new multicenter study involving researchers from the Pediatric Heart Valve Center at Children’s Hospital of Philadelphia.

The study, which was co-led by CHOP’s Robert J. Levy, MD, and Columbia University’s Giovanni Ferrari, Ph.D., and also involved collaborators at the University of Pennsylvania and Valley Hospital Heart Institute, was recently published in Science Translational Medicine.

Although patients initially are asymptomatic, over time the mitral valve becomes thickened and deformed, and patients progressively feel tired and short of breath. As pumping becomes less efficient due to this leak, the heart needs to work harder. This extra work for the heart eventually causes congestive heart failure. Certain medications can ease symptoms and prevent complications, but they do not treat the underlying cause of the disease. If the degeneration of the mitral valve becomes severe, surgery to repair or replace the mitral valve is needed.

To better understand factors that contribute to the progression of the disease, CHOP researchers and their collaborators analyzed data from more than 9,000 patients who had undergone surgery for degenerative mitral valve disease and evaluated 100 human mitral valve biopsies, in addition to studying mouse models.

The researchers found that taking selective serotonin reuptake inhibitors (SSRIs)—the most commonly-prescribed antidepressants—was associated with severe mitral regurgitation, which required surgery at a younger age than those not taking SSRIs.

Through genetic analysis, the researchers identified genetic variants in a region of the SERT gene (5HTTLPR) that affect how active SERT is. Patients with two copies of a “long” variation of the gene that make SERT less active—one copy from the mother, and one from the father—had much lower SERT activity and required surgery more often.

Patients with this “long-long” variant were more likely to react to serotonin in a way that could change the shape of the mitral valve. Additionally, “long-long” mitral valve cells were more sensitive to SSRI treatment than cells from other variants.

The researchers noted that they did not find a negative effect with normal doses of SSRIs and that a healthy mitral valve may tolerate low SERT without deforming, as it is unlikely that low SERT can cause degeneration of the mitral valve by itself. They suspect that once the mitral valve has started to degenerate, it may be more susceptible to serotonin and low SERT.

“Our study shows that taking SSRIs and having the ‘long-long’ SERT genetic variant lowers SERT activity in the mitral valve,” said Dr. Levy, attending cardiologist in the Cardiac Center and the William J. Rashkind Endowed Chair in Pediatric Cardiology at Children’s Hospital of Philadelphia. “We suggest that assessing patients with known degenerative mitral regurgitation for potential low SERT activity by genotyping them for 5HTTLPR may help identify patients that may need mitral valve surgery earlier.”