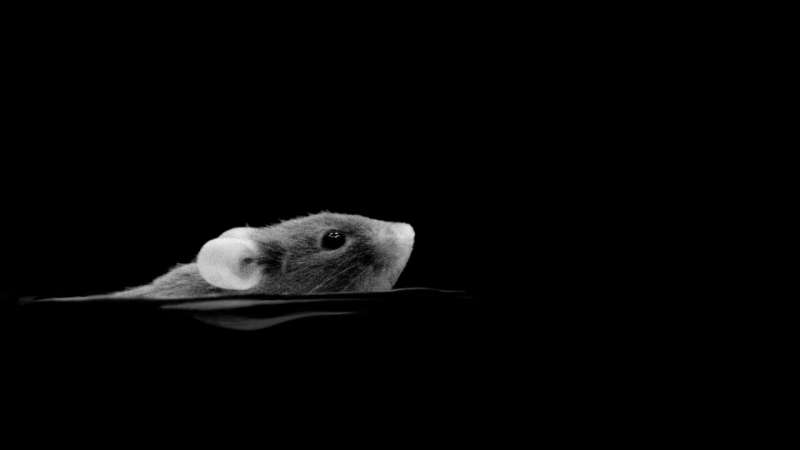 Mice use a specific neural pathway to detect shadows, and it can detect just about the dimmest shadows possible, according to new research from Aalto University and the University of Helsinki. The human eye has the same neural circuit, which researchers think could be used to probe visual diseases at unprecedented resolution.

To test shadow detection, the researchers put mice in a maze with nearly no light. The exit was marked by a black spot, just barely distinct from the surrounding darkness. By tracking how the mice moved through the maze and measuring the activity of neurons at the back of the eye—the retina—the team showed that a group of retinal cells known as OFF ganglion cells detected the extremely small dip in light levels.

“Our goal is to go from molecules all the way up to behavior,” says Professor Petri Ala-Laurila, who holds a joint appointment at Aalto and the University of Helsinki. This study builds on earlier work from his group which showed that ON ganglion cells are used to detect a very faint patch of light in darkness. “The opposite task would be detecting the dimmest shadows, where just a few photons are missing. Our hypothesis was that that’s what the most sensitive OFF cells do in starlight, because they increase their firing rate in response to shadows,” says Ala-Laurila.

The team also calculated the fundamental limit of shadow detection based on the physical properties of the light receptors and neural pathways. After accounting for unavoidable losses—for example, not every photon that hits a receptor gets absorbed—they found that the behavior and the retinal activity of the mice came very close to a perfect response. “Our tightly constrained modeling highlights that both visually-guided behavior and the most sensitive OFF ganglion cells are almost perfect shadow detectors,” says Dr. Johan Westö, one of the joint first authors of the study.

The research had to be done in nearly complete darkness in order to detect these differences. Nataliia Martyniuk, the study’s other first author, says that “the exquisite sensitivity of the visual system to the dimmest shadows sets high technical demands for the experiments that we carried out at these extremely low light levels.” At higher light levels, many more retinal circuits become activated, which would have made the analysis prohibitively challenging.

“Insanely dim shadows can be detected. Even just a couple of photons missing from a few thousand rod receptors is enough for the animals to detect a shadow,” says Ala-Laurila. “That probably relates to the huge evolutionary need to detect shadows because mice and other animals have evolved to avoid predators at really low light levels.”

These findings show how the process of making sense of incoming light—turning it into a mental picture—is distributed across different cell types that carry out different computational tasks in the retina. Within the eye, input from thousands of receptors cascades up to ON and OFF ganglion cells, which act as modules to specifically detect light and shadows, respectively.

“That pushes a lot of computation onto the retina, and doing this detection early on simplifies the task for downstream processes in the brain,” says Ala-Laurila. “We can demonstrate this principle in the eye at very low light levels. My guess is that it also applies at higher light levels and in other senses and other areas of neurobiology.”