During a throwback interview, when asked whether he had any concerns about being a dad at his age. Gere replied: “Not at all. No,” moving swiftly on from the subject. Although it cannot be known for sure whether it is a young family that helps keep Gere looking and feeling young himself, in the past the actor has revealed that meditation and following a specific diet have played a significant role in his lifestyle, both of which have been scientifically proven to help physical and mental wellbeing.

Once crowned “sexiest man alive”, Gere sat down with psychologists Daniel Goleman and Richard Davidson back in 2018 to discuss the benefits of meditation, which the star has been practising for years in accordance with following the Buddhist religion.

Gere started by saying: “There is no doubt that if you meditated for an hour you would feel different. This is the real deal.”

Going on to explain that before he began meditation he was a “horrible” person, with a reputation within Hollywood, Gere said that the art of meditation helped him to become “nicer” after he fell into a form of depression and “didn’t feel good”.

“I had an underlying sense of unwellness and existential crisis,” Gere continued to say. “As I looked around it was something in Eastern philosophy, specifically Buddhism, that was speaking to me. 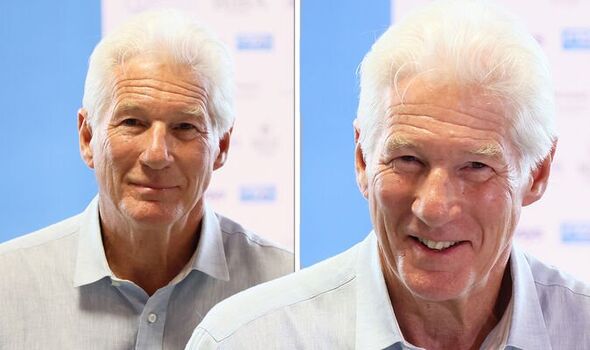 “The first meditation I did was zen meditation and it wasn’t an easy process.”

The actor, who has also starred in the likes of An Officer and a Gentleman, explained that when first trying the Japanese meditation, things were stirred up that he didn’t necessarily want to be stirred up, making it an extremely emotional process.

A clear advocate for meditation, experts Goleman and Davidson, who are the authors behind the book Altered Traits: Science Reveals How Meditation Changes Your Mind, Brain, and Body, explained that meditation changes the brain through neuroplasticity.

Goleman shared: “Neuroplasticity means like working a muscle, the more reps you do the stronger the muscle gets. The more you exercise a particular brain circuit, the stronger the connectivity.”

Davidson also commented: “We know that calming the mind can also have an effect on the body and improve our physical health in certain ways,” before joking that this is the real reason why Gere “looks so good”.

The term meditation refers to a variety of practices that focus on mind and body integration. The National Institute for Health (NIH) explains that some types of meditation involve maintaining mental focus on a particular sensation, such as breathing, a sound, a visual image, or a mantra, which is a repeated word or phrase.

For example, a 2020 review of 14 studies (including more than 1,100 participants) examined the effects of mindfulness practices on the blood pressure of people who had health conditions such as hypertension, diabetes, or cancer. The analysis found that for people with these health conditions, practising mindfulness-based stress reduction was associated with a “significant reduction in blood pressure”.

In addition, a 2019 analysis of 18 studies (1,654 total participants) found that mindfulness meditation practices “improved sleep quality more than education-based treatments”. However, it is important to note that the effects of mindfulness meditation approaches on sleep quality were no different than those of evidence-based treatments such as cognitive behavioural therapy (CBT) and exercise.

Finally, a 2019 analysis of 29 studies (3,274 total participants) showed that use of mindfulness practices among people with cancer “significantly reduced” psychological distress, fatigue, sleep disturbance, pain, and symptoms of anxiety and depression.

Despite these seemingly positive findings, the NIH notes that individuals should not use meditation or mindfulness as a replacement to conventional care or as a reason to postpone seeing a medical professional such as a GP about a medical problem, especially something as serious as cancer or hypertension. 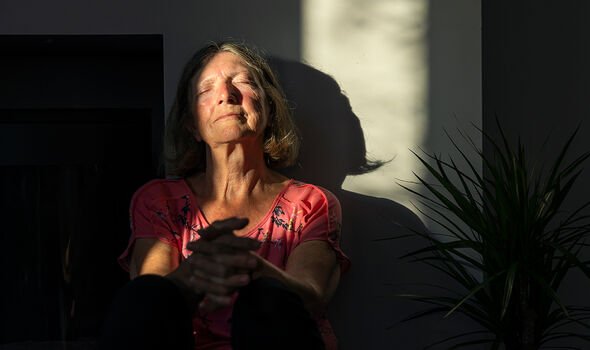 In addition to meditation, it is reported that Gere also follows a “strict” vegetarian diet, which could also be part of his buddhist beliefs. Scientifically however, the vegetarian diet tends to be high in dietary fibre and low in saturated fat and cholesterol (thus reducing the risk of heart disease).

It also naturally means a healthy intake of fruits and vegetables, which are full of essential vitamins and minerals, including calcium, potassium and vitamin C.

Not taking diet as seriously as his daily practice of meditation, Gere also shared his thoughts on mortality, which affects us all in the end. He said: “None of us are getting out of here alive, so please stop treating yourself like an after thought. If I would have known my life would end this way, I would have lived it more to the fullest enjoying everything I was told not to!

“Eat the delicious food. Walk in the sunshine. Jump in the ocean. Say the truth that you’re carrying in your heart like hidden treasure. Be silly. Be kind. Be weird. There’s no time for anything else.”