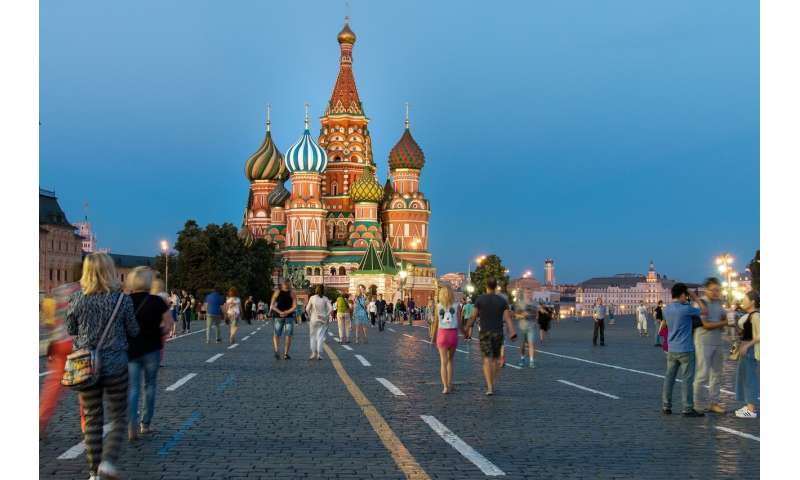 Russia on Friday reported a new record for daily coronavirus-related fatalities, as the country begins a mass vaccination drive.

Health officials reported 613 virus deaths over the past 24 hours, crossing the 600 mark for the first time since the beginning of the pandemic.

Total fatalities stood at 45,893, while infections jumped to 2,597,711, placing Russia’s caseload fourth-highest in the world.

Russia has reported a much lower death rate than other badly hit countries, raising concerns that authorities have downplayed the pandemic.

Data published by the country’s federal statistics service on Thursday indicated excess deaths of nearly 165,000 year-on-year between March and October, suggesting virus deaths could be much higher.

Although Russia’s second wave has continued to surge in recent weeks, the country has refrained from reimposing a strict nationwide lockdown as it did in the spring.

Kremlin spokesman Dmitry Peskov on Friday said that despite the uptick in deaths there were no plans for a new lockdown, though some cities have reintroduced quarantine measures.

Authorities in Russia’s second city Saint Petersburg this week warned of an imminent lockdown and shuttered restaurants for the New Year holidays.

Russia was one of the first countries to register a vaccine—dubbed Sputnik V after the Soviet-era satellite—but did so before beginning final clinical trials.

Although the jab is still in its third and final stage of clinical trials involving some 40,000 volunteers, Moscow last week began innoculating people in high-risk groups, including medical workers and teachers.

Last month Russia’s defence ministry announced that a mass vaccination campaign has been rolled out in the military, aiming to inoculate over 400,000 servicemen, including 80,000 by the end of this year.