A schoolboy who had been in a three-week coma woke up after his mother brought his favourite Lynx deodorant into intensive care.

Kacper Krauze, 13, got into difficulty while paddling with friends in the River Eden, Cumbria, in February of this year.

Unable to swim, he ended up completely submerged in the freezing water for 25 minutes, according to witnesses.

His lifeless body was eventually pulled from the river by emergency services, when medics from the Great North Air Ambulance worked to restart his heart.

He was brought back to life on the way to hospital, but was fighting for his life in a coma after being starved of oxygen because of his ordeal.

It wasn’t until his mother, Wioletta Krauze, brought the deodorant he used every day into the intensive care unit that Kacper woke up. 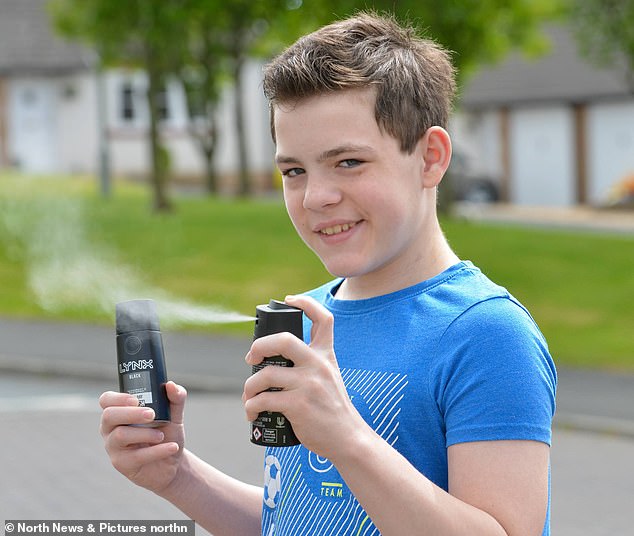 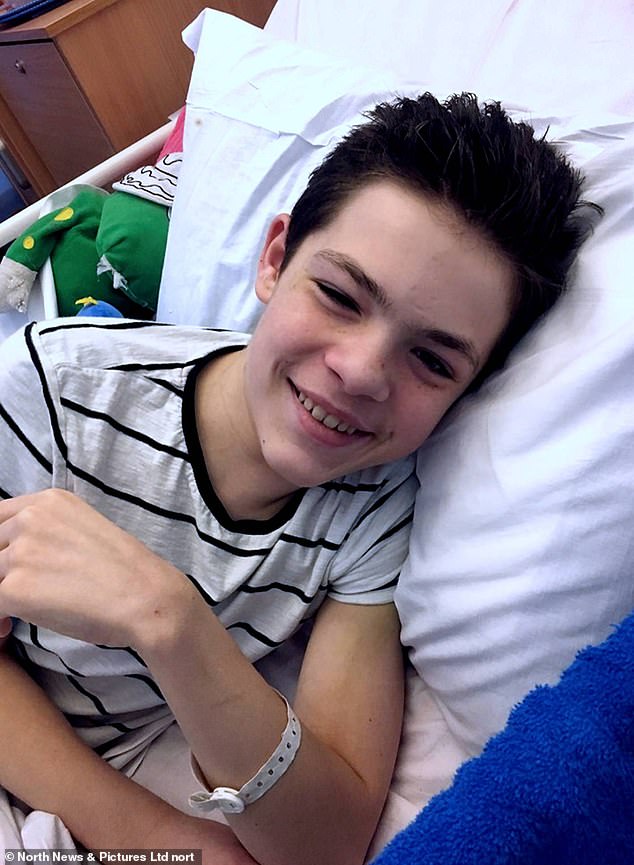 Kacper, 13, had got into trouble while paddling with friends in the River Eden, Cumbria, in February of this year. He was in a coma for three weeks (pictured in hospital) 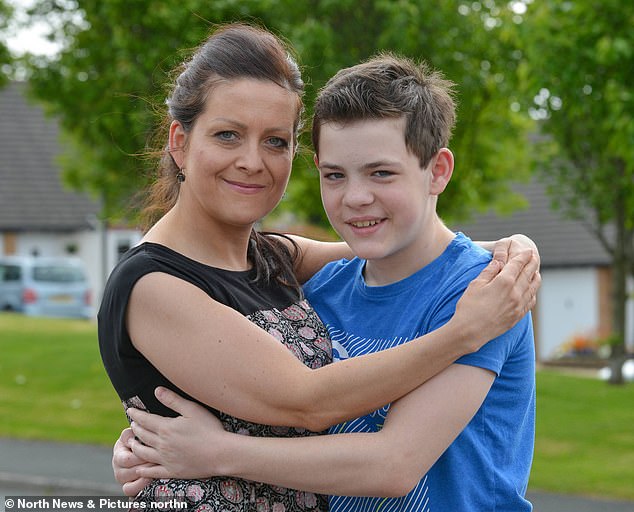 Wioletta Krauze, 43, said it was a ‘miracle’ he woke up. Pictured with Kacper after the incident

‘We had tried everything to wake him up. A nurse had suggested I bring in some of his toiletries to wash him with.

‘As soon as I spayed the Lynx he opened his eyes immediately. He must have remembered that was his favourite smell.

‘He has always absolutely loved Lynx and he still wears it to this day.

‘We had tried so hard to get him to wake up from his coma. We had played music, we had spent hours talking to him.’ 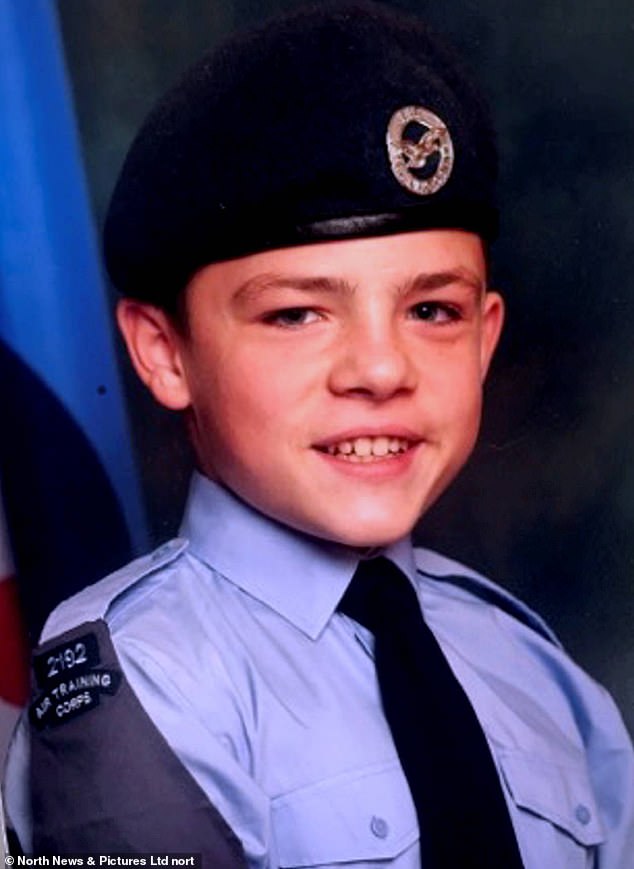 Kacper, of Appleby, Cumbria, is believed to have gotten into difficulty because the water was so cold. He cannot swim. Pictured before 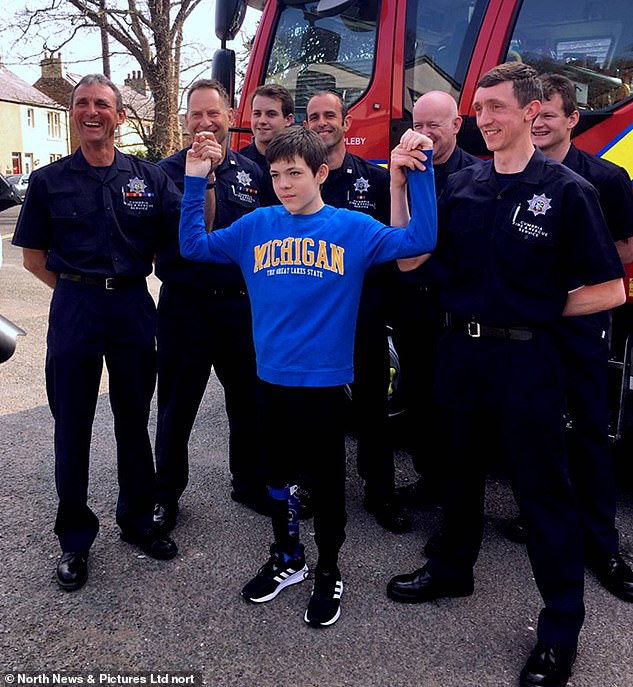 Kacper’s lifeless body was eventually pulled from the river by emergency services, when medics from the Great North Air Ambulance worked to restart his heart. Pictured, Kacper meeting the team that helped rescue him

HOW CAN LYNX AROUSE SOMEONE FROM A COMA?

Research suggests stimulating the main senses – touch, hearing, vision and smell – could potentially help a person recover from a coma.

It is recommended by the NHS that visitors talk to the person like normal, hold their hand, play their favourite music through headphones, put flowers in their room or spray their favourite perfume – such as Lynx.

A coma usually only lasts a few weeks, during which time the person may start to gradually wake up and gain consciousness.

Scientists have previously shown that hearing the voices of loved ones helps coma victims wake up more quickly.

In a study, scientists at Northwestern University in the US played recordings made by family members four times a day for six weeks to six coma patients.

All recovered faster than the normal rate, according to the research published in the journal Neurorehabilitation and Neural Repair, with MRI scans showing increased neural activity in response to the sound of a loved one speaking.

In 2015, it was reported that a Chinese man suddenly awoke from a year long coma when nurses waved some cash under his nose.

Doctors had never seen anything like it in their career – one sniff of a 100 yuan bill (£11.42/$14.49) was all it took to bring back Shenzhen resident Xiao Li back to consciousness.

Mrs Krauze added: ‘But in the end it was the Lynx which did it. I just couldn’t believe it.’

Families are recommended to stimulate the senses of those in a coma by talking to them, holding their hand, playing music and spraying familiar scents.

Research suggests that it reduces the time taken for someone to wake up, and in some cases it has taken an individual memory, smell or sound to suddenly arouse the patient.

On the day of Kacper’s incident, Mrs Krauze and her taxi driver husband Marek, 50, got a panicked phone call from someone in their town to say their son was in difficulty in the water.

It is understood Kacper fell into the water while paddling with friends because he was in shock at the freezing temperatures.

Kacper cannot swim, and so he quickly got into difficulty. However, the details of what exactly happened are unclear.

Mrs Krauze, who is also mother to Karol, 19, said: ‘We ran to the car and raced to the river. When we arrived Marek and Karol waded into the river to try to find him. I was crying and screaming.

‘Somebody called the fire brigade and it was a fireman who jumped in the river and pulled him out.

‘He had been in the water for a really, really long time. He had drowned.

‘They told us later that in the air ambulance a doctor gave him another electric shock and after four electric shocks they could finally feel a pulse.

‘He had been brought back to life but he remained in a coma. His condition was very, very bad, I was praying like mad.’

A coma is a state of unconsciousness where a person is unresponsive and cannot be woken.

It can result from injury to the brain, such as a severe head injury, stroke, severe alcohol poisoning or a brain infection. 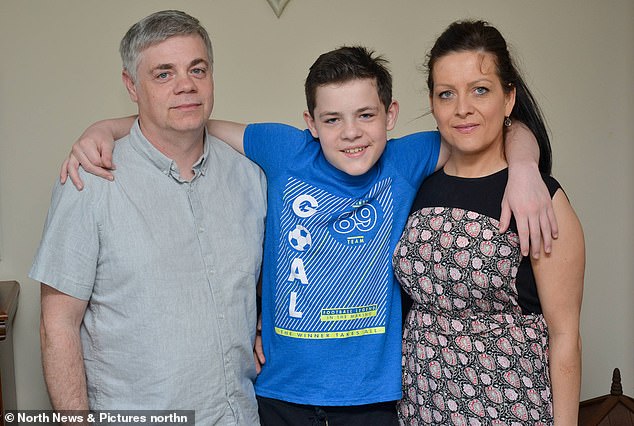 Mrs K and her taxi driver husband Marek, 50, got a panicked phone call from someone in their town to say their son was in difficulty in the water. Pictured at their home in May 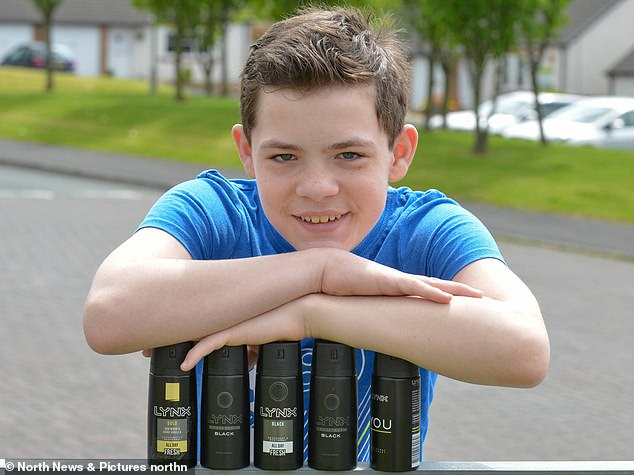 In Kacper’s case, it was caused by a lack of oxygen due to drowning, which sufferers of a heart attack may also experience.

Kacper was taken to Freeman Hospital in Newcastle where he remained in intensive care.

Mrs Krauze said: ‘We were next to him all the time, all the time. But it took a can of Lynx to bring him round.

‘Kacper still struggles a little with his speech and using his right hand but apart from that he has made a full recovery.’

Kacper said: ‘I am really grateful to all the doctors, nurses and the Great North Air Ambulance for saving my life.

‘I have always absolutely loved Lynx. It’s my favourite smell. It always has been. I never thought it would bring me round from a coma.

‘I will continue to wear it now, always. It’s my lucky charm.’