Men should stop using cannabis for at least six months before they hope to father children, scientists have warned.

Researchers took sperm samples from 12 men who used the drug at least once a week and found it altered the DNA of their swimmers.

Changes were found in the DNA that codes for both growth and organ development, with such genetic mutations even being linked to cancer.

Although unclear whether these changes may be passed on to their children, the scientists behind the study have advised men to assume the worst. 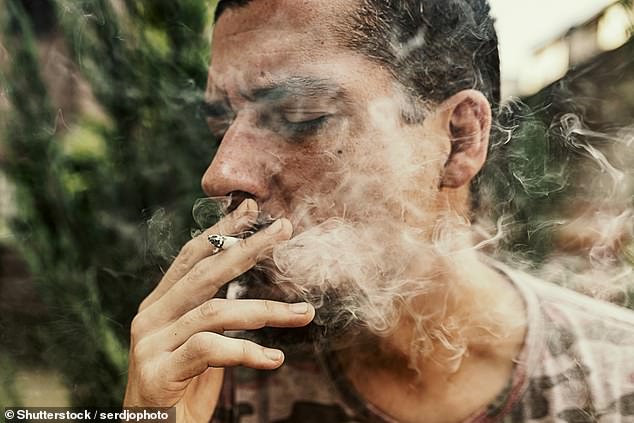 The study, published in the journal Epigenetics, was led by Dr Susan Murphy at Duke University.

In the first study of its kind, sperm samples were taken from healthy men – aged 18-to-40 – who claimed to use cannabis at least once a week for the past six months.

These samples were compared against the sperm of 12 men who had not used cannabis in the past six months and had used it a maximum of ten times throughout their lives. Urine samples confirmed their marijuana use.

When the DNA of the participants’ sperm was analysed, the researchers found cannabis is linked to genetic changes.

And the higher the amount of THC in the men’s urine, the stronger the changes of carrying mutations were.

It is unclear whether these changes influence a man’s fertility or get passed on to his children – the affected sperm may not even be healthy enough to fertilise an egg.

But the affected genes are linked to organ development and growth, and have been associated with cancer if they become disregulated.

Although concerning, the researchers note not many men were included in their study and that other factors – including nutrition, sleep and alcohol – can also affect sperm.

They plan to carry out a larger trial that also investigates if the effects of cannabis on sperm get reversed in cannabis users if they stop taking the drug.

The scientists also hope to test the umbilical cord blood of babies born to fathers with cannabis-alerted sperm to determine if any DNA changes are passed down.

‘We know that there are effects of cannabis use on the regulatory mechanisms in sperm DNA but we don’t know whether they can be transmitted to the next generation,’ Dr Murphy said.

‘In the absence of a larger, definitive study, the best advice would be to assume these changes are going to be there.

‘We don’t know whether they are going to be permanent. I would say, as a precaution, stop using cannabis for at least six months before trying to conceive.’

‘What we have found is that the effects of cannabis use on males and their reproductive health are not completely null,’ said study co-author Dr Scott Kollins.

‘There’s something about cannabis use that affects the genetic profile in sperm.

‘We don’t yet know what that means, but the fact that more and more young males of child-bearing age have legal access to cannabis is something we should be thinking about.’

More than 180million people use cannabis around the world, the authors wrote. The drug is legal for either medical or recreational use in more than half US states.

Among 26-to-34 year old men, 20.6 per cent admitted to using cannabis in the past year, The National Survey on Drug Use and Health reported in 2015.

‘Since mean paternal age for first child in the United States is 27.4 years, a substantial number of males of child-bearing age may have recent exposure to cannabis at or around the time they conceive,’ the authors wrote.

Research on public health outcomes in states where recreational use is legal has yielded a mixture of positive and negative outcomes.

As they were early adopters, much of this research focuses on Colorado and California.

Colorado saw a six percent drop in opioid overdose deaths in the two years following the legalization of recreational cannabis there, according to a study published in 2017.

Perhaps unsurprisingly, more adolescents use marijuana in any other state in the US.

But, since weed was legalized for recreational use in 2014, teens have actually been drinking less alcohol, using other drugs less and even using cannabis at the lowest rates in a decade.

There has been an uptick in hospitalizations for marijuana exposure in states where the drug is legal for recreational use.

So-called ‘drugged-driving’ has climbed sharply in states where marijuana is legal.

In fact, in 2016, half of all people who died in car accidents had marijuana, opioids or both in their systems at the time of death, according to a Governors Highway Association study.